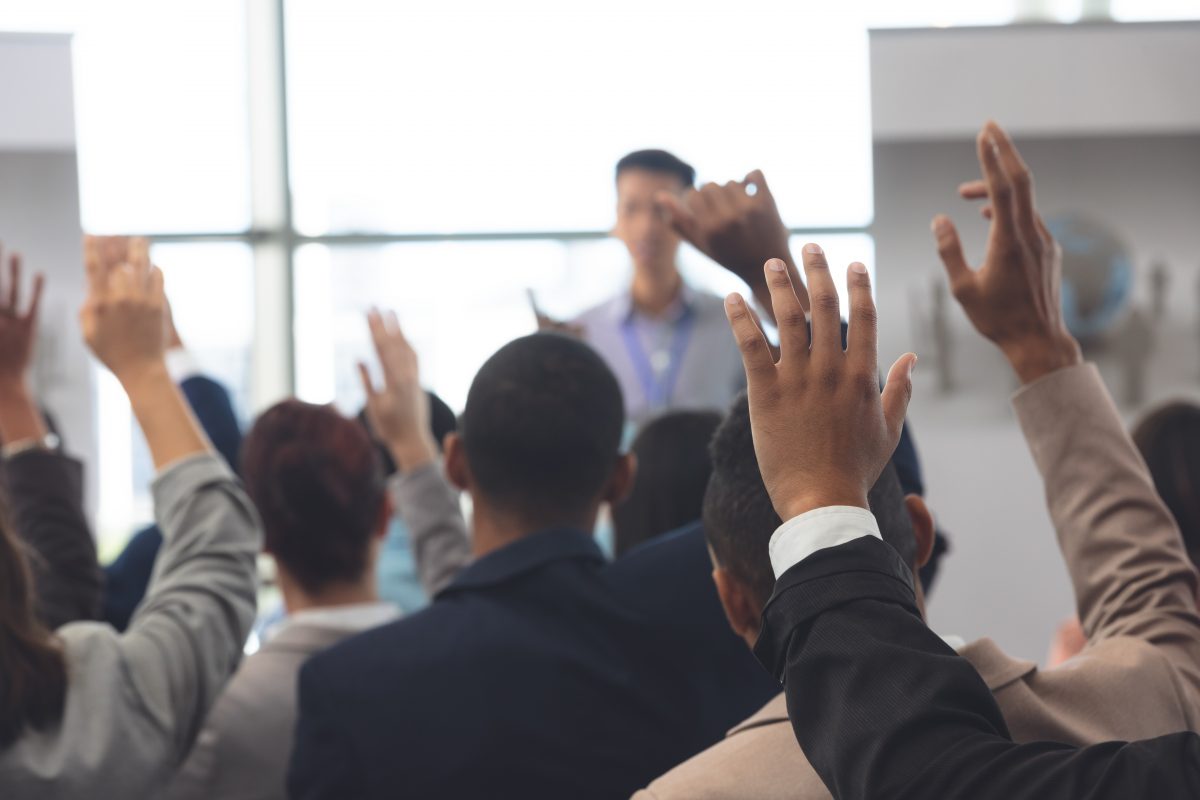 Editor’s note: This article has been updated to include information about UNC-Charlotte, which responded to a public records request after publication.

Higher ed leaders love committees and training sessions. The technocratic mind that rules campus sees a problem and usually decides that the solution is more resources and education. Once the money is spent and the trainings, workshops, and seminars are completed, then the problem is solved.

Since the death of George Floyd, colleges have issued apologetic statements about institutional racism and made grand resolutions to become “anti-racist.” It seems that spending on diversity, equity, and inclusion initiatives will continue to rise as they have in recent years.

A Martin Center analysis has found that, at some of the largest UNC schools, money to outside organizations keeps flowing for diversity-related software and trainings.

In the past, colleges would hire diversity lecturers to give an hour-long speech here and there. Now, the trainings are more in-depth and expensive. North Carolina State University, the University of North Carolina at Chapel Hill, UNC-Wilmington, UNC-Greensboro, East Carolina University, and UNC-Charlotte have spent at least $317,090 since 2016 on third-party diversity programs, according to public records.

The question remains, however, of how much good they do. Diversity trainings may actually enhance politicization and racial bias on campus and teach moderate liberals and conservatives to keep their heads down—without benefiting minority students. The existing evidence on how effective diversity trainings are at reducing racism is not encouraging.

UNC-Chapel Hill is close behind with $75,125 in third-party diversity contracts. The vast majority of them went to the Racial Equity Institute, an organization based in Greensboro that offers training to schools, businesses, and non-profit organizations. REI ran a number of two-day workshops and virtual trainings at Chapel Hill in 2019 and 2020 and served as a “key instructor” for a seminar course entitled “Leading for Racial Equity: Examining Structural Issues of Race and Class” at UNC’s Gillings School of Global Public Health. Only $4,025 of UNC’s spending didn’t go to REI; Visions, Inc., a non-profit training organization that specializes in diversity and inclusion, received one payment.

UNC-Charlotte spent $41,000 in 2019 and 2020. One contract brought in Damon A. Williams of the Center for Strategic Diversity Leadership and Chance for a two-day residency. The first day, Williams spoke with students “to gain insight into the things that UNC Charlotte should be paying more attention to in discussions with faculty and staff,” according to his contract with the university. The second day, Williams met with a diversity working group “to present several evidence-based ideas associated with diversity, inclusion, and belonging.” Their other contract was with Craig Elliott, dean of students at Samuel Merritt University in California and a diversity consultant, to run “identity-conscious workshops for supervisors” in 2020 and 2021.

Other UNC schools spent much less:

The spending is likely to grow to show a commitment to “anti-racist” action. At UNC-Chapel Hill alone, 13 separate entities on campus had published diversity statements by September. They pledged to do more for non-white students, condemned the systemic racism of society at large, or called for more action to promote racial equity on campus.

Even before those statements, the campus diversity apparatus was experiencing an economic boom. “Average dollars dedicated to DEI budgets increased by 33.7 percent from 2014-2015 to 2018-2019,” a pro-diversity analysis on Insight Into Diversity noted.

That growth has benefited private companies and non-profit groups alike. For example, DiversityEDU is a private training company that sells colleges a license to use its software “for engaging students, faculty, and other academic professionals in growing diversity and inclusive culture within their institution,” according to a three-year contract UNC-Greensboro signed in 2018. NC State signed a similar agreement.

In fact, DiversityEDU cited NC State as a positive case study for its cultural competence training for faculty, which made one faculty member “aware of microaggressions” and helped him “discuss sensitive but important topics” with new people.

The company markets itself to colleges, high schools, and corporations to teach “diversity skills and concepts,” and has contracted with dozens of colleges. In its advertising, DiversityEDU says its training makes participants more likely to intervene during a microaggression and that they report “significantly increased self-competence with diversity skills.”

Everfi is similar to DiversityEDU, but offers online training software related to alcohol and substance abuse, mental health and well-being, and sexual assault prevention in addition to its diversity and inclusion software. (While researching this article, the Martin Center found that Appalachian State University signed a three-year, $106,000 contract with Everfi in 2018 for sexual assault prevention for faculty and staff). Everfi says it has worked with more than 1,300 colleges and universities.

For in-person and online workshops, the Racial Equity Institute uses a “groundwater approach” to explain racism and racial equity. The problem, they say, is institutional; racism isn’t limited to individuals—it is systemic and affects higher education, the economy, and the criminal justice system. REI has worked with UNC-Chapel Hill, UNC-Greensboro, and UNC-Charlotte, Suzanne Plihcik, a co-founder of REI, said in a Martin Center interview.

It’s hard to give much detail about the content of trainings and workshops; details aren’t publicly available. DiversityEDU has declined to provide course content to other publications, and REI provided an overview of services it offers but declined to share information about its work with UNC without the university’s approval, saying it would be inappropriate to do so. Appropriate or not, it means the public cannot evaluate the content of the training sessions—even though UNC schools receive public funding.

For all the money pouring into diversity efforts, however, the academic research suggests it’s not effective at making people more inclusive or less racist.

For all the money pouring into diversity efforts, however, the academic research suggests it’s not effective at making people more inclusive or less racist.

Microaggressions, for example, feature prominently in DiversityEDU. “Our randomized, mixed methods study shows that students who take DiversityEdu are more likely to engage with diversity, intervene during a microaggression, and use accurate diversity terminology,” its website states. DiversityEDU also boasts that “Anonymous feedback from over 150,000 course takers shows that DiversityEdu helps learners make better decisions and monitor bias.”

But a problem remains: “Very little empirical research has been conducted to actually substantiate the ubiquity of microaggressions, to catalog the harm they cause, or to refine the authors’ initial taxonomy,” Musa al-Gharbi, a sociologist at Columbia University, argues.

“With regards to demonstrating the harm caused by microaggressions, there has been very little engagement with contemporary cognitive or behavioral research—and virtually no experimental testing. Instead, advocates have relied almost exclusively on small collections of anecdotal testimonies, from samples that are neither randomized nor established as representative of any particular population,” al-Gharbi writes.

Concepts like microaggressions, privilege, and implicit attitudes are popular among progressive political activists, and with a political monoculture on campus dominated by the left, very few administrators are willing to criticize their use. The moral vocabulary is established—campus leaders contort themselves to support inclusion and racial equity—and so diversity trainings and workshops proliferate. That the concepts and ideas in them don’t have much evidence supporting them is a minor concern.

That moral vocabulary can garner strong support among adherents, but it runs the risk of undercutting a university’s mission. UNC-Chapel Hill’s published mission of lux, libertas that depends on academic freedom is immediately followed by its “commitment to diversity and inclusion.” But if criticism of diversity initiatives is seen as politically suspect, how can “light and liberty” carry the day?

The uncritical acceptance of diversity trainings also carries the risk of undermining genuinely worthwhile diversity goals. After running through the research on diversity-related training, al-Gharbi argues that the outcomes of training are “terrible:”

For the substantial sums that UNC schools put into diversity training and initiatives every year, the actual benefits may be non-existent.

The academic research is often vague and incomplete. Students and faculty may learn the opposite of what administrations wanted. Instead of putting that money into academic tutoring or mental health counseling that could help minority students succeed, it goes toward hiring more diversity bureaucrats. That sort of effort and change is hard—but requiring diversity training is easy and concrete. (DiversityEDU, for example, will add in the school’s photos, mission statement, and a custom introduction and conclusion—for $1,300).

Without a 32-member University Diversity, Equity & Inclusion Council, could Chapel Hill really claim to be fighting the systemic racism and white supremacy that it denounces?

On one level, students understand the performative aspect of these trainings. Leah Dacosta, a progressive student at Boston College who took DiversityEDU in 2018, argued it was oversimplified and questioned if it actually worked:

How could an online module facilitate any worthwhile discussion? Why was the school’s first action on diversity an online program and not a physical commitment to establishing diversity on campus and truly welcoming people of diverse backgrounds?…It seemed like an easy way for the university to say that it had addressed the problem without actually having to create meaningful change.

Students might embrace the new moral vocabulary on campus and its political demands, but they also know when colleges are simply checking a box. University faculty have shown that they can criticize and pick apart bad research on many topics. It’s time that diversity initiatives receive the same treatment.