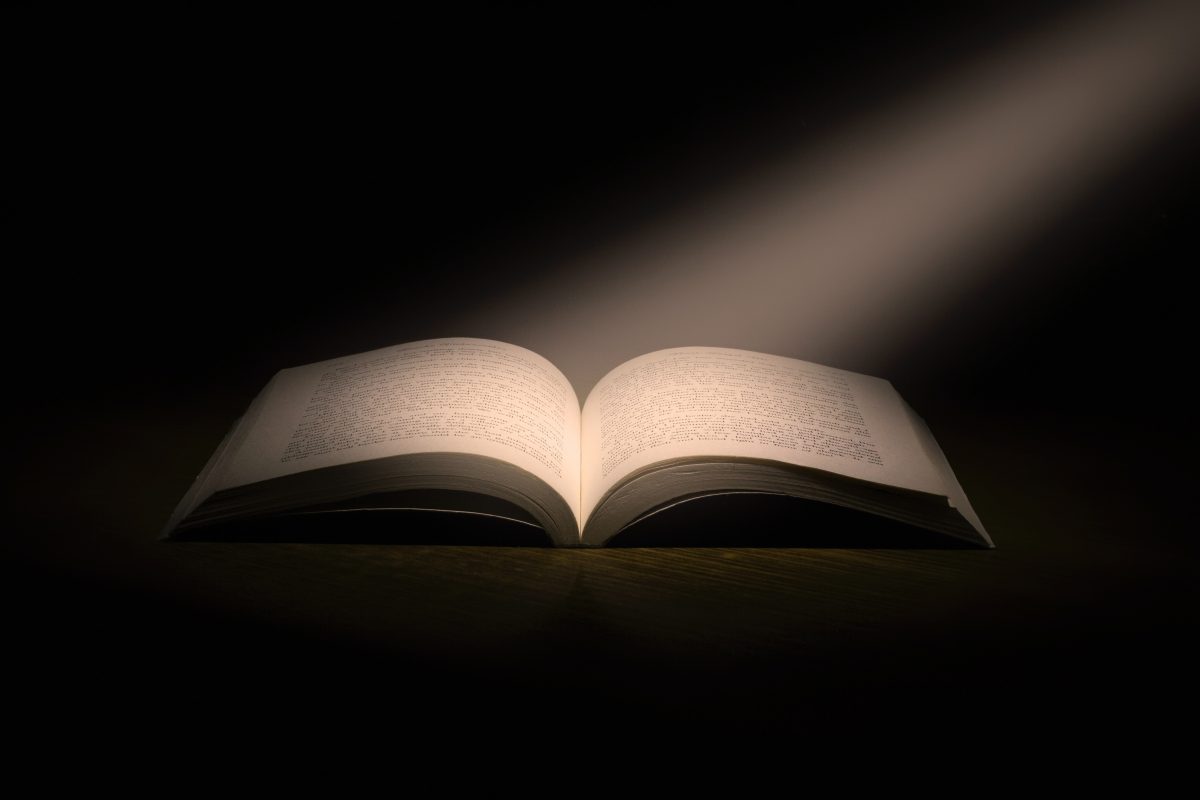 Conservative thinkers are mostly united on the need for reforming the American college system, but they’re divided on how to do it. It can be hard to pin down, exactly, what is to be done, as the Martin Center has previously reported.

So it may be worthwhile to step back and look at what proposals are on the table.

Some may be utopian, others too targeted to have national implications, but they all aim to improve our flailing institutions that all-too-often cheat students out of a good education.

Some advocates say the only way to fix higher education is to create alternative institutions.

One advantage of this approach is that a few case studies exist: Hillsdale College in Michigan takes no federal money and is a pipeline of sorts into conservative policy circles. Grove City College in Pennsylvania is a similar, though less noted, example, as is the College of the Ozarks. This strategy actually works. It does not fix the mess of public higher education, but it gives students the option to avoid a campus that is hostile to conservative ideas.

The problem is that these are niche alternatives. Hillsdale and Grove City don’t have the prestige of Harvard or the University of Michigan on a grad school application. And elite grad schools dominate in academic circles. For conservative-minded young intellectuals, Hillsdale is a fine choice. But for a pre-med student, or someone more interested in finance or something outside the Realm of Ideas, there is no Hillsdale-like alternative.

Some new attempts, like Thales College, want to keep costs low and require internships while students study so they gain real-world experience. The question is how many entrepreneurs want to jump into higher ed and become the Bob Luddy of California, Ohio, or Florida. An alternative is necessary, but this approach to reform doesn’t affect the state funding of higher ed; it’s giving students a way to avoid the problem, rather than fixing the problems of public higher education.

Institution-building is hard, and gaining prestige is even harder. So rather than leaving prestigious institutions, conservatives could mentor and support promising students at elite colleges. That’s the preferred route for groups like the Institute for Humane Studies.

Academics are strongly left-leaning, so ensuring that a few conservatives stay on campus can make a difference. At the undergraduate and graduate levels, much good can come from supporting students interested in open debate and a genuine liberal arts education. Funding student travel for conferences or paying for their pizza at group meetings may do more than much of what is currently offered for “fixing the academy.”

The problem here is that these graduate students may not stay in academia (given the rotten job market), and may be pushed out by political litmus tests like diversity statements. Also, if the IHS approach succeeds too much, student or faculty affiliation could become stigmatized, much like many in higher ed treat funding from the Charles Koch Foundation as proof of fascist (or, even worse, neoliberal) sympathies.

Yet, when funding promising students, continuity on campus becomes a problem. When they graduate, the connections often end. One way to avoid this short-term problem is to fund professors running interesting, rigorous programs on campus.

These programs can build a professor’s reputation on campus as an ally to students who are out of step with the majority campus opinion and also expose students of all stripes to arguments they wouldn’t otherwise hear. Dozens of these programs exist, making it easier for the reform-minded to give their support locally. For example:

The problem with this approach is that they are, mostly, heavily dependent on grants and donations. Unless a professor has the time and passion to develop it, they don’t last. That usually means a professor must have tenure, as the pressure to focus on research and publishing is high on the non-tenured.

The previous ideas are mostly local and focused on students and faculty. Another way is to organize disgruntled alumni to push for policy changes and governance reform. A small circle of alumni who care about the direction of their alma mater can have a strong influence.

That path isn’t easy, though, as most official alumni associations are either left-leaning or glorified university PR agencies. Even so, independent alumni groups are now forming, such as the Jefferson Council for the University of Virginia and similar groups for George Washington University and the University of Texas at Austin.

While some alumni are locked out of institutional power, they have financial power in their donations. If concerned alumni pull donations, explain why, and demand changes, then university policy might change. Strong arguments about the importance of giving students a rigorous education and faculty academic freedom protections sometimes don’t hold water like a financial loss and negative media attention.

If the university has gone off the rails, then maybe the institution’s board can fix it. Hence, the desire of some conservatives to take control of a board of trustees or governors to renew the fading academy.

Usually appointed by the governor or state legislature, boards of trustees in theory serve as watchdogs over university leadership. Yet, in practice, they usually serve as a rubber-stamp for whatever administrators want to do.

Rubber-stamping is also, as conservatives have found out, difficult to stop.

Take the University of North Carolina system as a case study. Despite the vitriol and doomsaying in recent years about Republicans choosing more appointees for the board of governors, UNC has not seen a radical conservative shift, nor has its state funding been reduced.

Instead, appointees have been relatively moderate, more interested in their seat for its political capital than in making the state’s colleges better, and quickly back down when any controversy arises. The changes desired by progressives have been merely delayed, not defeated. Perhaps in other states, this pattern will be broken.

Until then, conservatives may get a sympathetic ear from governing boards on free speech issues, but they have not done much to lower tuition, stop administrators from molding students in their own image, or pump the brakes on the athletics and edifice arms race.

Use the state legislature

So, if governing boards are feckless, why not turn to state legislatures to fix the academy?

In recent years, dozens of states have passed free speech bills to ensure the First Amendment is not curbed on campus. State legislatures have also passed laws so athletes can profit from their name, image, and likeness, something the NCAA strongly opposed until it was forced to accept the change. More controversially, a number of states have proposed or passed bans on compelling students to embrace “harmful divisive concepts,” understood as targeting critical race theory.

In states like Idaho, the bill signed into law by the governor makes it clear that students cannot be compelled to adhere to a belief in the superiority or inferiority of any race (or other characteristics), and emphasizes the importance of dignity and nondiscrimination by race, for any reason. The law will mean changes for “student affairs” programming like freshman orientation and diversity training that students must complete. Those trainings tend to be politically progressive, treat progressive views of race as settled fact instead of up for debate, and don’t actually reduce racial discrimination and prejudice. Idaho’s law does not, contra low-quality reporting from some media outlets, ban critical race theory from college classrooms, nor does it ban talking about the horrors of racism—it bans educational institutions from demanding that students personally affirm critical race theory.

However, some of these proposed bills are overly broad and poorly written. As FIRE notes, bills in Ohio, Pennsylvania, and Wisconsin directly violate academic freedom on campus. Those bills would have a chilling effect on open discussion.

Well-crafted laws may not do enough, however. The Constitution and Supreme Court precedent clearly protect free speech on campus, yet dozens of students, faculty, and administrators see their rights violated every year (from the left and the right). Laws may do little when campus culture is illiberal and hostile to the norms of academic freedom. The legislature can’t compel students to wrestle with ideas they disagree with or professors to invite speakers they don’t like.

Cultural and philosophical rot may be too deep for legal action to change.

If college is such a mess, then maybe young people shouldn’t bother.

Clever youths interested in business could choose programs like Praxis, the Thiel Fellowship, or make their own way by unschooling themselves. Less-official programs could also start locally, with college reformers encouraging young people to stop thinking of college as the only option, or mentoring them as they try internships or work experience without college.

A number of the college-aged would find success in working their way up in a business or doing a series of internships. Entering the trades or trade school would also give them life experience without college debt.

The reform goal here is to treat college as a plan B, not the default. Some fields will require a degree—there’s no path for an upstart accountant, lawyer, or nurse that doesn’t go through higher education. But in those cases, ensuring young people get through college quickly without compromising their future is its own sort of reform attempt.

How appealing college as plan B is to young people, instead of “college with no/little debt,” is unclear. Yet, given the number of students who drop out, giving students a path forward by opting out of college is underrated.

The dream of utopian reactionaries and conservatives who feel their backs against the wall, the abolition of higher ed would resolve all higher ed hysterics by shutting them down and remodeling the Ivory Tower into low-rate apartments and fast-casual restaurants.

If the Ron Swanson “bring all of this crumbling to the ground” plan isn’t possible, however, perhaps defunding public higher education could rein in the university and pare it down to its primary—academic—duty.

Cutting state higher ed funding, however, isn’t easy. Idaho’s legislature recently passed a $2.5 million cut as a statement against critical race theory and progressive “social justice” on campus. But states are hardly disinvesting in higher education. If reformers want state legislatures to rein in higher education by restricting funding, they’ll need a long-term plan for how to do so, and a long-term vision. Even though the public doesn’t like political indoctrination from student affairs officers, they still send their children in droves to higher education institutions. Until viable alternatives to college for the average young person crop up, parents won’t be willing to gamble on their children’s futures by defunding higher ed.

For all the college reform ideas (aside from the moonshot of abolition), there’s a guiding light: Change happens locally. It starts with making connections with young people, like-minded reformers, and community leaders. Higher ed is too sprawling, decentralized, and diverse for one approach alone to renew the academy. What will be key is building public support and taking initiative to right the current wrongs.

The goal of higher ed reform cannot be “how to make universities more conservative.” Higher ed has lost its way due to politicization and a cancerous growth into areas beyond academic concern.

The solution to that is to reorient institutions to their purpose of educating young minds for the individual and common good, not to make them bastions of political conservatism.

Anthony Hennen is executive editor of Philadelphia Weekly. Previously, he was managing editor at the James G. Martin Center.