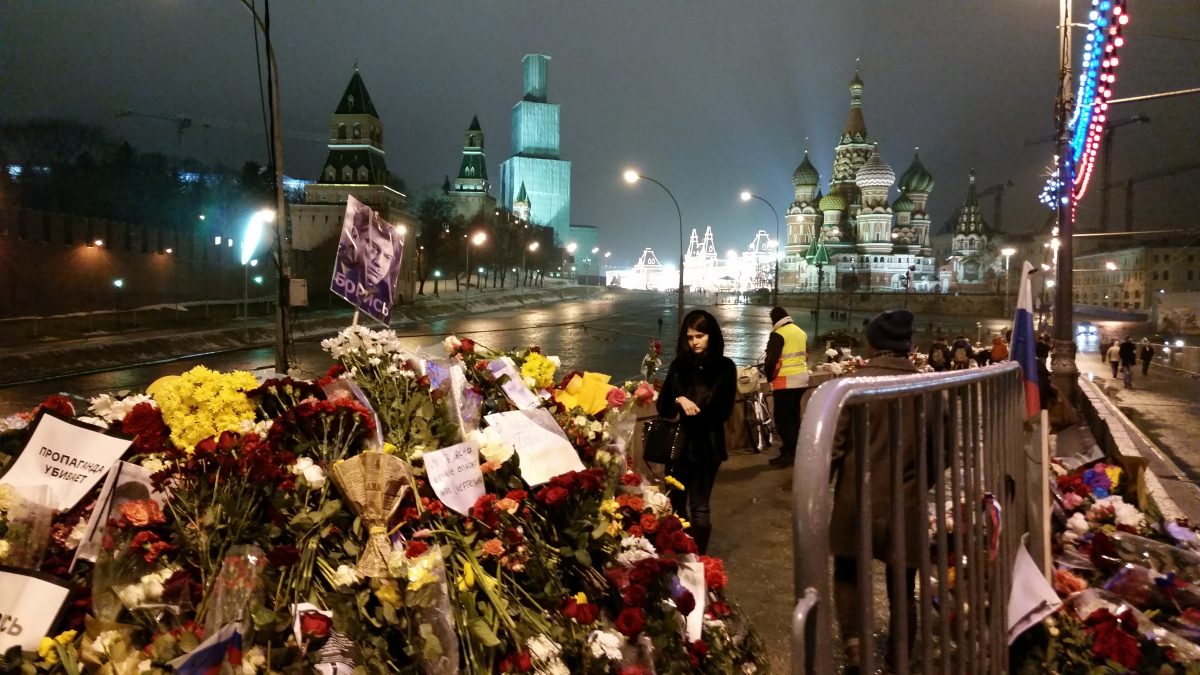 The institutions of the West have lost much of their power to conserve the past for future generations. Lately, this has manifested within higher ed as a short-term outlook that reacts to world events, steering students and academics alike away from studying the culture and history of countries deemed problematic.

Due to the imperialistic actions of Russia against Ukraine, colleges have drawn a hard line against Russia in ways they’ve avoided doing for other countries committing human rights abuses, such as China and Saudi Arabia. By doing so, they are failing in their duty to guide students to a better understanding of the world in which they live.

With the abhorrent Russian invasion of Ukraine, colleges have been quick to respond as true anti-intellectuals, stigmatizing Russian art and culture in ways they wouldn’t dare with other countries.

Just a few examples: The University of Colorado at Boulder declared it would not fund any research tied to Russian entities. Vermont’s Middlebury College canceled its Russian study-abroad program. MIT ended its partnership with a private research institution in Moscow—which MIT helped establish.

The anti-Russian response has not been as feverish as anti-German cultural destruction during World War I or the anti-Japanese human rights violations of World War II. However, the current fretting about Russia shows the decline of arts and humanities to be a significant issue in higher ed.

A culture that took seriously the achievements of Dostoevsky, Akhmatova, Bulgakov, and Stravinsky could not consider ending study-abroad programs or canceling adaptations. The gatekeepers and preservers of culture would understand that doing so cheats the young of their inheritance while passing collective political guilt onto a society of the present and the past.

They would also note the double standard of jettisoning Russia while running cover for totalitarians like the Chinese government. Perhaps they might notice the financial incentives, as well. Only 1,400 American students studied abroad in Ukraine and Russia in 2018, NPR reported, while the 300,000 Chinese students studying in the United States (and the billions of dollars that China provides to American higher ed) help colleges ignore double standards.

Beyond the hypocrisy of higher ed, not reading Russia, not understanding Russia, and not visiting Russia is a particular loss for Americans, as Russia and America overlap in extraordinary ways.

My own travels around Russia have hammered this home. The ethnic variety, the vastness, the insularity, the national pride, and the vision of the countries as world-historical bind Russia and America. Our histories split dramatically, as do our cultural views—for example, the American happy ending vs. the Russian long-suffering one—but the similarities and contrasts can make us wiser, just as Aeschylus and Thucydides of ancient Greece do.

I landed in Moscow in March 2015, three days after the assassination of Boris Nemtsov, an opposition leader in the State Duma and a vocal critic of Vladimir Putin. This was almost a year after Russia annexed Crimea from Ukraine. Much like today, war-fervor was alive and well, with the public supportive of the annexation.

There’s a common American conceit that all cultures and societies would like to be like America, were it not for repressive governments preventing it. Yet, that’s not true. Putin is objectively popular. The alternative to him, as seen by many Russians, is chaos, struggle, and submission to outside powers. There’s a reason why Ukrainians mock the idea of any good Russians being left.

Illiberalism and pro-war sentiment do not mean that art is dead, however. Russians take culture seriously. The Lenin statues and hammer-and-sickle imagery remain thick across the country—alongside the Pushkin statues. Metro cars, where men quickly give up their seats for women, are filled with readers on their commutes. Museums are crowded. Contra the adage that creativity and art require the freedom of a liberal society, the arts still find a way.

The Russians I met had a pride in being Russian similar to Americans’ pride in being American. Some grabbed my arm to stop me and ask where I was from. They wanted to know if I was enjoying my visit and what I thought of Russia. Many people offered tips of what to see and where to go, and some showed me around their cities.

Once, when I tried to reach the train station in Irkutsk, one person after another passed me off, dragging me onto the next public minivan to ensure I made it. I also watched elderly Russians shame younger ones for talking with Americans and heard comments about how Putin is strong and protects them from the USA.

My travel notes at the time flagged the political paranoia:

They’re proud of Russia, determined to show its greatness. Everything is possible to them despite any grip on reality that would run contrary. The Kremlin has done a thorough—and terrifying—destruction of independent media in the country. Russia is defending itself—and winning. The West and America are the bogeymen, fascists in the bushes. It will not end well. Russians, educated or otherwise, are satisfied.

Liberal democracy, especially in the form of American political values and institutions, is not inevitable. It is not natural. It evolved from a particular history, a particular understanding of religion and society and the common good, and it is often contentious abroad.

The Russian experience is one of an expansionist power without ocean buffers to keep Germans or Mongols at bay. Its philosophy and perspective on life is influenced by Eastern Orthodox Christianity and modern totalitarianism, as opposed to Enlightenment philosophy and Roman Catholicism or Protestantism. The Russian mind struggles with different tensions than does the American mind. These differences should remind us that history and the future do not follow ironclad laws or the dictates of ideology.

Nor should we overlook the shock and destabilization of the 1990s and the 2000s. Russia’s economic transition away from Communism was more chaotic and less free-market-oriented than many assume, especially when compared to countries like the Czech Republic and Poland. The Chechen Wars, the Kursk submarine disaster, the Moscow theater hostage crisis, and the Beslan school siege left psychological scars, as did the assassination of journalists.

Understanding Russia should spur a reconsideration of American ideas about politics and culture. When our tribal connections and partisan leanings obscure the lessons of our history, we can look to Russia to understand our own situation better because we don’t feel the pull of emotional loyalty; we can wrestle with uncomfortable ideas.

If students can’t put aside their emotions and political beliefs about abortion, race, and economics in the American context, perhaps they can when talking about Russia.Our universities should be the first place to understand that usefulness. To keep American students in the dark about Russia leaves them poorer and less prepared to understand international politics as well as their own. Russian history is filled with moments of societal breakdown, of reform and attempts at freedom, of tension between religion and the state, and of external and internal threats.

If students can’t put aside their emotions and political beliefs about abortion, race, and economics in the American context, perhaps they can when talking about Russia, since the stakes aren’t so high.

There’s also a thorny parallel that remains and should make us consider the treatment of Russian culture and history: American foreign policy. The last 20 years of American invasions and “kinetic military actions” did not exactly drape the United States in glory. If anything Russian is off-limits in polite society, what’s the reckoning we face?

Anthony Hennen is a reporter for The Center Square in Pennsylvania and previously the managing editor of the James G. Martin Center.