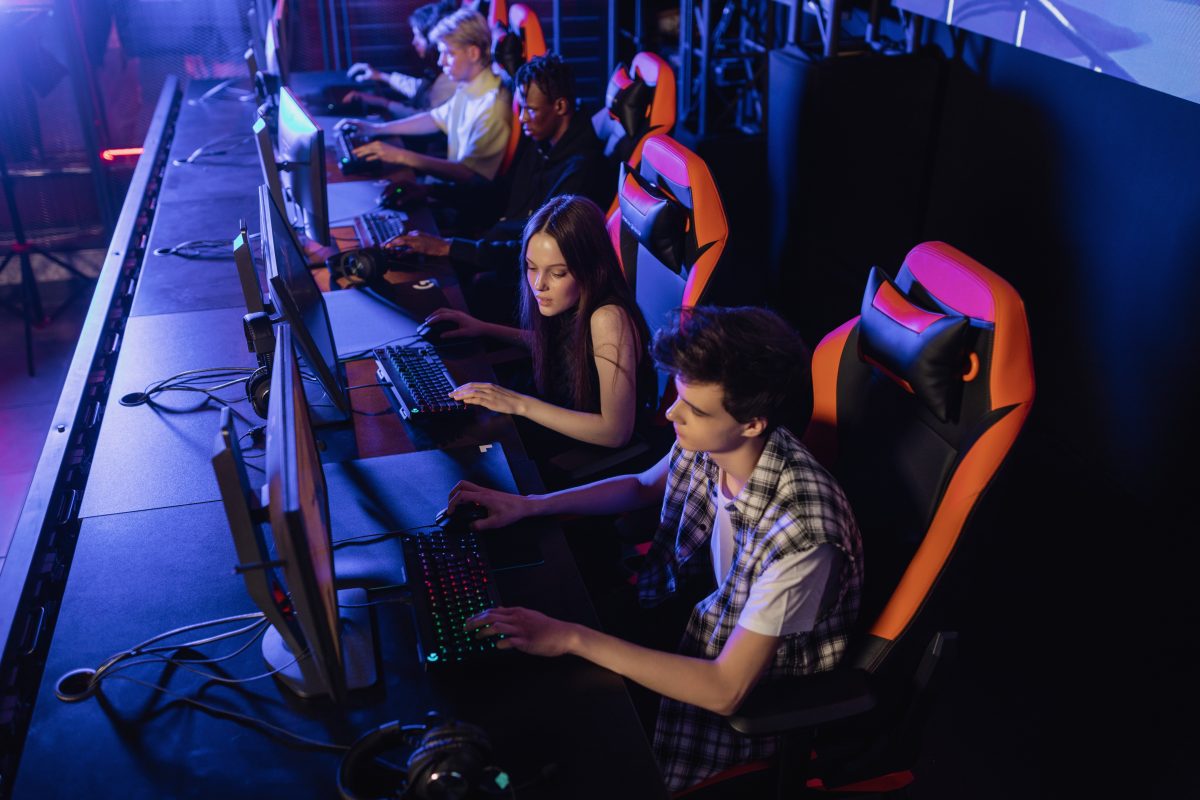 However, the expensive esports arenas in which students compete, and the annual budget commitments that come with new programs, have only attracted sponsors in a few places. Aside from a handful of standout programs, most esports programs have had little success in bringing revenue to their colleges. While esports is cheaper to get into than football or basketball, it may still be another financial weight.

When colleges announce these programs, they sell them as low-cost and high-reward. Many colleges brag about how esports will attract sponsors and students. Esports are seen as a recruiting tool, especially for small colleges that aren’t widely known. Though hundreds of colleges now have esports teams, new programs still claim to be innovative. Esports may attract a few students who would otherwise not enroll, but it requires a big investment. Building an esports arena isn’t cheap.

Public records show what universities have spent on arenas:

Arenas can be more humble, like Kennesaw State’s spaces with a couple dozen computers, or more bespoke with a broadcast studio and training rooms, like at Ohio State.

In addition to the initial spending for an arena, annual esports budgets can also be quite steep:

Some industry boosters argue that the average cost of starting an esports program is $46,000 with a budget of $23,000, but that is nowhere near the case for a public university with an official (not student-led) program.

In some cases, it’s hard to get a full view of the program.

Public universities are cagey about sharing sponsorship contracts and details. Ohio State and the University of Utah both declined to share all sponsorship details with the Martin Center, calling the information a business secret. Georgia Tech was the only university of about 20 to demand a fee for their esports records. Miami University in Ohio claimed that “a public office is under no duty to seek out and retrieve records that contain specific information that is of interest to a requestor,” despite receiving the same request to which 15 other colleges responded.

The University of California-Irvine has delayed the Martin Center’s records request for 9 months; it remains unfulfilled. Similarly, Arizona State University, North Carolina Central University, and UC-Berkely did not respond.

It may be best for them to stay mum—other universities who were more forthcoming showed that getting sponsors for esports is a difficult task. Most esports programs aren’t getting more than nominal sponsorship deals.

But one university is: Boise State University is the gold standard of esports sponsorship deals. Over a three-year period, Broncos’ esports has made sponsorship agreements that total about $550,000. Living within the program budget isn’t easy, though: Despite sponsorship revenue, Boise State esports still had a $144,000 deficit in 2020.

The investment in esports at Boise State is for the long-term, said Doc Haskell, the head coach of Boise State esports and a clinical associate professor. Their future plans, Haskell said, are “to continue to develop it as a varsity-tier sport/activity, not dissimilar to football, and to develop it in those terms.”

Part of that development comes from finding local support. In April 2020, the Idaho Central Credit Union signed a three-year, $450,000 deal to be “the official banking partner of Boise State eSports,” appear on the team’s jerseys, and create a digital marketing campaign that targets students. The value of the sponsorship is in the credit union getting in front of students.

Haskell emphasized that colleges don’t need to go for large, national companies in their chase for sponsorships. “That’s not the way it’s gonna work,” he said. “Sponsorship and partnership will largely remain a local and regional opportunity…it’s always gonna be those smaller relationships that add together to create viability.”

“Our job is to get in the local paper a few times a year…that’s why we spend money on esports,” Haskell said.

School rivalries can fuel the creation of new programs like esports. “It’s the petty jealousies—and all of us in collegiate esports rely on that, on our tribe wanting us to beat one another,” Haskell said. “It’s the same thing that football programs have always used…our program unites us against the common foe.”

Other universities have a similar strategy.

In 2019, Ohio State received an in-kind donation from Dell computers valued at $33,500 as well as a deal with Continental Office to be “the preferred furniture sponsor of Ohio State Esports,” but refused to disclose financial details.

Places like Boise State, Ohio State, UT-Dallas, and UNC, however, are exceptions to the rule. Those large schools have national name recognition and are successful in traditional sports. Public regional colleges and small private schools struggle to do the same.

Sponsorships aren’t the only source of revenue esports programs can turn to. Some universities also have “gaming cafes” where students and the public can play.

Gaming cafes are a way to use the esports arena (or another space) as an amenity to attract students. The University of Washington earned about $75,000 from its arena in 2019-2020 (its esports operating budget was $71,000), but the pandemic prevented it from operating in 2020-2021, which resulted in a $53,000 operating loss. Rutgers University has also built an esports center where students pay an hourly rate to play, but its opening was delayed by COVID-19.

UT-Dallas has a gaming cafe, but it’s open to students for free; Bill Petitt, the director of athletics, wrote in an email that making it free to students “was done to promote the organic growth of esports on campus.” More growth means more revenue streams: media rights, merchandising, and advertisements are all in the pitch deck for collegiate esports programs.

Though startup costs are lower for esports than a traditional sports program, one rule is the same: only a few top schools make money.

If dozens of students enroll thanks to esports, if sponsorship agreements cover some costs, or if the institution bolsters its brand, then perhaps the costs are worth the investment. Many esports supporters think it is, seeing esports as a way to cater to student demand, just as a rec center or a drama program would. Every program doesn’t need to turn a profit.

But few colleges can succeed in this space, in the same way that few colleges are powerhouses in basketball, lacrosse, or academics. Yet rare is the college president, or university trustee, or dean of student affairs who can resist the siren call of expansion.

As the traditional college-aged population declines over the next decade, competition for students will be fierce. Hundreds of colleges big and small have already established esports, either as varsity programs or as a student amenity. Arenas are going up, from state flagship campuses to community colleges, and that will continue in the future. Unless the college has a savvy development officer, donors aren’t funding it—the public is.