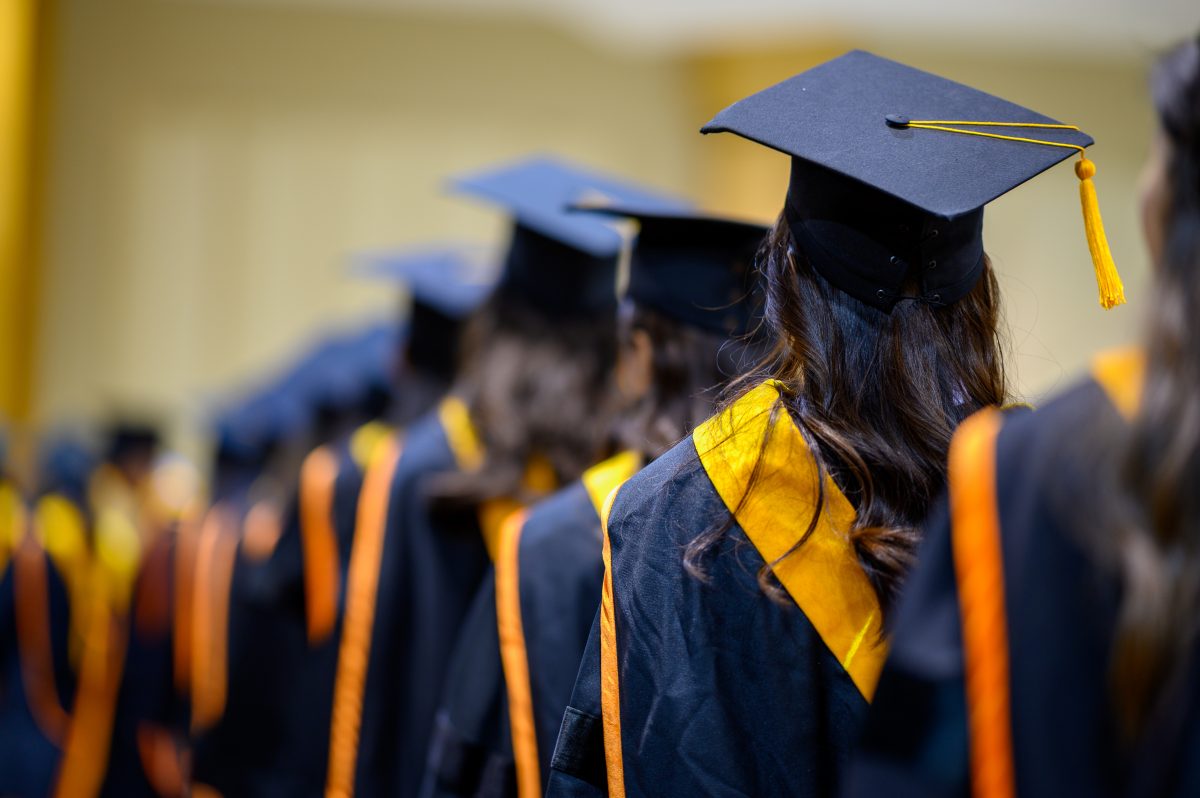 It’s no secret that higher ed reformers have struggled to offer a compelling alternative to free college and loan forgiveness offered from the left. This failure is partially because conservatives and libertarians are usually on the defensive about higher ed policy.

In response to that problem, the American Enterprise Institute organized a panel discussion titled “The Next Conservative Higher Education Agenda,” to argue about higher education policies conservatives should support. Rick Hess, AEI’s director of education policy studies, opened the discussion by framing the panel as a chance to talk about what conservatives are for, not what they’re against.

The discussion ranged from hot-button topics like student loan forgiveness and free speech on campus to more technical concerns about accreditation practices and how to “unbundle” degree programs to cut costs and improve quality. Altogether, the panelists offered a reasonable and viable narrative to compete with the left.

Some of the most interesting ideas from the AEI event emerged when panelists discussed how to expand access to a college degree. They argued that conservatives should focus on innovation and transparency rather than criticizing more government spending to fund free college or lower tuition costs.

Andrew C. Kelly, senior vice president of strategy and policy for the University of North Carolina system, promoted the idea of unbundling college education services. As many students pay full tuition for online-only classes and fees for health, career counseling, and other on-campus services they can’t access, the pandemic has highlighted how college services need not be packaged into a single “take it or leave it” product.

A major reason college is so expensive is because academic departments, extracurricular activities like student clubs, athletics, and meal plans are offered all together. Kelly argued that policy barriers should be cleared away so that cheaper, unbundled degree programs can become more readily available to students who want to pay for classes—but not dorms, campus amenities, or other add-ons (my framing, not his).

Interestingly, Kelly also challenged conservatives to clarify their views on the value of a college degree. Any limited government agenda for higher education should be clear on whether more or fewer people should be pursuing a college education.

Beth Akers, a resident scholar at AEI, stressed a need for more transparency around the benefits and costs of specific colleges and degree programs so that students can make better-informed decisions. Until this happens, in her view, colleges won’t have a reason to cut costs because too many families have been captive consumers who will pay almost anything for a degree.

That data could be used for a government accountability framework to limit federal aid from funding colleges or programs that don’t pass a debt-to-income test. Students would be able to skip bad programs and public funding wouldn’t prop up programs that only give students more debt.

With Democrats controlling the White House, the House of Representatives, and the tiebreaking vote in the Senate, student loan forgiveness plans are the top issue for higher education policy at the federal level. But AEI Beth Akers argued that conservatives need to bring context to this conversation. She pushed back against the popular narrative that the student debt crisis is concentrated among those with large loan balances who are working low-paying jobs.

“The people who struggle the most are actually those who have small balances,” Akers said. “A lot of that is because people start college, but they don’t finish. They don’t have a degree that gives them access to higher-paying jobs, but they still have to then pay back their debt.”

Throughout the discussion, Akers stressed that the true problem with federal student loans isn’t large balances. She’s right. After all, people with postsecondary degrees see substantially higher lifetime earnings when compared to their peers without degrees—additional earnings that outweigh the costs of taking on student loan debt to get a college education. This suggests that, despite the high cost, higher education is still worth it for most borrowers.

Instead, Akers argued the real problem is the risk of taking on debt to start college when many students never finish.

To address this risk, she suggested a conservative agenda that includes “frontloading” federal grant aid to students that is typically spread over their four or more years of college. That change would provide more aid in the early years of college so that the financial risk of trying college without finishing is lower for students. Not only would frontloading aid help a large number of dropouts avoid higher debt, but it also wouldn’t mean more government aid.

Other student loan reforms included simplifying repayment plans for high-debt, low-earning borrowers to get relief, capping maximum borrowing at $50,000 per student, and collecting loan payments through the federal tax code so that repayments automatically come out of paychecks and intermediate loan servicers are unnecessary.

Free expression on campus has been one of the most widely covered issues in higher education. But assessing whether student or faculty censorship is a systemic issue and not driven by high-profile anecdotes at a handful of elite universities can be difficult.

Adam Kissel argued that challenges to free speech on campus are widespread. Citing a large-scale survey led by the Foundation for Individual Rights in Education (FIRE), Kissel pointed out that students at all kinds of campuses routinely reported feeling hesitant to express their viewpoints and frequently self-censor for fear of how their campus administration could respond.

Lowering the risks of trying college, protecting free speech on campus, beefing up transparency, spurring innovation in campus services—all these ideas can be unified as giving more choices to more families.

Further, Kissel emphasized that formal free speech policies at a college aren’t always correlated with that campus’s free speech culture. For instance, he noted that even the University of Chicago, while receiving high marks from FIRE for its robust policy protecting free expression, still has problems with its free speech culture. Chicago students still feel uncomfortable openly sharing their views.

But what should a conservative or libertarian agenda be in response to this problem? Andrew C. Kelly cautioned against heavy-handed interventions from state or federal policymakers in policing campus speech policies.

One reason is because protecting campus free expression with government policy could get difficult since, based on Kelly’s observations at the UNC system, censoring or chilling speech isn’t done by faculty as much as it is by other students. This is sound advice, especially given past efforts from the Trump administration to cut federal funding from universities that spend funds on progressive campus programs.

There’s too much of a risk that policymakers—either on the left or right—could use their power to selectively censor speech they don’t like.

Instead, Kissel advised proponents of limited government to avoid a direct policy response to the campus free speech problem and instead strive to model good behavior by supporting open conversations and campus debates.

In a concluding question, AEI’s Rick Hess asked the panelists how they can promote a coherent higher education narrative without being technocratic or reactionary. In response, Andrew C. Kelly emphasized the importance of “choice.” Lowering the risks of trying college, protecting free speech on campus, beefing up transparency, spurring innovation in campus services—all these ideas can be unified as giving more choices to more families.

While it was refreshing to hear smart conservatives outlining a trail forward for higher education policy in the post-Trump era, it’s hard not to see reform as an uphill battle. Ideas like unbundling a college education or funding colleges based on graduate performance sound bold and risky, no matter how they’re packaged. Additionally, conservatives and libertarians need to find agreement on topics like the ideal number of college students or what should determine government aid.

Selling a higher ed agenda akin to that proposed by the panelists requires not only better marketing but also better research. The public needs a clearer understanding of how those proposals will expand access to useful and affordable degrees, and why innovation will be more effective than more government funding. The key will be high-quality case studies such as this research on performance-based funding at Texas community colleges and on providers who are already unbundling college services.

One thing is clear—these conversations need to continue and happen more frequently.

Christian Barnard is an education policy analyst at Reason Foundation and a senior contributor with Young Voices.