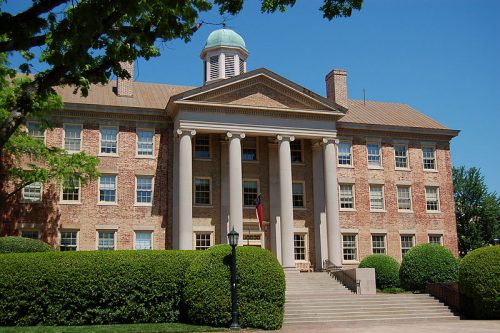 In June 2017 the North Carolina General Assembly requested that the state’s university system conduct a thorough analysis of its diversity and inclusion efforts as part of an ongoing assessment of programs’ cost efficiency and performance.

Within three months from now, the legislature will receive a report that catalogs the system’s diversity procedures rather than criticizes its deficiencies. Should the legislature accept the report’s conclusions, diversity jobs will be safe from scrutiny even while university costs continue to climb.

To the researchers who conducted the report, every job and program within the entire system’s diversity apparatus appeared too essential to cut. Furthermore, both the report and the reaction of the UNC system leaders suggest a system that is self-satisfied and resistant to common-sense efficiency measures. A critical eye on campus activities—and how officials spend public money—is sadly missing from the report.

The UNC general administration hired Conduent HR Consulting to create the report, who then presented it during the UNC system Board of Governors’ Committee on Personnel and Tenure meeting on January 25. It exposed a sprawling $16.6 million system-wide diversity apparatus, not including employee benefits. This apparatus includes 198 institution-specific policies, 11 system-wide policies, 527 programs, and 273 salaried positions.

Furthermore, that $16.6 million may be dwarfed by the downstream inefficiencies resulting from all the policies and programs. The public has so far lacked information on how useful this activity is or how much students benefit. Unfortunately, the report provides little insight on program effectiveness, as few measurements are in place.

Much of the discussion during the personnel and tenure meeting focused on the benefits of diversity. Chancellor Harold Martin of North Carolina A&T University argued that diversity is crucial to enrollment and it makes graduates stronger candidates to prospective employers.

Nor did defenders of diversity efforts limit its benefits to economic factors. UNC system leaders see it as crucial to the system’s overall success. “Frankly, the demographics are very clear,” said Chancellor Randy Woodson of NC State. “If we’re going to reach the attainment goals that we have as a state in terms of education, the students coming to us are going to be increasingly from under-represented groups.”

However, those comments fail to address fundamental concerns. For one, if diversity is so important for the success of the UNC system, wise and meaningful oversight of diversity policies is crucial. The lack of evaluation in the UNC system for its diversity efforts is worrisome.

To be sure, much of the diversity apparatus is off-limits to state legislators. Half of diversity personnel salary costs—$7.3 million—are spent on compliance duties mandated by law, and almost $400,000 of the non-personnel costs are compliance-related. But even though the system is stuck with those costs mandated by the federal government or accrediting agencies, the other half is subject to the authority of either the Board of Governors or the state legislature and is therefore eligible for possible elimination.

Still, elimination of anything was not considered by the reports’ authors. The report instead gave seven recommendations for improvement that emphasized consolidating accountability under one person at each university, creating system-wide standards and measurements, centralizing information, and using the UNC system to provide greater support and guidance for the universities.

While the recommendations may improve the processes behind diversity efforts, they are underwhelming. Standardization, centralized accountability, and, especially, more measurement are all welcome suggestions. However, the recommendations do not go far enough. The report noted that a unified data-tracking system could reduce costs, but it did not recommend cutting or consolidating any positions or structures within the diversity framework: no job or program was considered unnecessary.

During the Board’s meeting, Governor Marty Kotis asked, “How do we know we’re spending the right amount of resources on this? And what are the metrics, how do we determine ROI (return on investment)?”

The report recommended that the way to find the return on investment is to embrace “specific objectives, success measures, and timelines for their achievement.” Yet it may be that much of the diversity agenda defies the sort of measurement needed to accurately gauge ROI. Only 10 percent of the 198 policies reviewed in the report had specific metrics to gauge their success. Of the 527 programs in the analysis, only 47 percent had outcomes or metrics included for success or failure.

The report acknowledged that many metrics were vague and “almost none are quantitative in nature.” The lack of evaluation can be seen in Appendix D of the report, where it gives the cost analysis detail of diversity programs—and most entries for measuring a program’s impact are blank. Even the scant data that does exist is not standardized for meaningful analysis.

Of the 527 programs in the analysis, only 47 percent had outcomes or metrics included for success or failure.

Concerns about disruption, finding specialized skills needed to fill diversity-related jobs, and possible negative responses from students and staff alike pushed the researchers away from recommending dramatic change. Researchers were also pessimistic about reducing costs: “While it is possible consolidation may yield some cost savings, the degree of cost savings in the near term is not believed to be significant.”

A second problem with diversity programs is that the lengths universities go to create a tolerant culture for some students may harm public trust and a true sense of fairness. During the committee meeting, Governor William Webb expressed concern about proposals such as one by a diversity officer at NC State who wanted an all-black women’s dormitory. “Who supervises these people?” he asked. “It’s bonehead. It’s just a mistake, a misstep.”

A lack of oversight for such over-reaching diversity programs as the one described by Webb could make a university liable to legal sanctions for violating students’ basic Constitutional rights. And Governor Steven Long noted that “There are limits to which we should not go. We are a public university and we are not [the students’] parent.”

And finally, even the most efficient diversity programs are prone to another extremely serious problem. Without intense scrutiny on how campus diversity officials promote their missions, such programs can become politicized venues that demand conformity to narrow and dogmatic belief systems. A public university should stick to its mission as an institution that promotes scholarship and open inquiry, rather than an arena for activists to reward or punish young adults as they see fit.

It seems that the report followed the letter of the law passed by the General Assembly, but not the spirit. It is an index of the reach of diversity across the UNC system, rather than a serious investigation that asks important questions such as whether the UNC system’s diversity initiatives are improving outcomes for the students it targets—or creating a tolerant campus culture. Even the Board of Governors—with some exceptions—seemed content to repeat platitudes about the importance of diversity instead of delving into the report’s inadequacies.

Under-represented students may benefit from diversity efforts, but, given the report’s superficial treatment, and given the measurement problems, UNC system leaders are not watching diversity programs closely enough to determine whether that is the case. They are not digging into discretionary spending to determine what diversity efforts are useless. Every dollar spent on useless activity is a dollar not spent on useful activity. Or assistance that boosts graduation rates. Or frugality that lowers tuition and fees. The Board has a responsibility to hold system policies and programs accountable and demand results. The report they were given offers useful recommendations, but it does not go far enough in trimming the fat from programs—or asking for success.

The reluctance to recommend a single personnel cut or to ask basic questions highlights the need for the General Assembly and the Board of Governors to conduct investigations independent of the university system rather than relying on the UNC administration—which is often more interested in budgetary self-preservation than exposing its own inefficiencies.