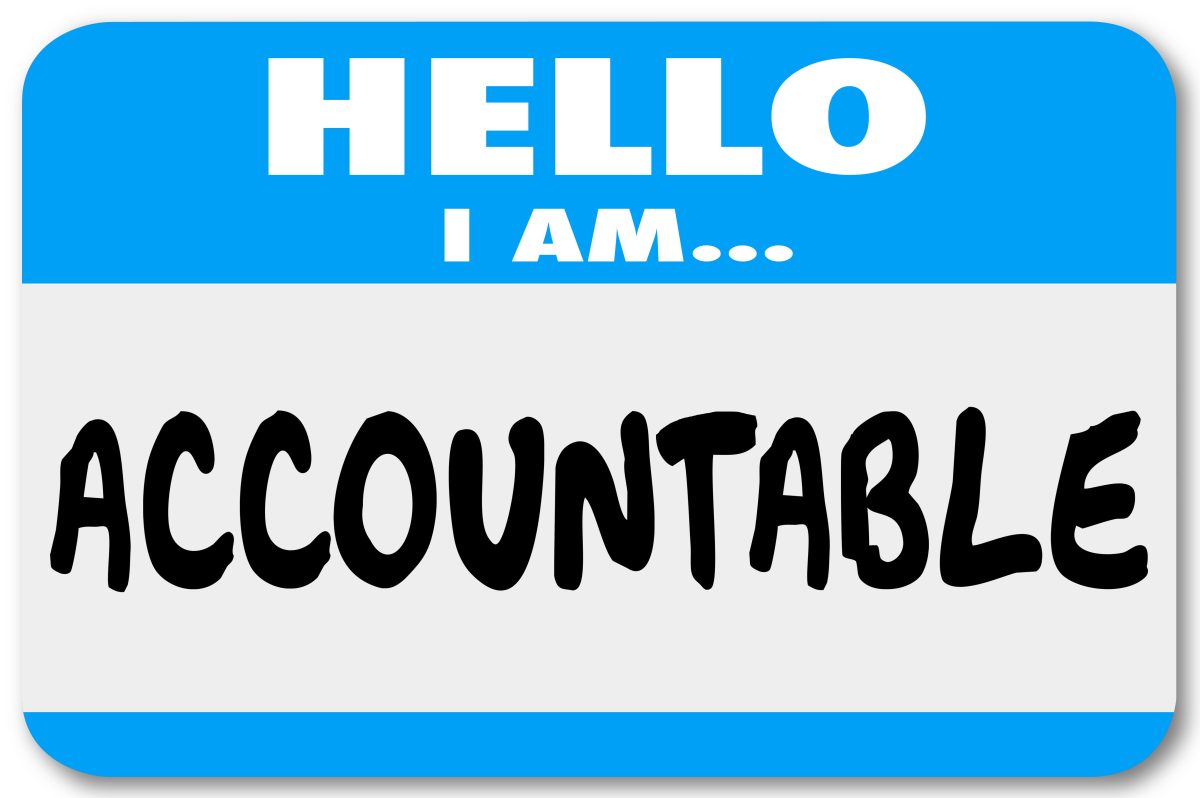 A pronounced distrust has developed between many state legislatures and their public campuses. There has been a general decline in public confidence in higher education, and that loss has been steeper among Republicans than Democrats. In red states, that trend has been reflected in attempts to rebalance campus political ideologies, or at least to rein in perceived excesses.

These efforts have sometimes consisted of threatened or actual budget reductions, gubernatorial replacement of governing board members, reconsideration of faculty tenure, or legislative instructions or even prohibitions about how certain subjects should be taught.

Such measures have provoked criticism. According to a PEN America and American Association of Colleges & Universities joint statement,

Since January 2021, 70 bills intended to impose restrictions on teaching and learning in colleges and universities have been introduced in 28 states. The majority of these restrictions have focused on subjects related to race, racism and gender that legislators regard as divisive or otherwise objectionable. Seven of these bills have become law in seven states, where 42 million Americans reside.

PEN and AAC&U condemned these efforts because they “violate academic freedom and threaten higher education’s autonomy.”

From a different perspective, on July 12, 2022, two scholars affiliated with the American Enterprise Institute issued a report titled “Prohibit Diversity, Equity, and Inclusion Statements.” Authors Max Eden and Scott Yenor noted that approximately one-fifth of faculty hires in American universities now require DEI commitments, and these statements amount to an ideological litmus test. They urged state and federal lawmakers to prohibit the utilization of such statements in the campus employment process.

Approximately one-fifth of faculty hires in American universities now require DEI commitments.Both sides in this debate see trends that are raising issues of professorial academic freedom, but PEN and AAC&U also believe that higher education’s institutional “autonomy” is threatened. Some of the legislation they object to may be poorly designed, but resisting it with claims of institutional autonomy is unconvincing.

Reconciling university autonomy with colleges’ necessary accountability to democratically elected governments requires considerable nuance. Not all campus rules can be made by the administrators and faculty on a campus at a particular time. On the other hand, few politicians have the time or knowledge to respond to the myriad issues affecting a campus.

The compromise has been to create broad-based rules after considerable debate. Higher-education institutions generally are bound by various federal and state civil-rights laws and, if public, by First Amendment and other constitutional requirements. Federal subsidies for students and other purposes contain numerous behavioral incentives and restrictions. State legislatures, rather than the federal government, generally have control over campus budgets, specific programs, and capital projects, though some decisions may be deferred to campus “shared governance.”

Faculty should be free to choose the theoretical lens and the data they use in designing courses and conducting research, but in the modern era does institutional autonomy further that goal? In his book Restoring Free Speech and Liberty on Campus, Professor Donald Downs warns,

The new attacks on free thought that arose in the latter 1980s … have arisen from leftist sources inside the ivory tower. It is for this reason that new battles over free speech have sometimes taken on the characteristics of civil wars. The new type of censorship is “progressive” in aspirations, not “reactionary.” […] Progressive censorship has a way of producing illiberal, repressive consequences that are just as detrimental to open universities and minds as traditional forms of censorship.

If censorship emanates from the campus, protection for free speech must come externally.

Statements by campus governing bodies place universities in opposition to public opinion.Administrators and faculty have become very homogenous in their partisan identifications. These campus partisans are the same people who allocate staff and faculty lines, create curricula, give grades, write recommendations, and admit students to graduate and professional programs. The checks and balances represented by open public policy debates and invitations to speakers with diverse viewpoints has receded on most campuses, contributing to problems of confirmation bias. All this has led to legislative concerns regarding campus instruction and research agendas.

Rather than depending on politicized claims and counter claims, one of the least controversial actions a state government should take is to support surveys about the campus climate for free speech, to determine if a problem actually exists. Or so you’d think.

But when such a survey was proposed by the Wisconsin Institute for Public Policy and Service, a unit of the UW system, it became the center of a dispute. The survey was designed to measure viewpoint diversity and determine whether students felt pressured by professors to agree with specific political or ideological opinions. It also posed hypothetical scenarios and asked students whether such activities would be First Amendment–protected.

Several student leaders called on the system to delay or cancel the survey, claiming that, if a student has free-speech concerns, the proper procedure is to get in touch with administrators or student government associations. Nicholas Fleisher, president of the Wisconsin chapter of the AAUP, also opposed the survey, stating, “Legislators are not approaching this survey with disinterested scientific curiosity. Their intense interest in it suggests that they already have plans for how to use its results … [as] fodder to attack the university system.”

As the same article notes, one campus chancellor even resigned over the survey proposal.

Faculty were asked whether they injected their political opinions into classes.The Florida statewide faculty union opposed the survey, but an attempt to block its implementation failed in federal court. So the union urged campus members not to participate in it on the grounds that its results would be unscientific and violate privacy, even though participation would be anonymous.

Meanwhile, in North Carolina, the second version of a campus climate survey was released in 2022 without much opposition. Part of the reason for its relatively calm reception was that it was conducted by four UNC-Chapel Hill faculty members with diverse views.

The survey found that students were very concerned about their ability to express their political views on campus, more so among the conservative minority. Students were more fearful of being shunned by their peers than by faculty or administrators.

There is an objective reality about campus free speech beyond student perceptions. After the North Carolina report was released, the Supreme Court ruled in Dobbs v. Jackson Women’s Health Organization, returning abortion policy to the states. In response, the UNC School of Public Health wrote, “With its decision to overturn Roe v. Wade, the Supreme Court has set the clock back 50 years.” The campus DEI office criticized the decision and said it was committed to “protecting reproductive freedom and bodily autonomy for all.” The student body president issued an executive order prohibiting any expenditures to any organization or business that advocates abortion restrictions.

The UNC Board of Trustees, however, responded by issuing a strong statement unanimously affirming institutional political neutrality and including student government and the use of mandatory student fees in its neutrality principle.

While most attention to preserving “institutional autonomy” has been focused on state legislatures, a major recent limitation of that “autonomy” has been performed by federal courts. These courts have struck down limits on campus areas where free speech is permitted, required viewpoint neutrality in recognizing campus organizations, rebuffed diversity initiatives that circumscribed free speech, and overturned vague and over-inclusive campus speech codes and anti-harassment policies.

Some of the judicial comments about campus failure to protect speech are quite acerbic. “A university that turns itself into an asylum from controversy has ceased to be a university; it has just become an asylum,” one judge concurred in Speech First v. Cartwright. While admonishing campuses to protect free speech, judges have also authorized the payment of monetary damages to plaintiffs whose First Amendment rights have been violated.

Some of the judicial comments about campus failure to protect speech are quite acerbic.If campuses want to preserve autonomy from legislative and judicial oversight where free-speech issues are concerned, there are several practical steps they can take.

First, they can define for their communities—in freshmen orientation, course syllabi, and faculty and staff handbooks—the distinctions between unprotected and protected speech and affirm a campus commitment to defending the latter against internal or external threats.

Second, they can make it clear that political or ideological tests will not be tolerated in the hiring of faculty or staff.

Third, they can systematically program public policy debates and invite speakers with diverse viewpoints to speak as part of the campus commitment to civic education.

Finally, they can schedule regular campus climate surveys, to determine if the goals of free speech and intellectual diversity are actually being met.

George R. La Noue is emeritus professor of public policy and political science at the University of Maryland, Baltimore County, and author of Silenced Stages: The Loss of Academic Freedom and Campus Policy Debates.