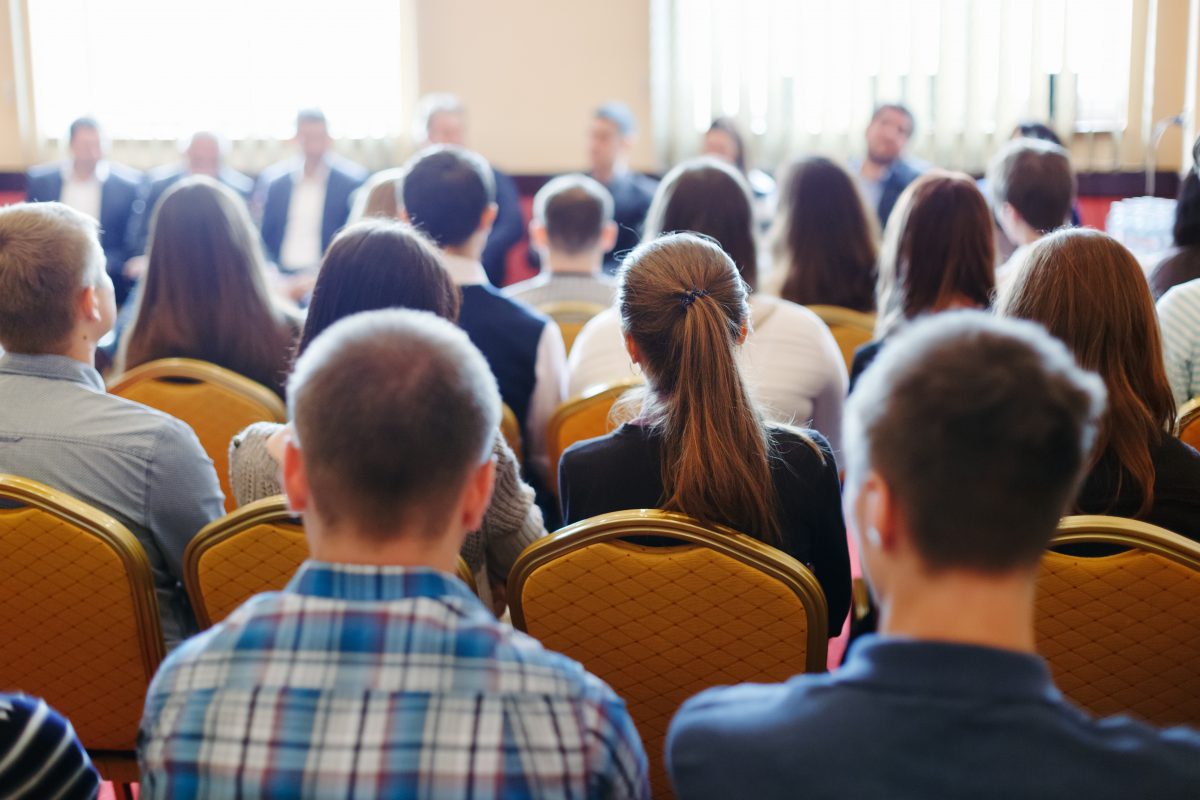 From the executive summary of “Political Reality on North Carolina Campuses: Examining Policy Debates and Forums with Diverse Viewpoints”:

Everywhere in higher education, there is a rhetorical affirmation of the values of free speech and the development of informed citizens. North Carolina’s state motto in Latin is Esse Quam Videri, which translates to “To Be Rather Than to Seem.” So it is reasonable to research what kind of speech actually exists on North Carolina campuses, particularly about public policy issues. Examination of official campus rules about free speech, as the Martin Center and the Foundation for Individual Rights in Education have done, is a good starting point. Campus climate surveys where students are asked if they feel free to express themselves and whether they might forcefully oppose a speaker they might not like are helpful. Understanding the partisan identifications of faculty can provide some context.

If, however, the issue is what actually happens (the “Be” rather than the “Seem”) on campuses regarding the presentation of different public policy perspectives, research becomes more difficult. Public policy issues may be touched on by campus newspapers or addressed by occasional invited lecturers. Some courses deal directly with public policy, though students in many majors will not take them. Further, whether that instruction and course assignments are balanced is an impossible task to determine for the thousands of classes taught. Faculty committed to post-modern theory often reject the concept of objectivity and see advocacy of their preferred political positions as a personal and institutional duty.

The research reported here takes on a more modest scope, but an important subject nonetheless. Almost all American students are eligible to vote. So,

As Americans and North Carolinians are increasingly politically polarized, it would seem incumbent on higher education to model the kind of policy discussions on which our democracy depends.

Consequently, this research examines the 2018 and 2019 online calendars for 37 four-year North Carolina campuses to record all their multi-speaker policy events. These events were then classified as debates or forums in 24 different policy areas. Because some calendars were incomplete or difficult to interpret, follow-up emails were sent to campus reference librarians, archivists, and chief academic officers to try to assure accuracy. We believe our results are comprehensive, but no campus keeps information about public policy events with the meticulousness that its sports information is maintained.

We hope readers will delve into the report to understand its detailed findings. The bottom line, however, is clear.

Survey after survey shows that faculty are increasingly one-sided in their political identifications, that many students are fearful of expressing their policy opinions, and that an activist minority is willing to shut down speech it opposes. In this environment, public policy debates were almost entirely absent on North Carolina campuses and where policy-related forums were present, there seems to be no consistent effort to invite panelists with different viewpoints.

There are some exceptions, but most North Carolina campuses seem inhospitable locations for policy discourse open to all undergraduates.

During fierce 2020 protests over the meaning and implementation of justice (among other issues), campuses—when they were open—were subject to demonstrations, but had not developed models for more reflective discourse. As concluded in this report, it does not seem likely on most campuses that the energy for creating frequent and responsible civil discourse about controversial public policy issues exists. That stimulus may have to come from legislators for public institutions and governing boards for both private and public campuses. As is often the case, that initiative may require some funding and regular reporting about campus policy events.

Hopefully, those initiatives will result in productive discourse between those who hold campuses accountable and campus administrators and faculty who will be ultimately responsible for scheduling and selecting policy topics and participants.