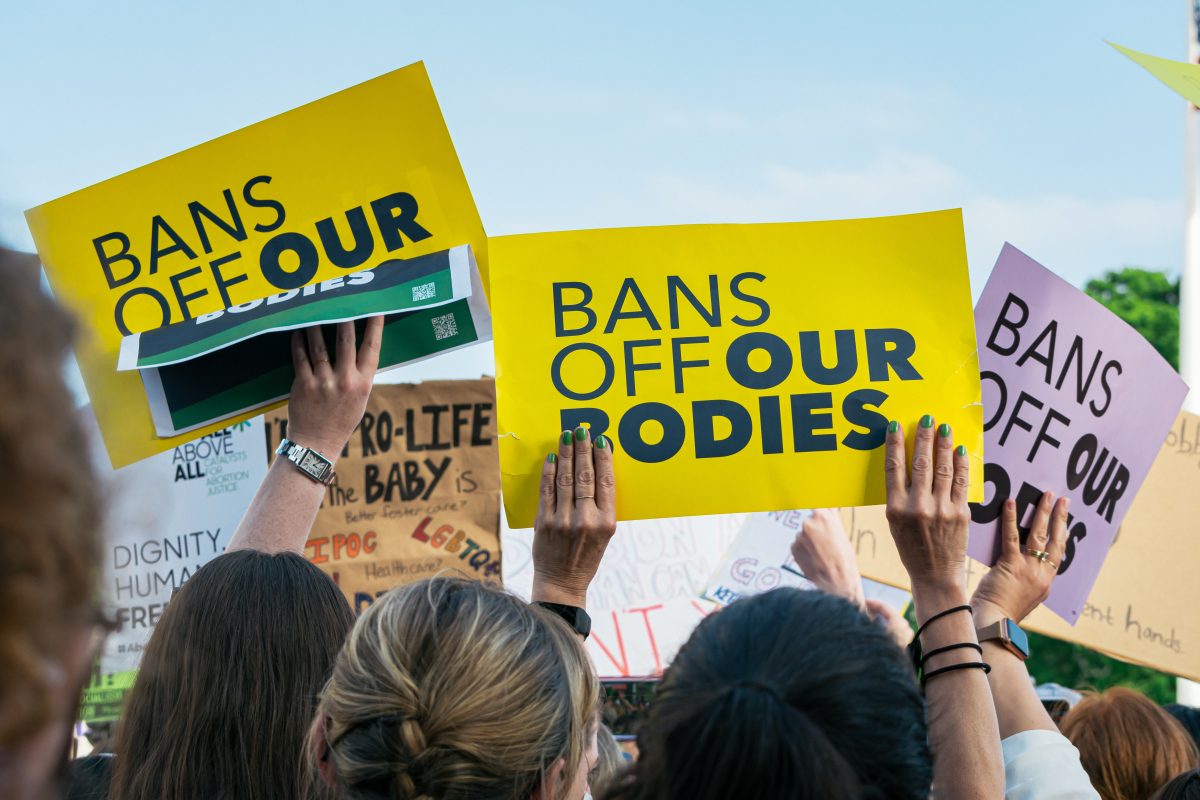 One of the most important principles for preserving a spirit of inquiry, discovery, and discussion on university campuses is institutional neutrality. This means that, while individual faculty are free to say what they like, universities should not take positions as institutions (or as units within the institution) on divisive political matters.

In 1967, the Kalven Committee issued its definitive report, declaring:

To perform its mission in the society, a university must sustain an extraordinary environment of freedom of inquiry and maintain an independence from political fashions, passions, and pressures. A university, if it is to be true to its faith in intellectual inquiry, must embrace, be hospitable to, and encourage the widest diversity of views within its own community. It is a community but only for the limited, albeit great, purposes of teaching and research. It is not a club, it is not a trade association, it is not a lobby.

Lamentably, this is a principle more honored in the breach than the observance. Universities regularly violate the principle of neutrality by divesting from fossil fuels, boycotting Israel, and mandating politicized common readings and DEI “trainings.”

On June 24, for instance, the UNC Gillings School of Public Health tweeted, “With its decision to overturn Roe v. Wade, the Supreme Court set the clock back 50 years. Recent research has demonstrated harmful impacts for those in the U.S. who are denied abortions.” 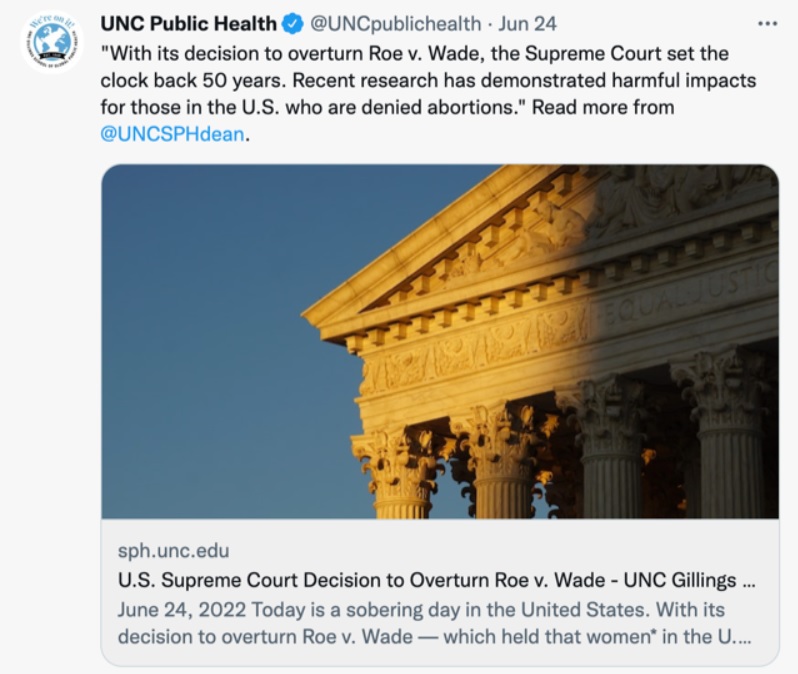 Additionally, Dean Barbara K. Rimer wrote an article decrying the decision on the school’s public webpage, saying, “It is a sad day.”

The university’s DEI office also opined on the issue, in a tweet that was later taken down. As the screenshot pasted below indicates, the tweet committed to “protecting reproductive freedom and bodily autonomy for all.” 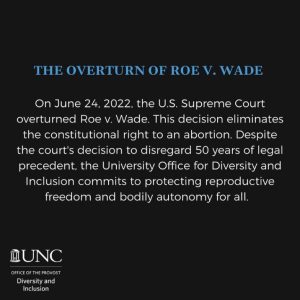 Not to be outdone, the Student Body President issued an executive order stating, “It is the official opinion of the Vann Administration that all people should have the right to make private decisions for their individual bodies and are entitled to comprehensive reproductive healthcare.” The order further prohibited the Undergraduate Student Government Executive Branch’s “contract[ing] or expend[ing] funds to any individual, business, or organization which actively advocates to further limit by law access to reproductive healthcare, including, though not limited to, contraception and induced abortions.” 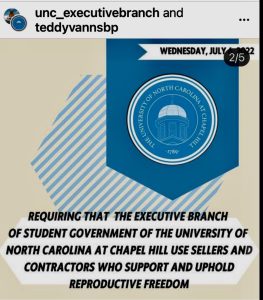 The order, in addition to violating the principle of institutional neutrality, is probably illegal. Student government, which is funded by mandatory student fees, must distribute those fees in a viewpoint-neutral way. In Board of Regents, University of Wisconsin System v. Southworth, the Supreme Court opined, “When a university requires its students to pay fees to support the extracurricular speech of other students, all in the interest of open discussion, it may not prefer some viewpoints to others.”

To be clear, individual professors and students are free to write, tweet, and talk about their personal views on these issues in a variety of extramural outlets. But sharing those opinions on departmental webpages and communications channels, with the university’s imprimatur, is a gross violation of institutional neutrality. Such communications degrade the environment of discussion and inquiry on campus. They should cease.