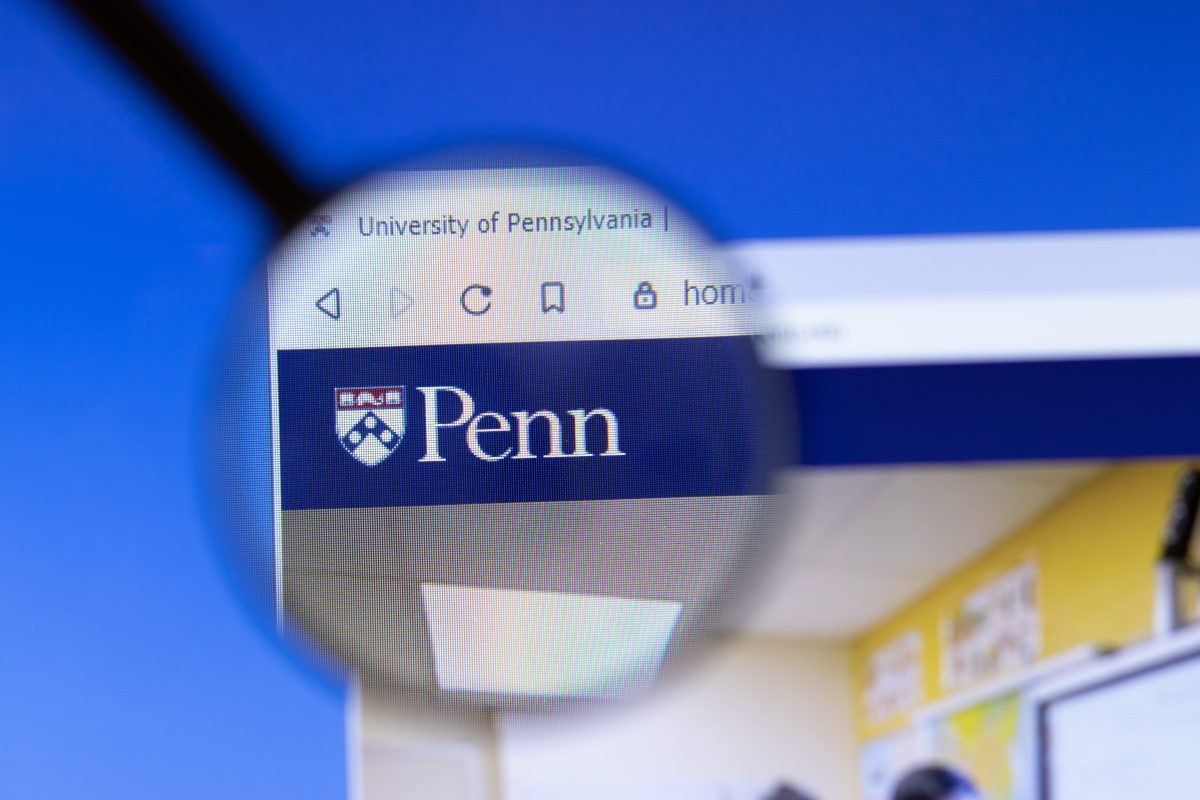 The University of Pennsylvania was an excellent school when I was an undergraduate there in the mid-1960s. The politics were polyglot, reflecting an era when the professional classes and even the professoriate were more ideologically diverse than is the case today. Campus activism of earlier in the decade surrounding civil rights marches had faded and anti-Vietnam War demonstrations of the late 60s were still in the future. There was a substantial percentage of Jewish students who benefitted from the diminished tacit ceiling of earlier decades on Jewish “over-representation.” Grades still mattered and weren’t gifts.

No longer. In subsequent decades Penn has gone downhill–from centrist to liberal to hard left and from meritocratic to consumed with identity and identity politics. It has pandered to totalitarian regimes abroad and to the politically influential at home. Ideology trumps analysis and intellectual rigor. Almost all supposedly elite schools and a disturbing number of the major public universities have done the same. A few examples are relevant.

Army and Navy ROTC were once broadly accepted and received academic credit. One could walk the campus in uniform without notice taken.  The officer corps at the time was more diverse than the Penn student body. ROTC at Penn ran afoul of the politics of Vietnam, which peaked with the Cambodian invasion in May 1970. This alleged escalation, together with the approach of semester finals, proved too traumatic for the campus population and Penn essentially shut down.

The dedicated buildings for both Army and Navy ROTC were taken over by the University and the programs relegated to a quasi-industrial facility half a mile away. University credit for ROTC coursework was terminated. After a return to a degree of tolerance as Vietnam faded, the focus of attacks on ROTC shifted to the military’s policies on gays. Army ROTC was expelled permanently after Don’t Ask-Don’t Tell legislation was passed in 1993. Not even 9/11 motivated Penn to reconsider its moral preening. Penn students who take ROTC at other campuses regularly report disdain, ostracism, and hostility from other students, faculty, and the administration. (here  and here)

It is the usual practice of a university, particularly an elite one, to court those in power, and Penn president Amy Gutmann did well for herself by means of generous payments to Joe Biden. In February 2017, the former Vice President was named Benjamin Franklin Presidential Practice Professor. Biden collected $371,159 in 2017 and $540,484 in 2018 and 2019 for a vaguely defined role that involved no regular classes and centered around a dozen public appearances. Gutmann has now been named to the plum post of Ambassador to Germany. While buying an Ambassadorship by means of campaign contributions is a well-established bipartisan practice, doing so with other people’s money demonstrates both genius and temerity.

It doesn’t stop at the water’s edge. Penn advertises that its relationship with China is strong and continues to grow with over 20 international partnerships with Chinese institutions. Faculty from all of Penn’s twelve Schools have reported over 350 research projects and instructional activities in China. According to the Philadelphia Inquirer Penn received $67,618,610 from China between 2013 and mid 2019. The University declined to respond to an Inquirer request for additional information. That kind of money buys a lot of influence even for as wealthy an institution as Penn.  Some American universities are reassessing their relations with China as a result of its treatment of the Uyghurs and the destruction of democracy in Hong Kong, but I was unable to locate any evidence that Penn is reviewing its multitude of relations.

While Penn is quite prepared to enjoy profitable relations with a neo-totalitarian China, it is covertly discriminating against Asian Americans in its admissions in the same way that Harvard and other Ivies do. Edward Blum of Students For Fair Admissions, the organization bringing the lawsuit against Harvard to be heard by the Supreme Court, summarizes: “Based on the limited public information that we have about Penn, Penn is indeed racially balancing its freshman admittees as well as limiting the number of Asians it will accept….”

The only real hope is that students and parents will prove wiser in the end than educators.

The few faculty who deviate from politically correct perspectives are at risk. Dr. Stanley Goldfarb, former associate dean of Medicine, wrote an op-ed in the Wall Street Journal marvelously entitled “Take Two Aspirin and Call Me by My Pronouns” which lamented educational requirements for the sake of politics rather than for the betterment of patient care. For this sin, he was chastised by colleagues who state social justice is the very foundation of health. The Wharton School has established a Social Impact Initiative. And if this is what is happening in Wharton and the medical school, how much more has woke mythology permeated the liberal arts?

The Foundation for Individual Rights in Education ranks Penn a dismal 112 of 154 schools for its speech codes and downgraded its rating in 2020 citing ambiguous policies on harassment and on bias and hate speech. A number of speakers have been disinvited or had speeches disrupted according to the FIRE database.

So where does that leave us? Aging alumni are mostly silent and viewed, correctly, as mostly unimportant. At the least, we cannot usefully be “canceled” – doing so would be trivially irrelevant for someone old enough to be immune to social media. The faculty of today is mono-ideological and those with tenure are enjoying their comfortable sinecures while adjuncts and graduate student instructors experience semi-genteel poverty. The trend away from standardized testing at Penn and elsewhere gives secret admissions policies even more scope to do exactly as their administrators please, and saves these administrators the embarrassment of admitting the approved minority groups with SATs 200-400 points below the norm.

There are a few schools doing it differently. The University of Austin startup is a good beginning. Purdue has held the line on unconscionable tuition increases. The 2014 University of Chicago statement on freedom of expression is a model of how to pursue excellence and has been adopted by some 80 schools. Arizona State University’s Civic Literacy Curriculum based on the U.S. government’s naturalization test is a model of balance. A few mostly smaller schools still emphasize the Great Books without too many additions of “diverse” makeweights. The University of Tennessee is establishing an Institute of American Civics to promote its study at all levels. The University of Wyoming system requires a traditional course in American government for graduation.  By contrast, Penn offers scores of options covering the entire spectrum of race, ethnicity, gender, and sexual preference for its requirement for a course in “Cultural Diversity in the U.S.”

There are some other bright spots to be found but Penn is not among them. The only real hope is that students and parents will prove wiser in the end than educators. More students will hopefully be able to discern the fatuity and irrelevance of their college milieu, distinguish between the valuable and the merely trendy, get their credentials, and go on to the real world. Some number of parents may undertake the kind of grassroots revolt now beginning to occur at the primary school level. Reform won’t happen from the top down; the woke control the institutions and many faculties are 15 to one or more leftist. State legislatures have immense ability to influence public universities through their power of the purse but are too often reluctant to do so. It just might happen from the bottom up. If it doesn’t, we are all in even more trouble.

Gordon Bare is a retired U.S. Army and State Department officer, a graduate of Penn, College, ’67 and Grad Arts and Sciences, ’68, and an occasional adjunct at Central Wyoming College.

The Long Decline of the University of Pennsylvania