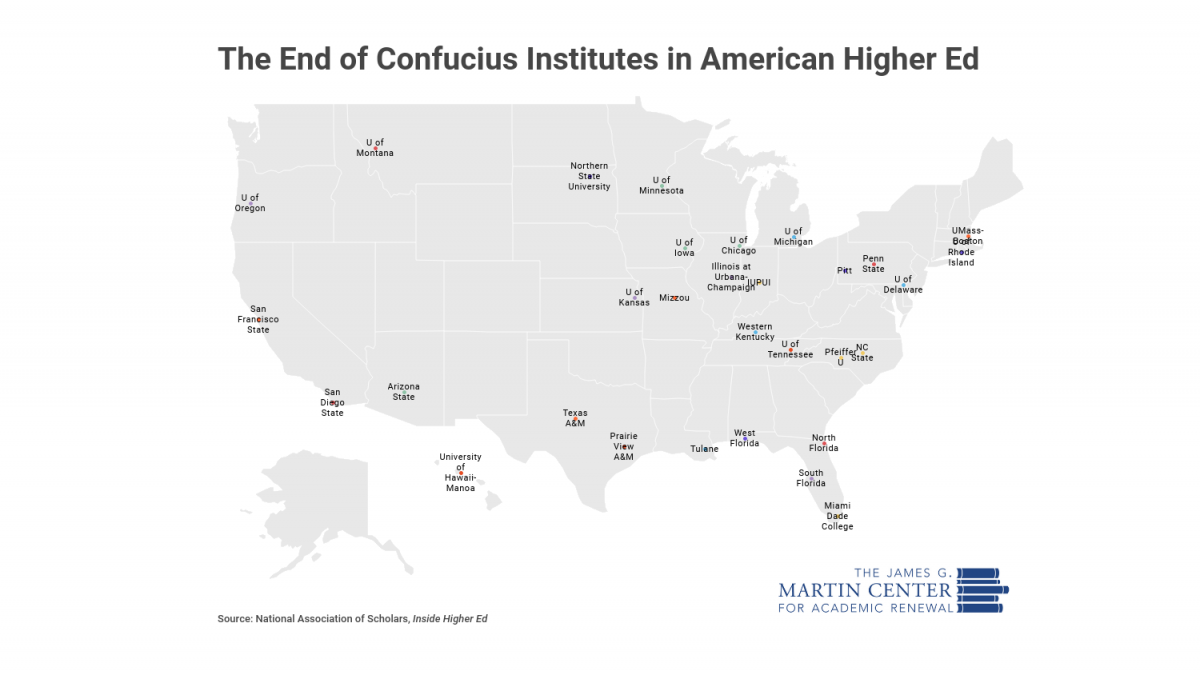 After years of expansion, Communist Party-funded Confucius Institutes have seen the tide turn against them at American colleges.

The Institutes, controlled by the Chinese government, were created to teach Chinese language, culture, and history. Colleges quickly embraced them because they were cheap, easy sources of pride to claim that the school educated its students for “global citizenship.” As Politico noted in 2018, however, the Chinese government funded them for different reasons:

A 2011 speech by a standing member of the Politburo in Beijing laid out the case: “The Confucius Institute is an appealing brand for expanding our culture abroad,” Li Changchun said. “It has made an important contribution toward improving our soft power. The ‘Confucius’ brand has a natural attractiveness. Using the excuse of teaching Chinese language, everything looks reasonable and logical.”

Universities became less gung-ho about Confucius Institutes in 2018 after Senator Marco Rubio and others urged colleges to sever ties. The National Association of Scholars has been outspoken in explaining the threat the institutes pose to academic freedom and national security. They have kept a list of colleges that have closed their institutes, which were on campus as early as 2004 and peaked at more than 90 across the United States, according to Inside Higher Ed. Colleges have shuttered the institutes since 2018 for national security concerns and to avoid visa issues. The University of Chicago was the first to close its institute in 2014; since then, 31 colleges have closed their Confucius Institutes, according to the National Association of Scholars and Inside Higher Ed. They are:

Despite that progress, dozens of public and private universities still host a Confucius Institute. At a time when Chinese Universities have moved closer to the Communist Party and further away from academic freedom, university leaders and governance boards need to consider the implications of hosting an institute funded by the Party.