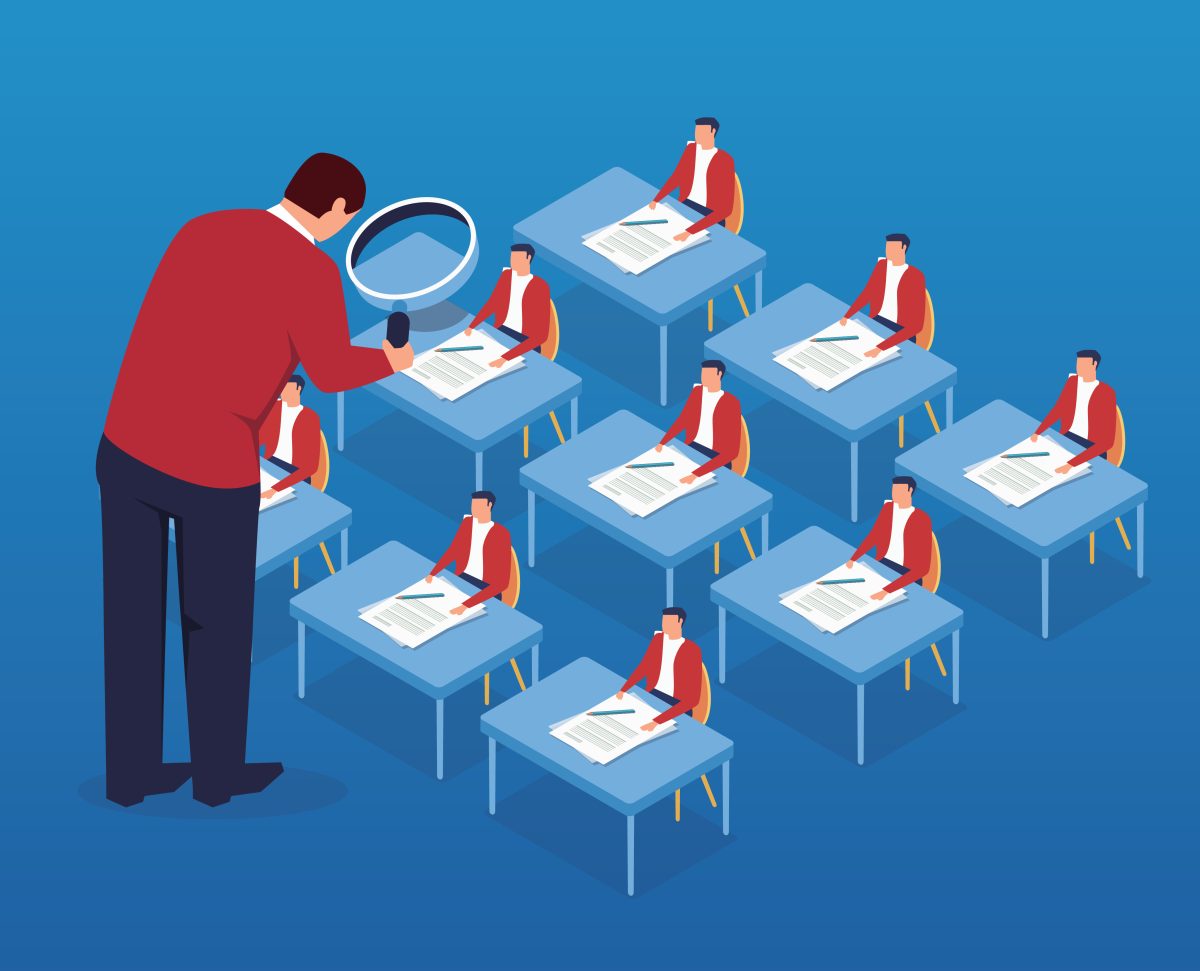 Are you a freshly-minted Ph.D. holder interested in becoming a tenure-track computer science professor at UNC-Chapel Hill? First, you’ll have to submit a “diversity statement” describing your “commitment to diversity.”

Candidates seeking to be an assistant professor at Boston University’s business school should include references to the “diversity contributions” they would bring in their cover letter, taking care to demonstrate that they fall in line with the college’s “institutional commitment” to maintaining an “inclusive, equitable, and diverse” campus. Anyone applying for open tenure-track positions in George Mason University’s Electrical and Computer Engineering Department will be “expected” to “embrace” and “advance” the school’s “strong commitment to diversity, equity, and inclusion.” And those interested in teaching human anatomy at East Carolina University should present “statements” describing their “experience with” and “commitment” to “equity and diversity in teaching, research, and service.”

Along with the standard parts of an application for a job in academia―a curriculum vitae, transcripts, personal statements, references, and research experience―more and more universities, both in North Carolina and across the country, are evaluating whether candidates conform with institutional commitments to diversity, equity, and inclusion (DEI) policies.

According to a recent study by the American Enterprise Institute, approximately one in five university-sponsored faculty job postings require potential employees to submit statements in support of DEI initiatives as a part of their applications, while nearly seventy percent mention the words “diversity” or “diverse.” In one instance at the University of California, Berkeley, the think tank’s report noted (citing Andrew Gillen), 679 of 893―or more than three-quarters―of qualified applicants for a faculty position in the life sciences were eliminated from “serious consideration” after their “contributions to diversity, equity, and inclusion” failed to meet the “high standard” set by the university.

UNC-Chapel Hill itself admits that acquiescence to DEI policies affects personnel decisions. One of the objectives of the university’s “Carolina Next” plan is to “Prioritize diversity, equity, and inclusion” in “teaching, research and service” and in decisions related to “hiring, evaluation, retention and promotion.” According to UNC, it aims to create a “culture of accountability” by holding university leaders and faculty responsible for “delivery” on “diversity, equity, and inclusion commitments.” And the university has hinted that it might roll out mandatory institution-wide DEI trainings for “every person” on campus.

Universities are also assessing students with DEI-related metrics to an increasing extent, particularly in applications for admission. UNC asks prospective undergraduate applicants to write an essay “describ[ing] an aspect of [their] identity,” citing “religion, culture, race, sexual or gender identity, [or] affinity group” as potential identities for students to focus on. One of Duke University’s supplemental essay questions states that the university’s “commitment to diversity and inclusion includes sexual orientation, gender identity, and gender expression,” and invites students to “share with us more about your identity in these areas” if they feel that they have not “adequately represented” their “gender and sexual orientation.”

Texas A&M requires students to “describe the benefits of diversity and inclusion,” both “personally” and for the “Texas A&M campus community.” And the family of an Appalachian State University applicant shared one of the university’s scholarship essay prompts with the Martin Center, which asks potential recipients to write about “an experience when someone or something challenged your sense of identity (race, ethnicity, background, identities, or viewpoints),” recounting how their “actions” in response to that challenge would “meaningfully contribute” to the school’s “richly diverse” community.

At first glance, “diversity, equity, and inclusion” seems like an innocuous phrase driving home a laudable message. After all, who wouldn’t want to promote cooperative pluralism, affirm each person’s equal dignity, and make everyone feel included? Indeed, the societal ills which DEI initiatives purport to rectify―unjust discrimination and built-in disadvantages based on race, gender, sexual orientation, or other innate and uncontrollable aspects of an individual’s identity―are wrong and are rightfully abhorred by any decent person.

Forcing faculty and students to pledge allegiance to this tendentious agenda is thoroughly wrong, and reflects a deep-seated ideological bias within institutions that elect to do so.

But is this what “diversity, equity, and inclusion” policies really stand for? And should we be concerned that colleges and universities are increasingly compelling total fidelity to the DEI platform among their faculty and students?

To answer these questions, we need not look any further than the universities themselves. On its website, UNC-Chapel Hill’s Office of Diversity and Inclusion offers a plethora of resources outlining the stiflingly dogmatic narratives it seeks to promote. Under “Anti-Racism Resources,” the university’s DEI office recommends articles such as “Why You Should Stop Saying, ‘I Don’t See Color’,” “How to Talk to Relatives Who Care More About Looting Than Black Lives,” and, unsurprisingly, highlights The New York Times’ debunked and widely-panned 1619 Project. One article posted on their website claims that “colorblindness is totally impossible” and asserts that white people “owe a debt” of “reparations” to racial minorities, all while describing the United States as a nation built on “genocide” and “horrific colonization” and one that “continues to promote bigotry, exclusion, and violence.”

Under “Gender Non-Specific Pronouns,” UNC’s DEI office explicitly promotes gender ideology, explaining that “Asking and correctly using someone’s pronouns is one of the most basic ways to show your respect for their individuality and gender identity” and describing terms like “Ze/Hir/Hirs,” “Xe/Xem/Xyrs,” and “Ze/Zir/Zirs” as “commonly used pronouns.”

The office also sponsors programming that endorses abortion―including a recent “Teach-In” on Texas’ newly-legislated abortion restrictions which called “reproductive justice” a “human right to maintain personal bodily autonomy.” It also included a “Critical Conversation” on “reproductive oppression” which described the U.S. as “a country with a cruel history and legacy of multiple ‘isms’ rooted in white supremacy that continuously violate certain people’s reproductive agency and bodily autonomy to control their fertility and destinies.”

However harmless and well-intentioned “diversity, equity, and inclusion” might sound, we can see that within those three words, there is often an overarching ideological agenda at play. Rather than supporting fairness, objectivity, and equality of opportunity irrespective of individual differences, “diversity, equity, and inclusion,” in many cases, has instead become a euphemism for a deeply divisive program―one which upholds extremely controversial ideas while centering falsities, engendering resentful tribalism, and promoting a pointedly political message.

Whether it’s the wholesale redefinition of gender, the notion that individuals are intrinsically either the oppressors or the oppressed based solely on the color of their skin, the view that the U.S. is a systemically evil country, or the conflation of the killing of unborn children with racial justice and gender equality, the proposals often put forth under the auspices of advancing “diversity, equity, and inclusion” are contentious, highly politicized, and are far from universally accepted by the general public.

Forcing faculty and students to pledge allegiance to this tendentious agenda is thoroughly wrong, and reflects a deep-seated ideological bias within institutions that elect to do so. What university which bases its hiring and admissions decisions, at least in part, on candidates’ conformity to certain predetermined doctrinal parameters can honestly claim to foster a campus environment where freedoms of thought, viewpoint, inquiry, and expression are valued and respected?

Of course, none can. Applying ideological litmus tests to job applications and evaluating potential faculty and students based on their political or social views is incompatible with any serious commitment to academic freedom―a fundamental principle of learning which any institution of higher education should defend.

Moving forward, university leaders must work to immediately eliminate divisive DEI statements from hiring and admissions criteria, and cease measuring applicants by their compliance with controversial ideological agendas. Should they refuse, state governments and legislatures should step in where they have jurisdiction―for example, at taxpayer-funded public universities―and do what they can to bring an end to this embarrassing blight on U.S. higher education.

Matthew Wilson is a student at Princeton University studying politics and a freelance writer. He primarily writes on topics related to religion, higher education, and politics, and his work has been featured in several national media outlets.

The Numbers Are in: Are Graduate Degree Programs Worth It?

From Hiring to Admissions, Universities Seek Ideological Conformity in Applicants