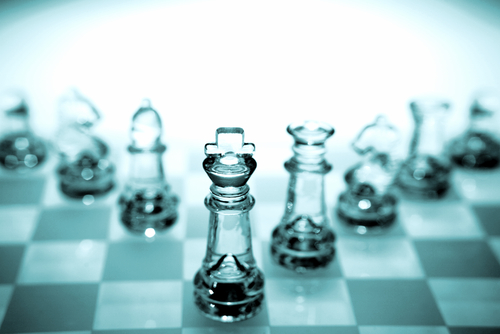 Recently, a legislative proposal aimed at improving graduation rates at the University of North Carolina system’s 16 institutions was nixed due to vehement opposition from university leaders. In its place is a watered-down initiative that delays much-needed reform and emphasizes academic handholding rather than high academic standards and student readiness.

There is a strong connection between students’ high school GPAs and SAT scores and those students’ ability to perform well in—and finish—college. For instance, UNC-Chapel Hill, which boasts the highest entering student GPAs and SAT scores in the system, also has the highest six-year graduation rates in the system—consistently hovering near 90 percent.

But in the UNC system, Chapel Hill is an outlier. Only four other universities have graduation rates above 70 percent, and six schools with much less competitive entering student profiles have graduation rates at or below 50 percent. Schools that accept underprepared applicants set those students up for failure; many end up with poor grades and limited job prospects or dropping out with student loan debt and no clear way to repay it. The costs are borne by not only students, but the taxpayers who fund the system’s $9.5 billion annual operations.

Over the years, efforts have been made to ameliorate the problems of low graduation rates and low academic standards, but they’ve usually involved academic coddling, remediation, and other ultimately unsuccessful “interventions” with struggling students. University leaders, however, seem comfortable with this approach because it means that more students enroll in their institutions, which in turn means that they receive more enrollment funding from the state.

And state policymakers seem comfortable with that approach because they can avoid political fights (the six schools mentioned above, with graduation rates at or below 50 percent, are all historically black or minority universities; in recent years, implicit and explicit charges of racism have been levied at state politicians seeking to reform them). It also allows them to claim they’re working for the greater good by providing higher education opportunities—and access to the American Dream—for poor and low-income students from weak K-12 environments.

In the fall of 2015, the NC legislature challenged this status quo thinking. Lawmakers directed the UNC system and the state’s community college system to study the potential impact of what would be called the North Carolina Guaranteed Admissions Program (NC GAP).

The program would encourage students who meet the baseline admissions standards of one of the state’s public universities, but who are less competitive than other applicants, to first attend a community college and complete an associate degree, upon which time they would be guaranteed admission to the university that had originally accepted them.

NC GAP, according to the legislation, would improve graduation rates; decrease students’ debt burdens; reduce state higher education spending; and provide students, at the least, with a two-year credential that could boost their employment prospects. But university officials have a different take. After it analyzed the potential impact of the program last March, the UNC system’s General Administration claimed that NC GAP would produce fewer graduates, harm low-income and minority students, and jeopardize the state’s historically black universities.

In an article critical of those findings, Pope Center president Jenna A. Robinson challenged the notion that NC GAP would cause fewer students to obtain four-year degrees. She referenced an American Education Research Association report showing that community college transfers have degree completion rates that equal those of students who begin at four-year institutions. “NC GAP is not a silver bullet, but it is a real step towards improving North Carolina’s many pathways to higher education,” concluded Robinson.

Nevertheless, the university system’s pushback seems to have been effective. In July, the legislature changed its stance on NC GAP, and now it appears that universities will not be required to institute the admissions deferment program if they instead implement their own plans to improve completion rates. Earlier this month, the system’s Board of Governors (BOG) voted in favor of this strategy, and a report will be presented to the legislature by January 2017.

In a 64-page summary of the Undergraduate Degree Completion Improvement Plan, the university system explains that instead of pursuing even a pilot test of NC GAP, each institution will refine or expand existing “student success” programs. While there are over 70 different strategies listed, the most commonly cited ones aim to provide “early alerts and intrusive advising programs; curriculum and scheduling planning tools; enriched education experiences; and targeted financial literacy programs.”

Also, each university will identify subgroups of students who may be more likely to struggle academically and set goals for their success. For example, Elizabeth City State University plans to focus on first-time, full-time male students through an intrusive advising program meant to encourage greater academic engagement. And North Carolina State University will require its borderline admits to reside on campus in “Learning and Living Villages”—essentially, dorms that emphasize academic counseling, tutoring, and study sessions.

Such academic pampering, however, has had dubious results in recent years. For example, several universities identify Summer Bridge programs, which are intended to gently guide underprepared students into college-level work by requiring them to first take summer courses and then receive intensive academic counseling, as pathways to student success.

But last year, the legislature rightly ended those programs—which had been in place since the 2007-08 academic year at NC Central, Fayetteville State, UNC-Pembroke, Elizabeth City State, and NC A&T—because they were not improving graduation rates; in fact, students in the programs had lower success rates than those of traditional students. Taxpayers ended up paying more than $7 million to send, each year, about 300 marginal students into an educational environment in which they had little chance of succeeding.

The latest UNC system strategy seems to be to double-down on this failed approach of more special treatment and more handholding. This time, however, the price tag is not immediately clear. The system’s report notes that no new money has been allocated to pursue these goals; going forward, campuses planning to implement new programs will be forced to reallocate university money or, more likely, lobby the General Assembly for more funds.

So instead of saving public dollars, which NC GAP would have done (the UNC system itself admitted that in its March report), it’s likely that the state’s higher education costs will increase in the future. That’s especially problematic considering that the revised legislation provides no stipulation to ensure that universities’ “student success” programs are in fact successful; it merely states that as long as universities pursue the goal of improving graduation rates, they are exempt from instituting NC GAP.

While the general administration claims to be following the spirit of the original NC GAP legislation, at least one state politician disagrees. Addressing the system’s Board of Governors at its December meeting, Senator David L. Curtis said that while the new plan has some good ideas for helping students already in the system, NC GAP was intended to aid incoming students who are unprepared for the rigors of a university education. Curtis urged the board to reconsider implementing NC GAP, even though it is not legislatively mandated.

BOG member Thom Goolsby agrees with Senator Curtis. Goolsby cited a UNC report that found that GPAs are strongly correlated with university performance: “We’ve done the work and we know the answer. Simply passing this plan and saying it’s the answer to NC GAP is not only wrongheaded, it’s not supported by any of the information that we have,” he said. Indeed, an increasing amount of data show that poorly performing high school students are unlikely to successfully transition to college, even if they receive extra counseling and remediation.

Unfortunately, the drive to expand university access—and keep revenue streams flowing—seems to have caused policymakers to ignore such glaring evidence, as well as the potential benefits of NC GAP. The program would not have been a panacea, but rather a next-best alternative in a university system that often sends ill-prepared students to institutions where they either struggle academically or drop out with debt and limited employment opportunities.

University officials and lawmakers who recognize these problems should continue to fight the good fight and advocate higher academic standards and smarter educational alternatives. Students, parents, and taxpayers stand to benefit when courageous leaders challenge the state’s higher education establishment and its increasingly self-interested policies.