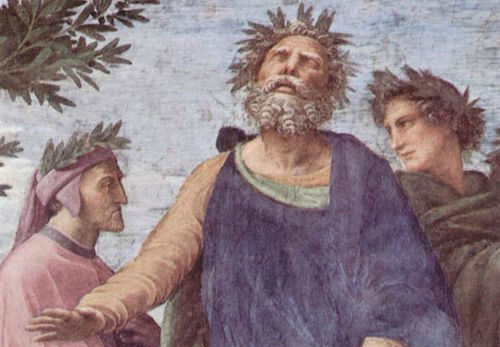 I attended an estate sale for the first time a couple of weeks ago, and a wave of unreality washed over me. It was bizarre to rummage the home of a recently deceased stranger, inspecting her various trinkets and belongings, hoping to strike treasure or find a deal. I watched others, who seemed to be estate sale veterans, haggle over paintings and furniture. One man even dickered over a jumbo-size bottle of soap he’d found in the bathroom. A dollar? I’ll give you a quarter….

Upstairs, in the departed’s bedroom, I spotted the complete 51-volume set of leather-bound Harvard Classics, published in 1909. They were in great condition, although they appeared to have a couple of decades’ worth of dust and grime on the covers. Still for some reason I felt I had to have them, even though I knew digital versions are available for free. I ended up paying $40, and that was a steal; some collections on eBay and other sites sell for $300 to $600.

The Harvard Classics used to be called “Dr. Eliot’s Five-Foot Shelf.” That was a reference to Charles Eliot, president of Harvard University from 1869 to 1909 (and cousin of the poet T.S. Eliot). President Eliot had set out to curate a book collection that would be “a good substitute for a liberal education in youth to anyone who would read [it] with devotion, even if he could spare but fifteen minutes a day….” And, he added, such knowledge could fit on a five-foot shelf.

The initiative was successful. More than 350,000 collections were sold in the two decades following first publication. Eliot’s project spans science, philosophy, poetry, and other fields, and includes works ranging from The Divine Comedy to The Autobiography of Benjamin Franklin. Clearly Eliot meant it when he said that books “are the quietest and most constant of friends; they are the most accessible and wisest of counselors, and the most patient of teachers.”

Many in academia today probably would agree with that quote. However, there probably wouldn’t be wide agreement with Eliot that not just any books, but rather those in the Western canon, are the wisest of counselors. In fact, even in Eliot’s era, colleges and universities (Harvard included) had begun to move away from their core curricula, which had ensured that most students were familiar with many of the classics, and at least acquainted with many others.

The reasons for that shift have been written about exhaustively. Academic specialization and the desire on the part of faculty to offer related elective courses, increasing anti-Western sentiment in some humanities departments, and social justice campus initiatives deserve much of the blame. And so at many colleges now, it is possible for a student to receive his or her diploma without having read or thought about much, if any, of the greatest literature that ever has been written.

Given this strong institutional momentum away from the canon and a unified general education core, some have looked for next-best alternatives, however imperfect. A popular approach in recent years has been to create common reading programs, which are intended to give incoming freshmen a dose of high-level literature and an introduction to the kind of serious intellectual engagement they should expect in college. But even this approach has fallen short.

The National Association of Scholars (NAS) has released a report today that analyzes 348 colleges’ common reading programs. The report, the latest in NAS’s Beach Books series, is subtitled “What Do Colleges and Universities Want Students to Read Outside Class?” It appears that the answer, for the most part, is non-fiction with a progressive slant published in the past ten years, such as Ta-Nehisi Coates’s Between the World and Me and Bryan Stevenson’s Just Mercy.

Many universities’ selections deal with racism and civil rights, immigration, and family dysfunction. “The themes register most strongly with [the] common reading genre’s continuing obsession with race, as well as its infantilization of its students, its middlebrow taste, and its progressive politics,” the report states. Part of the problem is that non-academic administrators control most reading programs, and often inject social justice goals into the selection process.

Book selection committees usually are stacked with individuals from campus diversity, sustainability, student affairs, and residential life offices. Those individuals tend to lack the background and expertise, and in some cases the incentives, to choose challenging books of “enduring power and beauty.” These campus bureaucrats often seek to make reading programs build “community” and promote “inclusivity,” and sometimes even encourage political activism.

When such goals have precedence over more academic ones, the results can be tragicomic. For example, at North Carolina State University (NCSU), a book nominated by a committee member can receive a maximum of 40.5 points. Out of that, “literary quality” accounts for just 3 possible points. However, 4 points can go to “accurate, respectful portrayals of diverse cultures.” (NCSU ultimately chose Stevenson’s Just Mercy for 2016-17.) To laugh, or to cry, that is the question.

According to NAS, this sort of mediocrity is compounded by pressure from accreditation agencies. More and more, those organizations want quantifiable documentation of student learning. Because of that, “student reading itself—and book selection based on literary quality—are secondary.…” NAS says reading programs are now mostly in place to satisfy accreditors, because without their seal of approval, colleges’ access to federal loan money is jeopardized.

Other recommendations call for curbing administrators’ power. NAS says faculty in disciplines such as English and philosophy, not campus bureaucrats, should be in charge of reading programs. Further, all political and non-academic goals should be abandoned, and donors should ensure that’s happened before writing checks. Finally, says NAS, admissions standards should be raised—only students “capable of reading a challenging book” should be in college.

After I left the estate sale and arrived home, Harvard Classics in tow, my first order of business was to do something about the aforementioned dust and grime situation. I grabbed some wet wipes (first checking to make sure they were safe on leather) and started cleaning the book covers. Front, back, spine…front, back, spine…. After a few more iterations of this, I picked up another volume and saw that it had been bookmarked. I opened it, and read this:

Not marble nor the gilded monuments
Of princes shall outlive this powerful rhyme,
But you shall shine more bright in these contents
Than unswept stone besmeared with sluttish time.
When wasteful war shall statues overturn,
And broils root out the work of masonry,
Nor Mars his sword nor war’s quick fire shall burn
The living record of your memory.

Those lines, the first 8 of Shakespeare’s Sonnet 55, struck me. Perhaps the deceased elderly woman whose house I’d rummaged had once loved this poem and these classics. And perhaps that love is now, in some way, my possession—a living record of that which she, and Charles Eliot, and those who bought this collection over a hundred years ago had cherished. If great art is immortal, as the poem’s speaker believes, maybe that’s so because these and countless other individuals have kept it alive, in spite of time, place, and circumstance.

Circumstances now, especially in academia, often appear unfavorable to great literature, in particular the Western canon. That’s why the work of organizations such as the National Association of Scholars is so important. A rigorous, passionate defense of these books is not based on political winds, which always are ephemeral. That leaves open the possibility that over time, colleges and students will change course, and seek a more rewarding intellectual path.