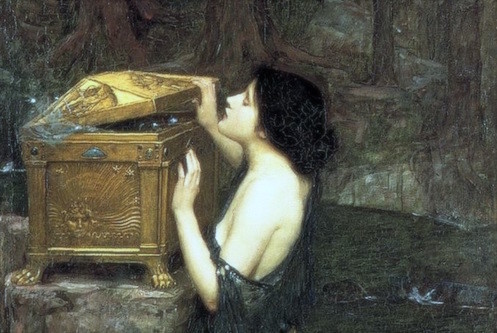 At their best, community colleges provide educational opportunities to individuals who otherwise might not have them. They offer specialized workforce training that can lead to rewarding careers, as well as streamlined transfer options for those seeking more advanced degrees. But it seems that, while singing the praises of such schools, policymakers have overlooked serious problems within them.

While they may in the main be the “unsung heroes of American education,” community colleges are not immune to problems such as low academic standards, mismanagement, and even fraud. Unfortunately, when those issues arise, they often seem to receive little attention from school leaders whose job should be to provide accountability. Recent cases from North Carolina suggest that community college governance may be in need of an overhaul.

Consider Martin Community College (MCC). In 2014 an anonymous letter allegedly written by a group of concerned students, faculty, and staff was sent to the head of the state’s community college system, the school’s board of trustees, and lawmakers. It made numerous allegations against MCC’s president, Dr. Ann Britt, and trustees. “MCC is in a catastrophic state and immediate attention is necessary to re-establish its integrity and purpose,” the letter stated.

Jackie Gillam, the college’s board chair, responded defiantly, saying, “That 10-page document had very little to do with what actually is the truth. There are little pieces that might have a grain of truth and nine grains of misrepresentation.” She added: “Our board stands behind Dr. Britt.”

Last November, however, more than two years after Gillam made those comments, the State Board of Community Colleges (SBCC) released a report that substantiated several of the allegations in the 2014 complaint.

Financial blunders, inept campus administration, unengaged trustees, and lack of transparency had created a situation so dire that the state board threatened to withhold MCC’s funding, and it effectively pushed the president out by refusing to pay her salary; Dr. Britt is resigning in March.

The report showed that over several years, more than $5 million in state funding had not been spent by MCC. But this was not a case of fiscal prudence; state allocations are based largely on colleges’ baseline operating needs—apparently, key staffing positions went unfilled and important equipment went un-purchased, leaving the school in disarray. And by the 2015-16 fiscal year, the finances had reversed: the school was at risk of operating in the red.

Furthermore, state-mandated employee bonuses had not been paid out, and the board of trustees had become impotent because of bylaws that vested authority in a small campus executive committee. “[Under] the current structure, decisions can be made by five (5) board members rather than the full board consisting of 13 members. This circumvents the statutory intention that decisions be made by a full 13-member board,” SBCC’s report said.

On December 7, three weeks after that report was released, Martin Community College responded with a “Corrective Action Plan,” pledging to shore up its finances, reassert the full board’s power, and provide greater transparency. Somewhat shockingly, according to WITN news, the trustees sought to pay Dr. Britt $200,000 “for unused vacation and sabbatical leave”—a plan later vetoed by system leaders. Board chair Jackie Gillam says the school is now trying to find extra funds to pay for Britt’s salary until March, when she retires.

In fact, Gillam has continued not only to defend Dr. Britt, but to cast doubt on any criticism of MCC, no matter how much it is supported by the facts. She released a prepared statement in response to the SBCC’s November report, saying, “While I am very supportive of the factual and objective resolution of college issues, I am tremendously concerned that the [community college system] would seek input from only a few of our trustees and not the entire board.”

But if there is a legitimate criticism of North Carolina’s community college system, it is that it took more than two years for it to fully investigate Martin Community College. It is not that it interviewed dozens of campus leaders and administrators who might be less staunch than Gillam or some other trustees in defending their troubled school, and who therefore might provide a more reliable account of its problems.

There are supposed to be several levels of oversight over North Carolina’s 58 community colleges. At the campus level, there are boards of trustees appointed by the governor, local county commissioners, and county boards of education.

All 58 boards report to the State Board of Community Colleges, which in turn reports to the state legislature. Further oversight comes from the accrediting body, the Southern Association of Colleges and Schools. (One reason Dr. Britt was pushed out of her presidency is that MCC has an upcoming accreditation review; system leaders and some trustees apparently wanted to be able to show that the college is “turning the page” on a bad chapter.)

Most decision-making power is granted to trustees, due to the belief that their local knowledge will provide the best guidance. They have authority to dictate personnel practices, hire and fire the president, and adopt educational policies. But trustees often seem to lack the training and knowledge to effectively and independently carry out their duties. Too frequently they rely on campus leadership to steer them—Martin Community College providing a case in point.

Richard Cowan, a long-serving MCC board member, told system officials at their recent meeting that trustees have been hindered by a lack of transparency. As an example, he said that board members are often not given meeting materials until the day before meetings and that those materials are often missing key information. (He also said that he believes there are issues beyond what came to light during the MCC investigation, although no specifics were discussed.)

If Cowan, a trustee at a school with less than 800 students, is experiencing such frustration, it’s possible that trustees at the state’s 57 other community colleges, which in a given year enroll, combined, more than 700,000 students, have faced similar issues.

Fayetteville Technical Community College, for example, is being sued by six former employees who claim they were pressured to raise student retention rates by inflating grades. They further allege that the school’s president, Larry Keen, used the high grades in an attempt to secure performance funding from the state.

And a recent tip to the state auditor’s office uncovered a scandal at Wayne Community College (WCC). A professor provided improper benefits to a school employee, allowing him to receive course credits without attending or participating in any classes. Roughly $10,000 of state and federal funds were used fraudulently. According to the state auditor’s website, other community colleges in recent years have been found in violation of either accounting practices or state codes, although no cases were as egregious as the one at WCC.

All of these examples beg the question: what might be happening at other community colleges that we don’t know about? Even if we assume that boards of trustees are engaged and willing to tackle problems on their campuses, the fact remains that college officials control their flow of information, and may not always provide the transparency necessary for good governance.

Moving up the hierarchy, the State Board of Community Colleges itself is beset with bureaucratic problems, and in recent years has served as a “rubber-stamping” body. At its recent meeting, there was a lively discussion about the situation at Martin Community College, but board members were often unaware of their own authority, and repeatedly turned to staff members for clarification.

North Carolinians should not have to rely only on the occasional bombshell from a concerned campus group or whistleblower to call their community colleges to account. There clearly is room for improvement in terms of ensuring that such colleges are being properly stewarded and that trustees and the state board are fulfilling their duties. And here, the responsibility lies ultimately with the state legislature. Perhaps it should consider these governance issues before it finalizes the community college system’s biennial budget this summer.