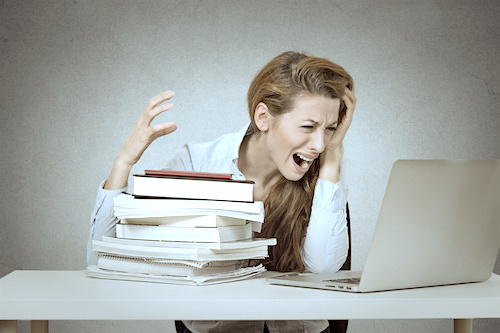 When universities institute things such as “safe spaces” and “trigger warnings,” they often justify doing so in the name of protecting students’ mental health. Critics, on the other hand, argue that universities are more often protecting students from ideas with which they disagree and shielding them from the vicissitudes of adulthood.

But there is at least some evidence that students’ mental well-being may be a more legitimate concern than those commentators would suggest, even if the methods of addressing it are at times suspect. Analyzing both sides of this divide and weighing the available facts may help universities adopt more rational campus policies going forward.

To be sure, many of today’s headlines seem to give credence to those pundits who decry so-called “campus snowflakes.” In the wake of the recent presidential election, colleges provided safe spaces and counseling services for students “traumatized” by the result. For example, at the University of Massachusetts Boston, students were invited to a “Coping and Balance” workshop to play with “Doggo, the therapy dog.”

These cases seem to embody a problem identified last year by Greg Lukianoff and Jonathan Haidt in an Atlantic story titled “The Coddling of the American Mind.” The authors argued that campus culture “presumes an extraordinary fragility of the collegiate psyche, and therefore elevates the goal of protecting students from psychological harm.”

It appears, however, that such a presumption is not entirely groundless. According to a survey by the American College Health Association, 17 percent of students nationwide were diagnosed with or treated for anxiety problems during the past year, and 13.9 percent were diagnosed with or treated for depression. And a 2012 survey of college counseling center directors found that 75 percent of respondents thought that the number of students with major mental health problems had increased over the prior year.

Nevertheless, some researchers cast doubt on such data because of its often limited scope and anecdotal nature. It’s difficult for analysts to determine the true state of student mental health because of student privacy protections such as the Family Educational Rights and Privacy Act (FERPA). Also, sampling biases and other statistical problems may inflate the severity of mental health issues or otherwise distort findings.

Consequently, researchers’ conclusions about what’s contributing to the apparent uptick in mental health disorders vary widely. Some say that increased academic pressure and difficulty adjusting to college are to blame. (Although one counter to that argument may be this recent study, which found that the average full-time student spends just 19 hours per week on schoolwork and 29 hours per week socializing).

Other experts point to social media and the ways it can shape how students perceive the success and happiness of their peers, which in turn can lead to feelings of self-doubt and depression. Upbringing may also affect students’ mental resiliency: “helicopter parents” may be instilling unrealistic expectations in their children that evolve into feelings of anxiety and inadequacy when they face disappointment in college.

But in this Psychology Today article, Loretta G. Breuning, a professor emerita of management at California State University East Bay, offers a different explanation. She argues that rising emotional distress is in part due to over-reliance on mental health services to alleviate natural emotional responses. As a result, Breuning says, individuals don’t learn how to manage life’s disappointments, and often lack self-reliance.

And health professionals may themselves be to blame for the belief that there is a “crisis” of mental instability on campus. Breuning claims that such professionals have overstated mental health statistics to justify requests for increased funding—a sentiment echoed by Jesse Singal in a New York magazine article titled “The Myth of the Ever-More-Fragile College Student.”

According to Singal, “college counselors are so convinced [students’] mental health is getting worse that it’s become dogma in some quarters.” He references a study of a “private, moderate-sized university located in the northeastern United States,” published in the Journal of College Student Psychotherapy, that found no evidence that students’ psychological problems had increased over a recent fifteen-year span.

Singal notes that the study’s author found four other studies that had reached similar conclusions: “This doesn’t definitively prove that kids who seek counseling aren’t getting sicker, of course. But statistically, [the study’s author] argues, it’s unlikely that five studies looking at different schools would all come up with null findings if, in fact, there was a widespread increase in student pathology overall.”

For example, at Appalachian State University, students have access to individual counseling, group counseling, and even couples counseling. Students can discuss anxiety management, difficulties being apart from their families, sexual identity issues, and more. Other schools in the University of North Carolina system offer similar services. But are universities spending too much on them? Too little?

University of Michigan researcher Daniel Eisenberg estimates that the average public university spends about $1 million per year on mental health services. But, as Eisenberg notes, it’s difficult to measure whether this is the “right” spending level. Given the incomplete and often conflicting data that’s currently available, the best approach may be to conduct cost-benefit analysis.

Universities should carefully consider the extent to which they will diagnose and treat issues such as anxiety and depression. The results may vary by institution, as well as by student category. For instance, master’s and doctoral students may have much higher rates of stress, anxiety, and depression, and therefore command more resources.

Also, higher education leaders should consider that university bureaucrats sometimes have a tendency to self-aggrandize. Student affairs administrators and campus mental health professionals may be tempted to justify their existence—and salaries—by aggressively promoting programs and activities that are hard to defend on their merits, such as the aforementioned post-election safe spaces and over-the-top therapy sessions.

And that raises another point: universities should consider the extent to which they may be contributing to students’ psychological issues. Increased mental health outreach may not be preparing students well for the rigors of college, or for life after graduation.

In a recent Pope Center article, social psychologist Clay Routledge wrote, “Nothing good can come from treating colleges like hospitals, places where sick students come to be quarantined and healed. Instead, we should treat colleges like fitness centers for the brain, places where students learn to build their mental muscles.”

For that transition to occur, schools must strike a balance between addressing the legitimate emotional and psychological needs of their students and remaining true to their academic missions. When schools are in doubt, the latter should take precedence.