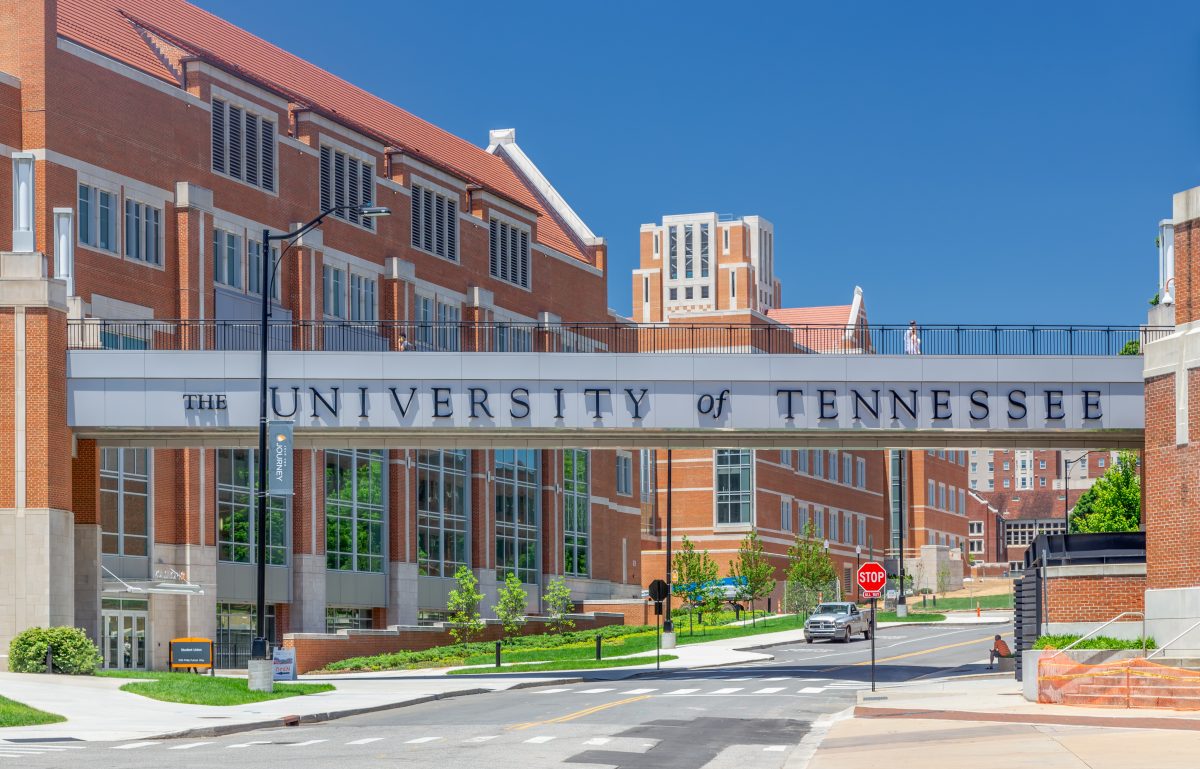 It’s by now a commonplace story: State universities in “red” states, where most of the voters and legislators dislike progressive ideology, are being infiltrated by administrators and faculty who insist on implementing radically leftist policies and courses. Earlier this year, for example, the Martin Center published this article by Jonathan Small on the ways that “wokeness” was gaining a foothold at the University of Oklahoma.

Another state where this battle is being waged is Tennessee.

The ideological skirmishing began back in 2016, as detailed in this article in the Tennessean. Fed up with a host of programs and policies instituted by the University of Tennessee, Knoxville’s (UTK) Office of Diversity and Equity, the state legislature eliminated that office’s funding.

You might think the message was clear—the representatives of the people do not want ideological zealotry in their university.

Academic units were expected to integrate “diversity” into all aspects of their efforts.The problem is that “progressives” do not recognize any limits placed on them through democracy, property rights, or contracts. Convinced of their righteousness, they never stop trying to expand their sphere of control. In education, that means pushing their ideological beliefs and forcing out dissenters.

After the 2016 battle had been forgotten, the university’s senior vice chancellor John Zomchik released a report in 2018 calling for all academic units to include “statements in their bylaws that reflect a commitment to diversity and inclusion.” Moreover, academic units were expected to integrate diversity into all aspects of their efforts and to staff their search committees with members who have an active commitment to the diversity agenda.

At this point, Zomchik and his allies might have been listening for the sounds of cannon from the state legislature. Would his move to shift the university away from traditional academic concerns by making “diversity” the trump card lead to another negative response? Unfortunately not. Emboldened, Zomchik took the next step: namely, bringing in a vice chancellor for diversity, Tyvi Small, who was certain to promote the agenda to the utmost.

Since then, the Diversity, Equity, and Inclusion (DEI) bureaucracy at the university has been growing apace. Professor Scott Yenor explains this development in his article “Rocky Top Goes Woke”:

Though UTK had zero administrators dedicated to DEI at the beginning of 2018, it now has at least 26. Though the budget was zeroed out [by] 2018, raw salaries for DEI officials, a very conservative estimate of costs, exceeded $1.8 million in 2021. Just as striking as these personnel and budget numbers is the transformation of academic life. UTK revised its General Education curriculum to emphasize “service learning” and “global citizenship,” indicating that the school is weaving progressive political activism into the curriculum.

Just how is that “weaving” being accomplished? That is the subject of a recent study by John Sailer of the National Association of Scholars.

Sailer quotes UTK’s current chancellor, Donde Plowman: “It is critical that we do not let this moment pass us by but instead do the hard work of addressing our own shortcomings as individuals and as a university.” And exactly what “shortcomings” did she have in mind? Teaching academic subjects ineffectively so that students graduate with insufficient skills and knowledge?

In June 2020, Chancellor Plowman released a statement that all academic units of UTK were developing “Diversity Action Plans” in accordance with her vision. Sailer reports that, as of the time of his writing, every college in the university has produced such a plan. They were available in general terms on the UTK website, but NAS wanted the plans in full and obtained them through a public records request.

After carefully evaluating them, here is Sailer’s judgment: “We find these plans nothing short of a blueprint for institutional overhaul—the anatomy of a diversity, equity, and inclusion takeover. […] Thus our report provides a case study in the rolling revolution under way in academia.”

What have the academic units (and even the athletics department) committed themselves to? How will they ”weave” DEI into their programs?

They will have DEI course and curriculum audits to show their commitment; they will require faculty to include DEI statements on their syllabi; they will require DEI learning outcomes and “critical consciousness” assessments. The College of Social Work has created a minor in social justice that is geared toward graduating students for activist careers after saturating them in Critical Race Theory (CRT).

Perhaps even worse than the teaching of DEI concepts is the university’s dedication to making DEI-commitment the litmus test for faculty hiring and promotion. That is even the case in the School of Engineering, where faculty are now told that there will be “explicit consideration of DEI work in annual performance reviews and promotion and tenure recommendations.” This institutional focus on DEI is certain to discourage current faculty members from voicing any criticism of the diversity mania. Anyone who might have thought about writing an op-ed or blog post arguing that diversity training is a waste of time will probably drop the idea. And dissidents will be screened out from consideration for faculty openings.

Academic units are now required to overhaul their curricula to ensure “the inclusion of intercultural perspectives and issues relating to social justice, equity, and the elimination of bias.” Professors will have to go over their materials and lectures with a fine-toothed comb, hunting for anything that might cause a hyper-sensitive student to complain. In the law school, that might mean deleting discussion of cases such as Dred Scott that some students might claim is too upsetting. In the School of Business, students will be exposed to “the value of diversity and inclusion,” and faculty in the College of Communication and Information are expected to “incorporate implicit bias, antiracism, and allyship curricula.”

In sum, writes Sailer, DEI is “a new de facto core curriculum” at UTK. In making it so, the university has chosen to put its stamp of approval on a hotly contested set of claims about America.

Remarkably, no school or department has had the nerve to say “no” to Chancellor Plowman’s demand that they pledge allegiance to DEI. That shows how thoroughly its advocates have infiltrated UTK.

About a century ago, the Left embarked on its “long march through the institutions,” intending to turn them from defenders of the values of Western Civilization into activists against it. For the last six years, the march has captured the University of Tennessee. It takes a great deal of arrogance to declare that any set of ideas must be accepted in an institution that should be dedicated to open inquiry and academic freedom, but that is just what administrators like Chancellor Plowman have done.

Imagine the furor if a cabal of religious believers took over at some state university and insisted that their beliefs be woven into the life of the institution at every point possible. It would be denounced by nearly everyone as completely inappropriate. Yet that would be no different from what has occurred at UTK.

Do the citizens of Tennessee want to pay for a “woke” university? Probably not, but unless the state legislature rouses itself to say otherwise, they’ll have to.