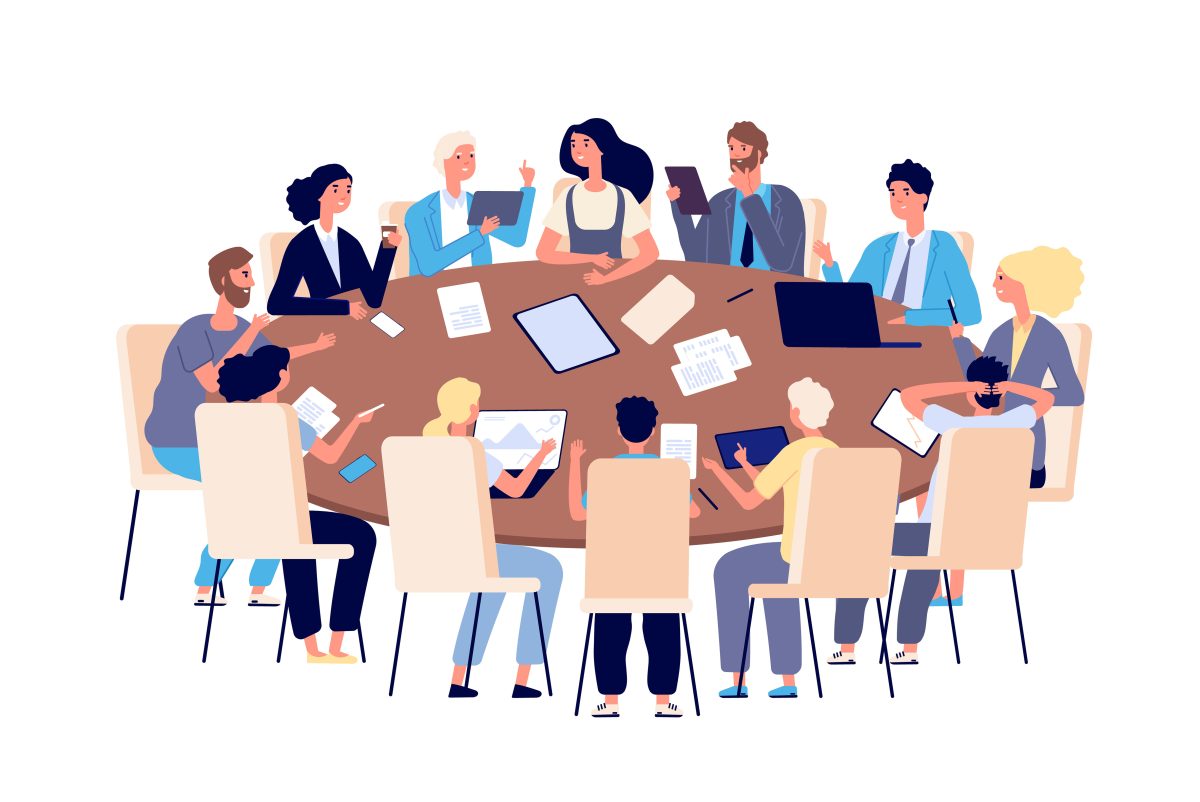 Editor’s note: This article is the fifth in a series on compensation in the UNC System. The first four entries can be read here, here, here, and here.

Over the years, American universities and colleges have slowly drifted away from their central concerns, teaching and learning. This shift is perhaps best seen in the increased number of administrators in higher education and the exponential growth in the portion of institutions’ budgets dedicated to administrative salaries.

The educational data service IPEDS categorizes administrators as “management,” defined as “those staff whose job it is to plan, direct, or coordinate policies [and] programs, [tasks that] may include some supervision of other workers.” Though IPEDS further states that “Postsecondary Deans should be classified in this category as well,” the vast majority of administrators do no teaching or research. Their jobs are thus unrelated to the most crucial university functions.

Vedder’s experience is certainly reflected in the UNC System, where funding for institutional support (i.e., administration) saw a nearly 50 percent, inflation-adjusted increase in 11 short years, “from $2,217 per student in 2006 to $4,069 per student in 2017.” 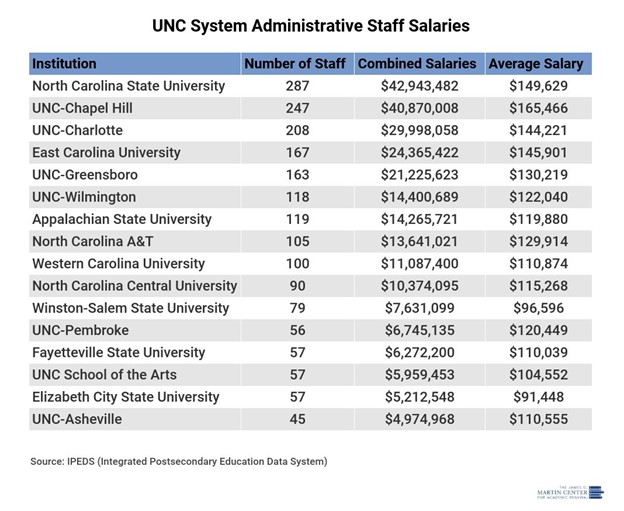 As the chart above indicates, UNC-System schools vary in their number of administrators, with the number generally increasing alongside salary totals. UNC-Charlotte, UNC-Chapel Hill, and North Carolina State University all have administrative staffs of over 200 people, and their salary totals surpass $29 million each; UNC-Chapel Hill’s and NCSU’s administrative-salary allotments are both over $40 million.

Administrative bloat is a serious issue at colleges and universities, and not only because of the related costs. Administrative roles are notoriously vague and confusing, and even trying to grasp for the sake of this article what jobs fall under the category of “administration” has been a task. However, this piece from Inside Higher Ed does give a fairly coherent breakdown of what counts. As IHE states, administrators are those employees “whose role and responsibility is to manage and oversee (in part or whole) institutional operations. As managers, they formulate, determine or influence policies.”

According to a study by the American Council of Trustees and Alumni (ACTA), “Increases in per-student spending on instruction, administration, and student services were each correlated with an increase in tuition for the next academic year.” Moreover, “an analysis of federal data between 2010 and 2018, from 1,529 four-year public and private, nonprofit institutions, [indicated that] non-instructional spending—including student services (29%) and administration (19%)—grew faster than instructional spending (17%).”

In short, institutional funds are increasingly being allocated for non-instructional spending, and comparatively less funding is going toward teaching. Since these increases correlate with tuition costs, the funding of large administrations is directly contributing to the steady increase in the cost of a college degree.

Fortunately, the UNC System instituted a system-wide tuition freeze from 2016 to 2021 in order to keep degree offerings affordable for both resident and non-resident students. Unfortunately, the 2021-22 academic year saw an increase in student fees.

Costs and budgets aside, administrators often have the power to be the “neck” of their institutions, meaning they can decide which way to turn the head. Administrators take part in deciding what is and is not acceptable on college campuses, and, unfortunately for students, this can mean limiting free speech, encouraging censorship, and generally promoting ideals (such as ideological one-sidedness) that limit intellectual growth.

While the original intent behind college administration may have been to ease the workload of faculty, the large administrations most schools currently maintain can have the opposite impact. Bound to follow administrative diktats, faculty can find their working lives becoming more complicated, not less, as administrative ranks swell.

UNC-System schools, especially those with larger administrative staffs, should take a close look at the roles they fill and the benefit gleaned from those roles. If the costs outweigh the benefits, perhaps some changes should be made. There is certainly a place for administrators in colleges and universities, but they should not exist to the detriment of teachers, learners, and the pursuit of academic freedom.