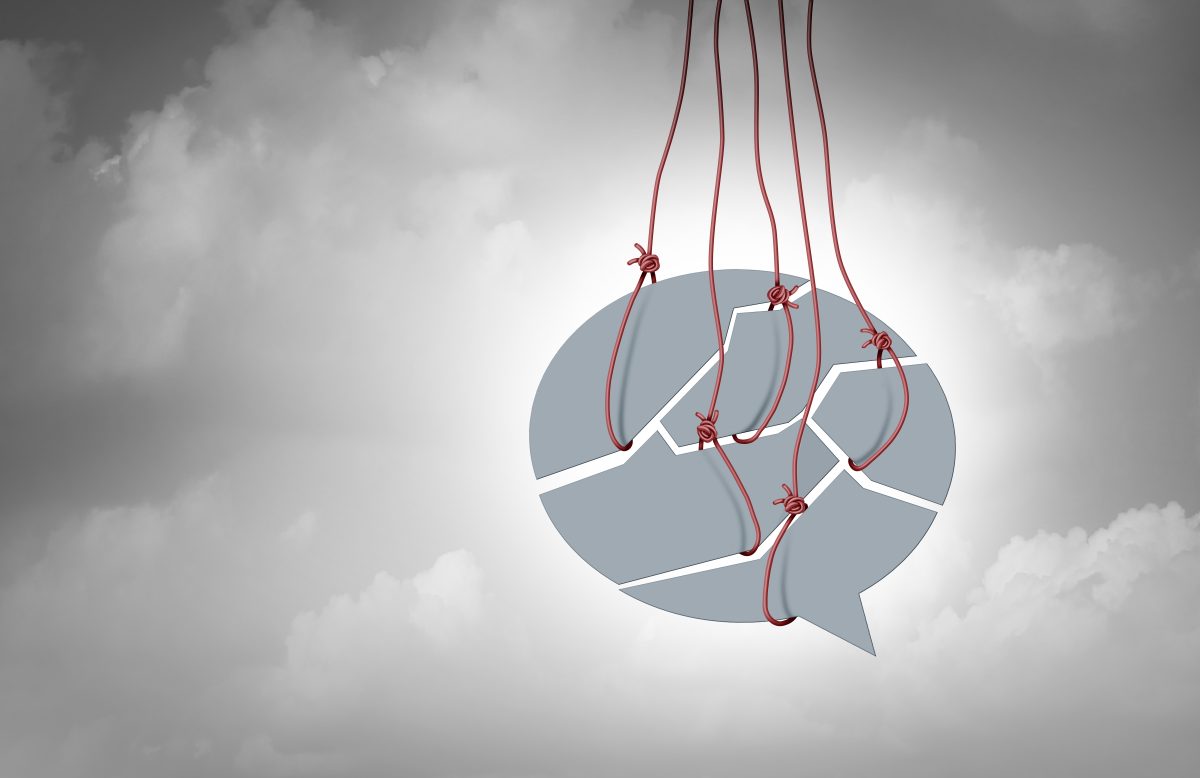 As if landing a college teaching position wasn’t already difficult enough, the powers-that-be have placed another obstacle in job-seekers’ path: the so-called “Statement on Diversity, Equity, and Inclusion,” better known as the “diversity statement” or “DEI statement.” Many (most?) institutions now require such a document as part of the application packet along with the traditional CV, cover letter, and transcripts.

As a long-time advice columnist for The Chronicle of Higher Education, I frequently hear from academics on the job market. Lately, I’ve been getting emails asking how to write a diversity statement. I fear I’m not much help in that department, partly because I haven’t had any firsthand experience writing such statements but mostly because I find the whole concept not only absurd but incredibly toxic.

Still, I do what I can. I realize this is a hoop academic job-seekers must jump through, whether they agree with the premise or not (and I suspect, from the tone of their emails, that many find it just as objectionable as I do). So I direct them to articles in The Chronicle and elsewhere with titles like “Five Don’ts in Your DEI Statement” and “What Not to Write in Your DEI Statement.”

What is perhaps most striking about these essays and others like them is the focus on what applicants should NOT say. This illustrates perfectly the fundamental problem with diversity statements: Their purpose is to prove a negative—namely, that the writer is not a bigot—apparently by demonstrating to the committee’s satisfaction that he or she has whole-heartedly embraced the DEI agenda.

If I were looking for a new job right now—which I’m not, although I suppose I might be after this essay is published—I would most likely have to submit a diversity statement, even though there is nothing in my record to suggest that I’ve ever been anything other than non-discriminatory and fair-minded as a teacher and administrator.

The fact that most advice on writing diversity statements focuses on “don’ts” illustrates the extreme tenuousness of the vetting process as well as its perverse nature. Rather than figuring out what to say to improve their chances, candidates must tiptoe very carefully around the things they had better NOT say lest they remove themselves from consideration—including such truly deplorable and damning assertions as “I don’t judge people based on the color of their skin” and “I try to treat everyone fairly.”

Because that is exactly the opposite of what the diversity, equity, and inclusion czars want to hear. For them, it’s not enough for people not to be racists, for example. They must be, in the words of “race scholar” Ibram X. Kendi, “antiracist.”

Never mind that, as a teacher or administrator, you should strive to treat all students equally, as individuals. According to “antiracism,” you are supposed to discriminate—in favor of groups who have historically been oppressed, which necessarily entails discriminating against those who have traditionally held “privileged” status. Antiracism does not mean treating people equally or fairly. It means righting past wrongs, with the Kendis of the world as the sole arbiters of what constitutes “past wrongs.”

Thus, any statement of “diversity, equity, and inclusion” that passes muster with a modern-day academic search committee will not be about diversity, equity, or inclusion at all. Instead, it will outline the applicant’s plans for using the power of his or her position to punish those whom the establishment deems oppressors, while showing favoritism to those designated as victims.

The intent of this perverse requirement—indeed, its actual effect—is to promote and enforce strict ideological conformity. No diversity of viewpoint in your diversity statement, thank you very much. You must swear fealty to Kendian “antiracism,” in much the same way Communist Party members must constantly declare their loyalty to the Revolution.

A predictable outcome is that all (acceptable) diversity statements sound pretty much the same—essentially, like “woke” parodies, spouting terms like “anti-racist,” “deconstruction,” and “white supremacy.” Indeed, that is the goal. Groupthink, to the diversity gurus, is a feature, not a bug. To be admitted into the academic guild, supplicants must now parrot phrases learned from their advisors, from luminaries in the field (like Kendi), and from reading the types of articles linked above.

This, in turn, enables search committees to identify “the right kind of people”—which of necessity, over time, becomes its own vicious cycle, as departments become less and less diverse and vibrant intellectually. The only things that matter are conformity and ideological purity. This explains, in large part, how universities have become so “woke” so fast, as Garion Frankel describes in a recent essay for The Martin Center.

If you’re thinking, “That’s not how a bastion of liberal thought should operate,” you would be correct. This seemingly innocuous new requirement signals the death of true scholarly inquiry.

This is especially hazardous in STEM fields, where the pursuit of truth can have real-world ramifications. According to Andrew Gillen, writing for Aero Magazine in April of 2020, “Research suggests that the left’s takeover of academia is hurting the quality of new science produced on campuses. And new evidence hints that students’ educations may be harmed as well,” even at supposedly “elite” universities.

Indeed, a recent study by James D. Paul and Robert Maranto found that “Prestigious universities are significantly more likely to have DEI requirements than non-prestigious universities” and that, “perhaps surprisingly, these statements are as prevalent in STEM fields as in the humanities and social sciences.”

For Manhattan Institute scholar Heather Mac Donald, author of The Diversity Delusion: How Race and Gender Pandering Corrupt the University and Undermine Our Culture, this trend poses a great danger to the academic and scientific enterprise. In an article for Jewish World Review, she quotes an unidentified UCLA scientist: “All across the country the big question now in STEM is, how can we promote more women and minorities by ‘changing’ (i.e., lowering) the requirements we had previously set for graduate-level study?”

The answer, says Mac Donald, is that “mathematical problem-solving is being deemphasized in favor of more qualitative group projects; the pace of undergraduate physics education is being slowed down so that no one gets left behind.”

As we de-emphasize merit in favor of diversity, we create a generation of “scholars” who owe their positions more to political correctness than to academic accomplishment. In place of intellect, they rely like courtiers of old on flattery and posturing to win favor and its accompanying patronage (e.g., a job, a promotion, tenure).

To some degree, this has always been a problem in academia. The less talented build careers by imitating and sucking up to the more talented. But the diversity statement requirement is especially insidious, elevating such behaviors to the level of standard operating procedure. It becomes virtually impossible for those with innovative and independent minds, who are unwilling merely to recite the DEI pledge, to get past the first round of the hiring process.

The result of this practice over time will be to further diminish the academy. As Abigail Shrier, author of Irreversible Damage: The Transgender Craze Seducing Our Daughters, recently told a group of Princeton students, “any institution that takes our brightest, most capable young people…and tells you can only work here if you think like we tell you to and keep your mouth shut….[is] the husk of a once-great institution.”

As academics, we’re fond of defending ourselves against charges of radical indoctrination by claiming that we teach students “how to think, not what to think.” If that’s true, then why do we now tell job applicants—potentially, those students’ future teachers—exactly what they’re required to think…or else?