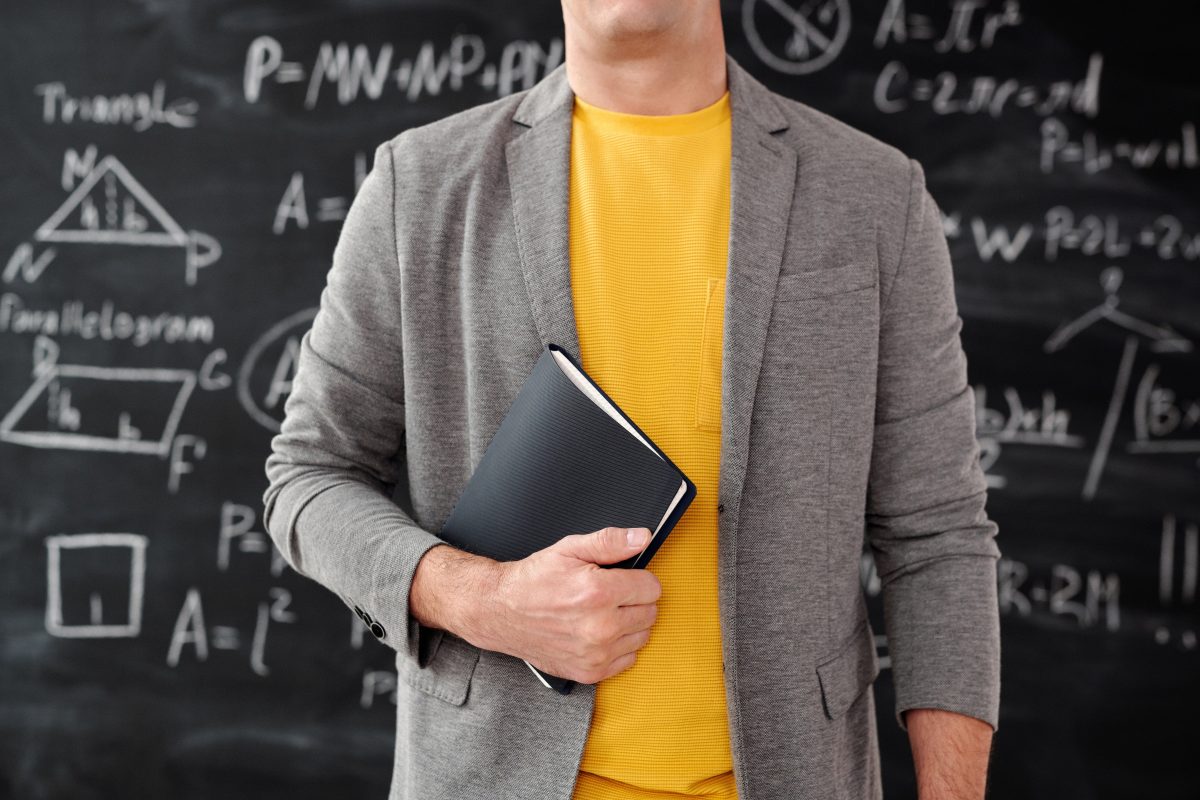 Does the average person have any idea what is now considered “normal” in the field of K-12 education? I already had some misgivings after reading Jay Schalin’s devastating review of the curricula in education schools: The Politicization of University Schools of Education: The Long March through the Education Schools. Nevertheless, I was unprepared for what I recently heard in a 2019 speech by a leader in math education, Deborah Loewenberg Ball. While the talk is now two years old, it is very unlikely that her perspective has improved.

Ball’s credentials place her at the apex of the education world: she is a professor and former dean at the University of Michigan School of Education, the Felix Klein Award lecturer at the 14th International Congress of Math Education (Shanghai, China, July 2021) — and the 2017 President of the American Educational Research Association (AERA).

The speech was Ball’s 2019 Summer Keynote address at the Standards Institute, titled Confronting & Dismantling Threats to Our Struggle for Justice in Classrooms, and it is a masterpiece. It is not a masterpiece of psychological science or educational theory or teaching math. It is a masterpiece of rhetoric that rests on false assumptions, persuades through empathic story-telling—and puts teachers, especially white teachers, in a very difficult position.

The talk centers on brief video clips of classroom interactions involving three black kids in a class of thirty fourth graders. Their task is to understand the idea of a fraction.  I will just describe the first interaction.

Fractions are difficult for kids of this age, especially in the needlessly abstract form taught under the “Common Core” curriculum.  Ball explains to her large audience that kids must eventually understand the concept of a “number line,” that it is populated with an infinity of numbers—a concept which many adults do not understand, and do not need in daily life. You can understand fractions without knowing the orders of infinity. But we are just concerned with fractions à la Common Core.

Here is the problem the kids are asked to solve. 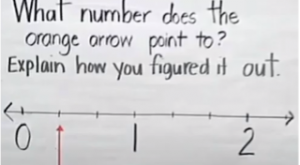 They are asked two questions: “what number is the arrow pointing to?”  “And why do you say so?” First, Ball asks her audience of educators to make their own predictions about what the kids will say, which may get the audience on-side but otherwise seems a bit of a distraction.  She repeatedly reminds them that math is dominated by whites and Asians, which is apparently a problem. She adds a veiled threat. No matter how we improve the curriculum— more rigor, etc. — “We are still at incredibly high risk for the  perpetuation of racism and marginalization as it seeps into our classrooms.”

In the clip, a black girl, Aniyah, is first to respond. Aniyah says, “I thought it was 1/7 because there are seven equal parts.” Another black girl, Toni, responds, with a giggle, “Did you pick 1/7?” and later, “Why did you pick 1/7?”  Ball then asks her audience to imagine how a teacher might respond to Aniyah.  After another delay to allow the audience to ponder, she gives two possible teacher responses:

“Nice job, Aniyah. Can someone help Aniyah out and show what the whole is on the number line?”

“Thumbs up if you agree with Aniyah; thumbs down if you disagree.”

Ball comments:  “Two common responses; on the face of them, they don’t look evil.” Then, she says “But in both cases, in different ways…Aniyah is positioned as ‘not smart’.” Is she, really? In any case, this is wrong; Aniyah should be ‘positioned’ as “contributing to our collective work.” Both these teacher responses fail to support the “mathematical work of the class”, according to Ball.  They have consequences not just for Aniyah’s identity but for what everyone else in the class is learning about black girls in general.

Ball conveys a similar message about a teacher’s potential responses to Toni’s behavior: Toni’s giggling at her classmate’s error may put her in the position of being a troublemaker. “There is a lesson being taught here about black girls in both cases… Why do things like this happen in our classroom?” she asks. Concluding reprovingly:  “I’m sure I don’t have to tell you that behaviors of that type and responses of that type are what contribute to the perpetuation of marginalization and oppression.”

Ball’s account of this episode may seem unrelated to mathematics and without any scientific foundation. To relieve anxiety on that score, her next slide is a “macro-perspective” diagram. Diagrams like this are common in sociology; almost invariably, they are scientifically meaningless.  But the diagram looks “sciency” and allows Ball to muddle her audience with the (irrelevant and unverifiable) complexity of the mental states of students and teachers — not failing to emphasize racial problems (“Legacy of oppression and punishment of blacks”) and “the ‘scientific’ [with air-quotes] racism of measurement.” [emphasis added]

Ball’s address might be dismissed as harmless speculation, were it not for the artful way it is presented as “education research” by a prestigious figure to large and presumably receptive audiences.  She has impact—and a consistent message. Her earlier 2018 AERA Presidential address begins with video clips of people reminiscing about good and bad teachers, and allusions to deleterious Western effects on indigenous cultures, the error of ‘ableism,’ binary sex, etc.  It ends with the Aniyah-Toni episode and the same conclusions she spouted in the 2019 address.

The radical presumptions of education research leader Deborah Ball are amply documented and probably widely accepted in the field. They seem to be as follows.

In other words, Ball is suggesting that, if some kids do less well than others, it is the teacher’s fault because endogenous differences do not exist but racism is everywhere. Teachers — at “high-risk for reproducing patterns of racism and marginalization”—must tread a very fine line.

Story-telling, anecdote, performative politics, disdain for scientific measurement, and an obsession with race, rather than the development of mathematical competence, seems now to be the agenda for ‘research’ on elementary math education.