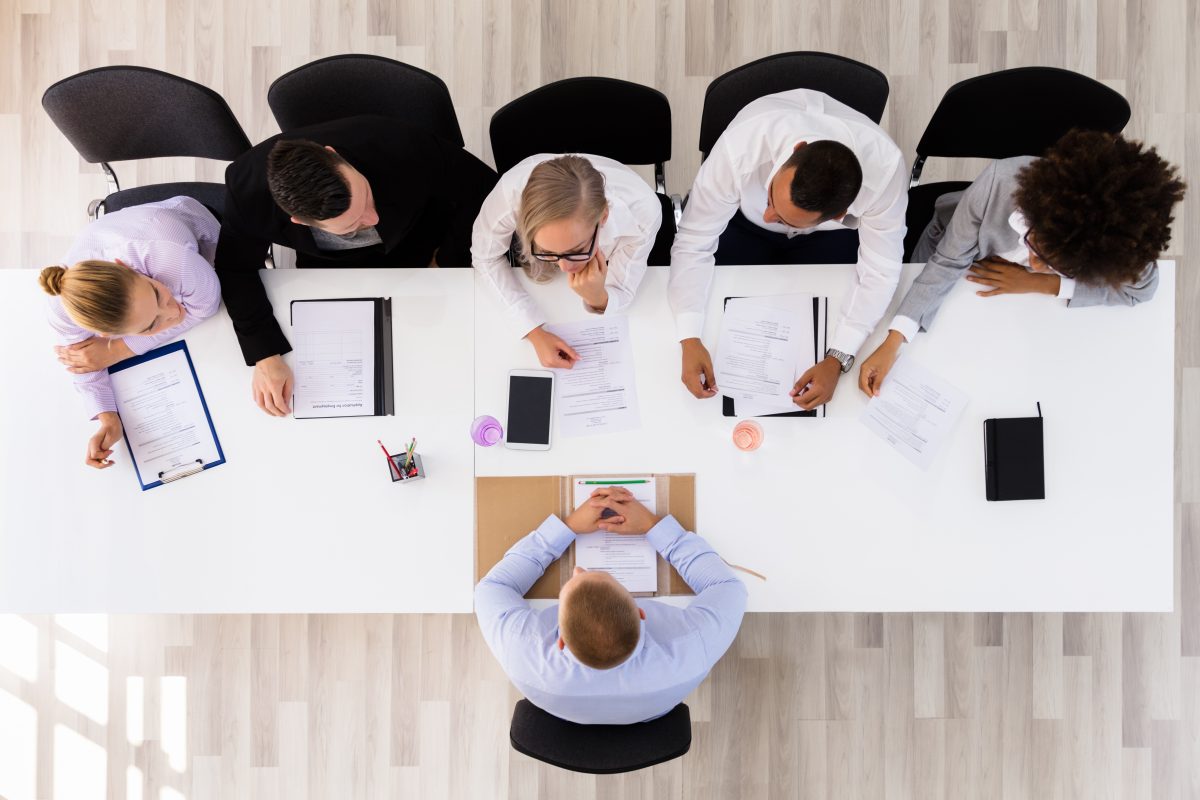 Most businesses and the general public had a brutal year in 2020—perhaps with the notable exceptions of Zoom and toilet paper manufacturers. Universities suffered as well, with enrollment drops and budget cuts forcing them to freeze hiring and salaries, furlough faculty and staff, and restrict spending.

Some colleges even went insolvent, with many others on the brink of a financial crisis.

But universities have two things most Americans don’t—lobbyists and friendly politicians eager to do their bidding. They spent the last year begging for bailouts and enjoyed a considerable degree of success. Universities received nearly $60 billion in higher education relief funds and are set to receive an additional $40 billion in bailouts. Unfortunately, these relief packages didn’t have restrictions to curb wasteful spending, such as administrative bloat and other non-instructional expenditures.

As a result, some colleges across America continued to spend recklessly on administrative expansion, often at the expense of faculty. A number of institutions cut tenured positions. But two schools, Ohio State University and Syracuse University, hope to buck these trends. Both plan to hire at least 400 tenure-track faculty over the course of several years.

If this were the whole story, we might start singing their praises for hiring long-term professors instead of short-term adjuncts. But longtime observers of the American higher education system should probably know by now that cynicism is a safer bet as it is here.

A closer look reveals that the hiring bump is about promoting political agendas rather than improving education. Identity politics and private- and public-sector influence are hidden inside these academic Trojan horses.

As higher ed recovers from COVID-19 cuts, leaders have a renewed commitment to “social justice” that will be reflected in their hiring decisions.

Ohio State plans to add 350 tenure-track faculty, with over 40 percent of the hires part of campus race, inclusion, and social equity (RAISE) initiatives. Yet, even a 40 percent mandate wasn’t enough for Ohio State president Kristina Johnson who wants more efforts to hire faculty from “underrepresented and BIPOC [Black, Indigenous, & People of Color]” communities.

So, how will this new hiring plan improve an institution’s educational quality?

RAISE advocates don’t seem to think this question is particularly important—the bigger concern is building an “anti-racist society.” It’s highly questionable that such an objective belongs in academia, which is supposed to be concerned with the pursuit of knowledge and truth. Even the term “anti-racist” is its own type of deception—tenets of anti-racism are much more about redistributing power to political progressives than they are about ending racial discrimination. The campus may look more diverse, but the result will be homogenous thought.

Syracuse University is taking a subtler approach, though no less insidious.

Syracuse will use a “cluster hiring” approach to improve the diversity of its faculty. Cluster hiring allows universities to hire a batch of professors at once instead of individually filling jobs. Proponents claim that this increases the probability for underrepresented minority groups to be chosen. Faculty in these clusters will address matters like social justice, “critical issues” related to citizenship and democratic institutions, and “global environmental change.” The selection process, along with some of the subject matters of these clusters, seems to focus less on actual scholarship and more on setting political standards.

It’s important to recall that these identity-based hires will eventually earn tenure. Tenure is supposed to protect faculty from easy termination and often acts as a buttress against encroachments upon academic freedom. Ideally, tenure protects faculty regardless of political inclination. However, Ohio State and Syracuse are using it as a weapon: They use tenure to hire and keep faculty with particular ideologies (with hiring criteria that act as a political litmus test). In this manner, political progressives will dominate academic departments for decades to come.

These administrators only seem to believe in academic freedom insofar as it justifies helping their ideological friends.

If non-progressives gain tenure, they cannot rely on their institutions to defend their free speech. In 2017, for example, Syracuse firmly supported a professor who demonized people she disagreed with as “fascists,” calling on others to “finish them off” in a tweet. Despite calls for her termination, the university’s chancellor said that “faculty must be able to say and write things—including things that provoke some or make others uncomfortable—up to the very limits of the law.”

Yet in 2020, a chemistry professor at Syracuse was placed on administrative leave after joking about political correctness, calling the coronavirus the “Wuhan Flu or Chinese Communist Party Virus.”

These administrators only seem to believe in academic freedom insofar as it justifies helping their ideological friends. Across higher ed, controversial progressive statements are defended while non-progressive speech gets investigated and condemned.

Political influence is not only limited to diversity faculty hiring. Ohio State is also part of an initiative to reignite regional growth by, among other things, providing “significant start-up support” for 50 new research faculty. As a land-grant institution, Ohio State could argue supporting economic growth and research is part of its mission.

But university-supported economic growth may not be all that it promises to be. As higher ed adds more goals, initiatives, and non-academic programs, this “mission creep” may sound well-intentioned, but can expand the bureaucracy and dilute a college’s core academic purpose.

These types of incubation efforts also often experience internal mission creep. UT-Austin’s IC2 Institute, a so-called “think-and-do tank” with a similar start-up focus, has grown to collaborate on development projects in India and several other countries. Narrowly focused initiatives often take on a life of their own.

Even more disturbing is how these endeavors promote progressive politics in the corporate world. In my report Priced Out: What College Costs America, I found that the University of Maryland-College Park’s Academy of Innovation & Entrepreneurship offered courses such as “Engineering for Social Change” and “Strategy for Social Activism,” among other questionable titles. These ideas eventually trickle down into corporate America, which influence state and local politics. University-supported economic growth has the potential to create opportunities for locals beyond the college green. But in the name of economic prosperity, citizens should not be held hostage to one set of ideas. And universities should not be distracted from their primary responsibility of educating their students.

As colleges start to hire faculty again, precaution is necessary. A divide is growing between educational and ideological priorities. An abstract defense of higher education can disguise the politicization of the academy. Critics and reformers must defend scholars and students against the incursions of activists and institutional hijackers.

Explicitly politicized hiring is not the only problem: Even hiring in seemingly innocuous STEM fields like artificial intelligence, energy and sustainability, and public health may hide nefarious political agendas. Much of the recent interest in these areas focus less on basic scientific research and more on advocacy—in other words, manufacturing public opinion.

Cornell University’s Atkinson Center for Sustainability, for example, includes several faculty fellows with a communication and rhetoric background who focus on influencing public perception of sustainability initiatives. At Syracuse, the cluster lead for the artificial intelligence, autonomous systems, and human-technology frontier spent most of her academic career writing about immigration, but recently developed a serendipitous enthusiasm for “public perception/acceptance” of autonomous systems.

“Innocent until proven guilty” is the American standard of justice, but new university initiatives deserve a healthy amount of skepticism. Ideological bias and political agendas have become the norm in higher ed, and they are not limited to faculty hiring decisions.

Neetu Arnold is a senior research associate at the National Association of Scholars and author of Priced Out: What College Costs America. Follow her on Twitter @neetu_arnold.