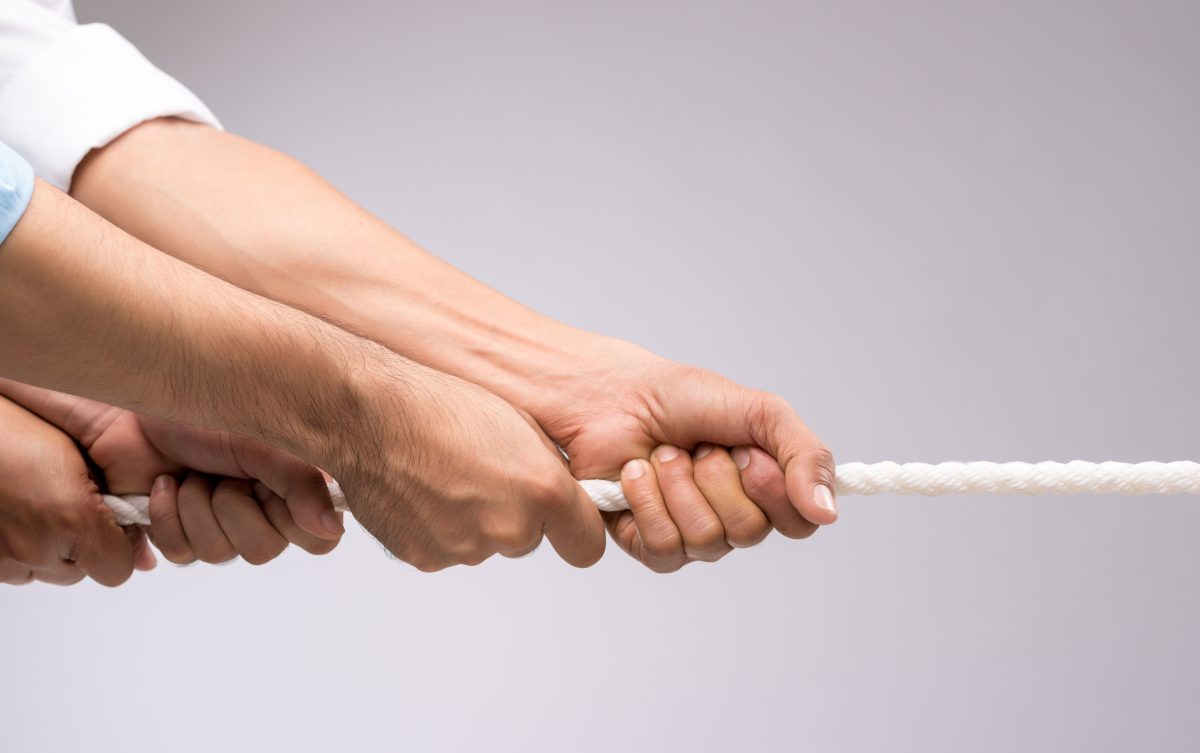 Universities’ profligate spending habits have caught up with them after substantial losses in student enrollments due to COVID-19. As undergraduate enrollment fell by 4.4 percent and students had fewer “on-campus experiences,” universities desperately began laying off employees. Some even have plans to consolidate departments and entire campuses.

Those actions spell trouble for the future of the shared governance tradition on American campuses.

Shared governance allows faculty to participate in determining university priorities pertaining to administrative hires, education policies, and the budget. Faculty participation in university governance allows academic and educational interests to have a seat at the decision-making table. While shared governance has already been steadily weakened over the past several decades due to concerning trends such as adjunctification and administrative bloat, it could face its final crisis as universities consolidate and centralize power in response to the pandemic.

Similar to the power and money grab by large corporations from small businesses during COVID-19, centralized power in higher education makes it easier for ever-growing administrations to execute their own priorities—without faculty interference. This centralization and consolidation is happening at an unprecedented rate across all levels: employee, department, and institution.

Early estimates by the Bureau of Labor Statistics found that nearly 484,000, or a tenth of workers, left the higher education industry between February and September 2020.

A good starting assumption is that the majority of those cuts should be positions that are 1) not directly related to the institution’s mission, or 2) dependent upon on-campus operations. These cuts would reflect sensible responses to the economic pressure from COVID lockdowns.

Some higher-level administrators took salary cuts or forfeited raises as well. At Ohio University, vice presidents, deans, and other leadership personnel took between a 6-20 percent cut to their base salaries. Still, base salaries for these administrators ranged from a generous $123,000 to as high as $416,000.

But cuts to base salaries do not tell the full story. The senior vice president for finance and administration at Ohio University, who can also authorize lay-offs, accepted a $100,000 bonus in July 2020. The university offered this bonus even after more than 400 employees were let go due to the university’s financial struggles.

It may be that these “chop from the top” slogans are nothing more than PR stunts like it has been suggested at the College of William and Mary. There, salary protections for salaried employees had some substantial fine print—employees of specific departments had little to no protection.

University executives have not taken substantial enough pay cuts to make up for revenue losses. Nor have they cut mid-level administrators in departments like student affairs or development. That reluctance has meant making the extreme decision to slash tenured faculty positions.

Adjunct and non-tenured faculty, who have little-to-no job security, are usually the first to go when times are tough. But during the pandemic, cuts to tenured faculty were not off the table. The University of Akron slashed nearly 100 unionized faculty positions, the majority of whom had tenure. Even wealthy, prestigious Yale University stopped hiring tenure-track faculty for a period of time.

When administrators are a growing proportion of employees, relative to academic faculty, university decisions will skew more toward their interests. The decisions following COVID-19 not only weaken shared governance—they also encourage universities to create a larger class of dispensable employees: adjunct professors, lecturers, part-time instructors, and so on. Each individual in this class of employees has less influence and interest in the long-term health of the university.

Many universities have responded to revenue losses by consolidating or eliminating academic departments. Guilford College plans to phase out nearly half of its academic majors—19 out of 42. Most of these departments, which include philosophy and political science, enroll very few students. The University of Wyoming looks to eliminate or consolidate over 20 low-enrollment departments as well. While their plans would eliminate 57 academic employees, their entire financial response to the pandemic only terminates 23 non-academic employees. Ithaca College also plans to eliminate low-enrollment academic departments, which would affect 130 faculty members, some of whom have tenure.

Those departmental cuts will decrease the number of professors on campus and further weaken their representation in shared governance. However, consolidation is not necessarily all bad. Consolidation in some peripheral (and virulently ideological) administrative and academic departments can reduce bloat and cut down on costs. For example, had Purdue University followed through with their original plan to consolidate their School of Interdisciplinary Studies—which includes units in Comparative Literature, Women, Gender and Sexuality Studies, and Global Studies—they would have gone from 16 department directors to 6. Many of these departments propagate destructive ideas such as social justice and identity politics.

However, university budget decisions should not just consider enrollment numbers in an academic department. These numbers do not necessarily indicate a department’s academic value. Some majors, like the Classics, do not attract many students compared to trendy majors like Communications and Psychology. But that doesn’t mean the Classics deserve to die.

The actions taken by universities aren’t temporary aberrations; they foreshadow the things to come.

Universities that cut down on these under-represented majors forget that academia is a preserver of knowledge, not simply a business. When these departments are cut or merged, professors who have the ability to disseminate this specialized knowledge are left high and dry, either unemployed or cloistered off in some shrinking corner of a merged leviathan.

The third way our higher education system is centralizing is through university mergers, the last resort that saves institutions at the brink of financial insolvency. Schools that considered consolidation were most often performing poorly even before COVID-19. The pandemic was the final nail in the coffin for these fading institutions.

The Pennsylvania State System of Higher Education (PASSHE) is considering a merger of three pairs of universities within its 14-school system. This consideration follows years of student enrollment declines and poor financial decisions. Student enrollment at PASSHE schools fell by 20 percent during the 2010s as Pennsylvania produced fewer high school graduates and other colleges within and outside the state attracted the smaller pool of graduates. Yet, during this decline, PASSHE increased employee salaries and benefits by 11 percent and invested more in building upgrades. Pension liabilities nearly tripled as well.

It remains unclear whether the merger will mean faculty cuts, though more than 100 tenured and tenure-track faculty members are already set to lose their positions across five of the system’s schools. It’s possible, and likely, that there will be cuts in either redundant workers or employees in departments that do not survive the merger.

Though we don’t yet know what long-term effects of pandemic cuts will be, it seems likely that consolidation and centralization will continue as faculty fade from influence in governance decisions. The projected baby bust in the coming years means that even when students return to college, we can expect low enrollment numbers to persist. Thus, the actions taken by universities aren’t temporary aberrations; they foreshadow the things to come.

Universities, and particularly university executives, are taking advantage of the COVID-19 pandemic to defenestrate full-time and tenured faculty from their positions of influence in making decisions about the future of the university. On-campus blue-collar staff will return with the students, but even if universities recover their lost revenue, they will likely turn to part-time and adjunct professors to fill instructional gaps.

This “hollowing out of the middle” inside our higher education system echoes broad economic trends in the United States for the past several decades—and what’s happening in the rest of the economy during COVID-19.

Universities no longer feel a strong connection to their educational mission as institutions; at least, if not, they see it in a far different way than they did a century ago. The pursuit of truth and the passing of the torch of civilization have given way to the efficient production of corporate- and government-funded research materials, and the maintenance and growth of a top-heavy bureaucratic machine.

Neetu Arnold is a research associate with the National Association of Scholars. Follow her on Twitter @neetu_arnold.