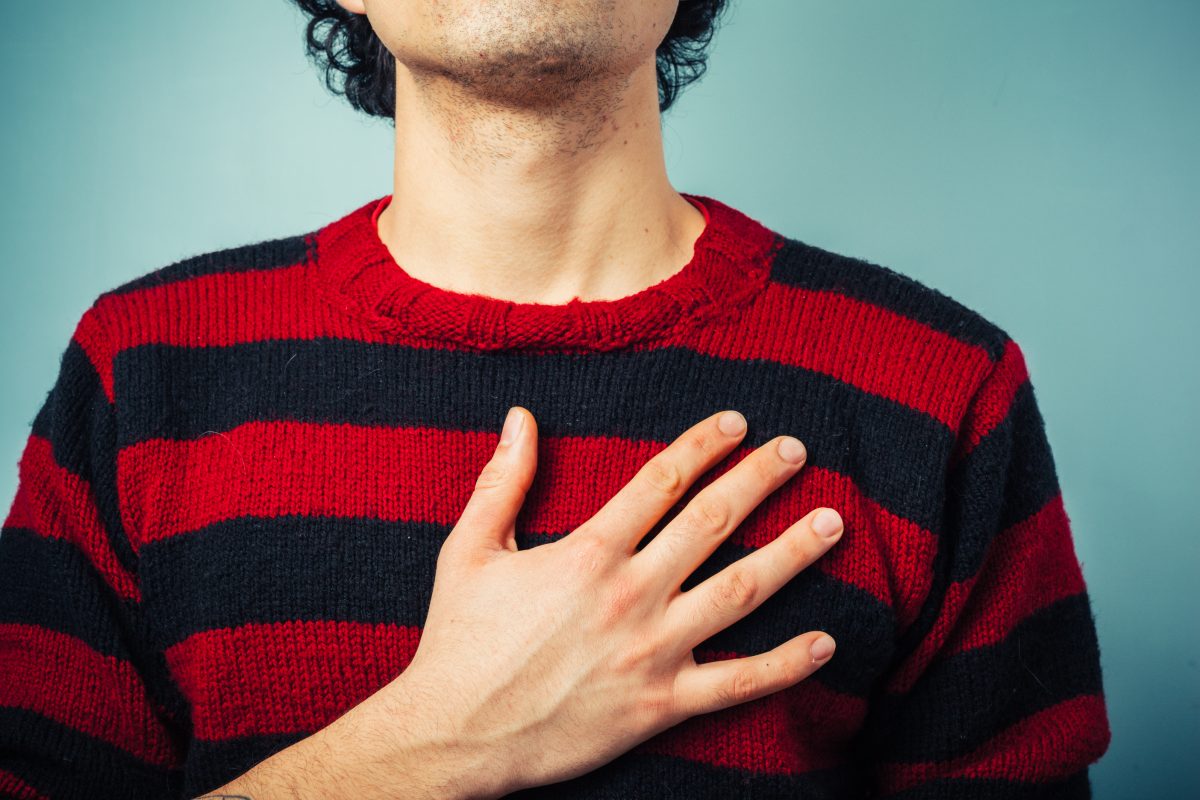 The syllabus is such a basic document that most of us tend not to think much about what goes into making one. What are its necessary ingredients? A listing of the required study and reading materials, obviously. Dates of important milestones, like term papers and exams, as well. Lecture schedules, weekly assignments, and a rubric on how the assignments and exams factor into overall grades.

Oh, and an acknowledgment—mandated by the institution—that your campus was built on land stolen from Indigenous peoples, and that your being there contributes to an ongoing intergenerational trauma.

We acknowledge that we are gathered on the stolen land of the Piscataway Conoy people and were founded upon the erasures and exploitation of many non-European peoples.

The proposed statement further invited students to avail themselves of university resources that can provide “a richer understanding of generations of racialized trauma rooted in the institution.”

To its credit, UMD has clarified that the School of Public Policy is not requiring faculty to use or affirm the Land Acknowledgement statement. Rather than dismiss it as a curiosity, however, it’s worth unpacking further, as we’re bound to see other statements like it.

Law professor Eugene Volokh, in a piece calling attention to the proposed UMD policy, ran down the various issues, including the legal issues, involved with such compelled statements:

What if a faculty member doesn’t endorse the land acknowledgment statement, perhaps because he takes the view that conquest of land and the displacement of peoples is the norm in human history…and not something that he thinks merits particular condemnation or explicit attention? Or what if he’s skeptical of claims of “generations of racialized trauma rooted in the institution?” The school may have its own view of the matter, but one principle of academic freedom is that faculty need not endorse all the views that the school endorses, and cannot be compelled to publicly make such an endorsement.

Indeed, to Volokh’s last point, the United States Supreme Court’s doctrine against compelled speech is a hallowed one in our First Amendment tradition, stretching back to its ruling in West Virginia State Board of Education v. Barnette. In that decision, the Court famously held:

If there is any fixed star in our constitutional constellation, it is that no official, high or petty, can prescribe what shall be orthodox in politics, nationalism, religion, or other matters of opinion, or force citizens to confess by word or act their faith therein.

Let’s also not forget the stain left by higher education’s enforcement of anti-communist loyalty oaths in the 20th century, the signing of which was a condition of employment at institutions across the country.

The Supreme Court ruled against those in Keyishian v. Board of Regents, pronouncing academic freedom as “a special concern of the First Amendment, which does not tolerate laws that cast a pall of orthodoxy over the classroom[.]”

That we’re in the position of reminding institutions of the Supreme Court’s scorn for compelled speech shows the work we have ahead of us.

This isn’t the first time the college syllabus has been a front for larger cultural battles. In recent years we’ve had debates over trigger warnings, which can to a degree be instructive. Separate from the question of whether trigger warnings are effective (and there is some research suggesting they have a negative effect on resilience) was the question of who should make the call on using them.

That we’re in the position of reminding institutions of the Supreme Court’s scorn for compelled speech shows the work we have ahead of us.

My organization, the Foundation for Individual Rights in Education, viewed the matter significantly as one of individual academic freedom. If a professor decided they were worth employing, that’s their right―as is the right to decline using them. Forcing faculty to use them against their own judgment violates academic freedom―as does prohibiting their use by faculty who believe they serve a helpful purpose.

That approach can lend some perspective to this matter. First Amendment and academic freedom considerations should weigh heavily against universities either compelling or prohibiting faculty from including things like UMD’s Land Acknowledgement statement on their syllabi.

This doesn’t end the discussion, however.

For one, saying these matters are best left to a professor’s own judgment is not the same as saying professors have carte blanche to set whatever rules they please without violating students’ rights. Take the case of a professor at Iowa State University whose syllabus flatly prohibited “any instances of othering” (a term that’s a bit hard to nail down) and prohibited arguments against abortion, same-sex marriage, and the Black Lives Matter movement. (The professor, fortunately, later modified the syllabus to better align it with students’ First Amendment rights.)

There’s a lot more to this matter than a simple statement about stolen land. That provision is part of a larger statement much likelier to be representative of shifts underway at campuses around the country, which have implications for the rights of students and faculty alike. Alongside the Land Acknowledgement, UMD also considered a “Commitment to an Inclusive Classroom,” whose language read in part:

Materials, discussions, and activities will respect all forms of diversity. All students are expected to promote this aim through their words, actions, and suggestions. If something is said or done in this course, either by myself, students, or guests, that is troubling or causes offense, please let me know right away.

Again, fortunately, UMD has clarified that this language will not be compulsory. A good thing, as this would have risked subjecting whole classrooms to a vague, subjective speech code that begs students to shy away from venturing any potentially controversial opinions in the classroom, lest they find themselves investigated or sanctioned for “caus[ing] offense.”

In this setting, what does it mean to have to “respect all forms of diversity?” Can the honest expression of opinion on hot-button issues avoid sanction? And what of the professors, especially those whose teaching confronts challenging issues, who risk being caught under the glare of such a policy, whether through offering their opinions or overseeing the exchange of those opinions between their students?

These aren’t idle questions, and they get to problems that have been brewing in higher education for some time.

In recent years, FIRE has often seen administrators rush to protect students from offense and discomfort rather than protect professors’ academic freedom. References to racial and ethnic slurs even in pedagogically relevant contexts have become particularly fraught, as professors have found themselves removed from teaching and subject to interrogation simply for, for instance, quoting accurately from literary icon James Baldwin or discussing legal cases concerning racial discrimination, as though mentioning such terms in an educational context were no different from using them as a slur.

Higher education was struggling enough with this tension before it was hyper-charged in 2020 by the upheavals George Floyd’s death triggered. Numerous faculty were caught in this crossfire and faced campaigns aimed at getting them terminated from their professorships even for inadvertently upsetting campus sensitivities.

Such statements may seem insubstantial in themselves, but they’re the result of a rethinking of the academic enterprise in ways that reach deep into the classroom.

Gordon Klein was suspended at the University of California, Los Angeles for declining (in accordance with UCLA policy) to change exam and grading procedures for black students. At St. John’s University, Richard Taylor was removed from teaching after students denounced an academic exercise evaluating the “Columbian Exchange” as tantamount to forcing them to defend slavery. And at Pittsburgh’s Duquesne University, Gary Shank was terminated for using the n-word while leading a class discussion about why the term is so problematic.

All the while, universities have been under pressure to reframe their educational models through the lens of antiracism. A simple Google search shows the extent to which universities are prioritizing this, and the University of Maryland is no different. Its public policy school is working from a larger framework of “Nine Antiracist Actions” including “prioritizing more antiracism content across courses.”

Mandatory syllabus statements are the tip of the iceberg. Such statements may seem insubstantial in themselves, but they’re the result of a rethinking of the academic enterprise in ways that reach deep into the classroom.

Universities aren’t without rights here. By tradition, the university has a strong hand in broad curricular decision-making. Further, it’s important to protect the rights of faculty to choose to approach their material through an antiracist lens.

But administrators mustn’t chill student and faculty expression with vague and uncertain requirements. Nor can a public university violate clearly established First Amendment rights in asserting its role.

There are few environments better situated for a wide-open discussion of antiracism and its related issues than the university. But universities are also troublingly susceptible to demands for orthodoxy and the squelching of dissent, perhaps never more so than in moments of national reckoning.

Such moments are the perfect time for the rigorous discussion of the issues. They’re also a time to take a step back and remember that no cause is well served by compelling individuals to express their solidarity with it. UMD seems to understand this. Will others?

Peter Bonilla is Vice President of Programs at the Foundation for Individual Rights in Education, where he has worked since 2008.

The Biggest Threat to Academic Freedom? We Don’t Teach It.

What’s in a Syllabus? The Keys to Undoing Academic Freedom, If We’re Not Careful