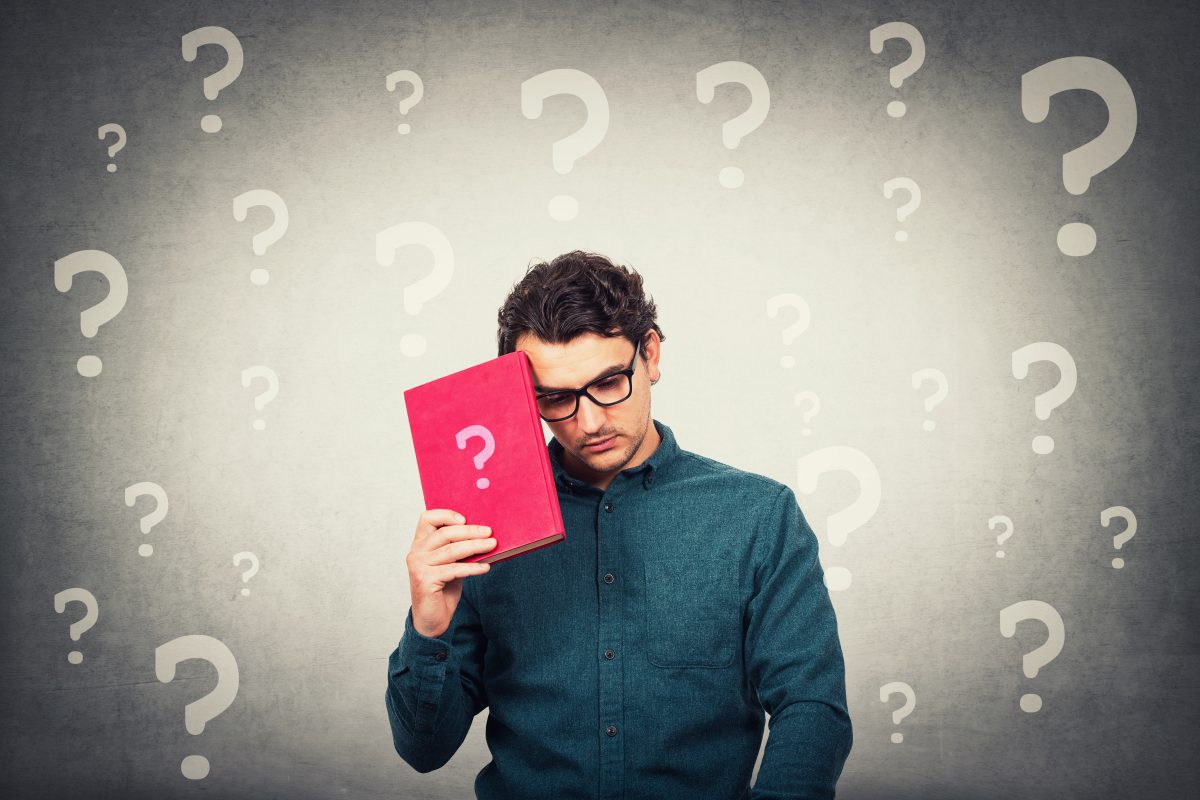 Challenges to Academic Freedom, a new volume edited by University of Georgia professor Joseph Hermanowicz, offers a fresh slate of perspectives on some of the issues potentially clouding academic freedom’s future. It’s a worthwhile collection, and it arrives at an opportune time.

While I can’t touch upon each entry in the space here, a few highlights are worth noting.

The collection features a first-person account from retired University of Colorado sociology professor Patricia Adler, who was subjected to a Title IX investigation over a popular skit in her “Deviance in U.S. Society” course, in which graduate assistants portrayed sex workers in several different social strata. Even in the absence of a formal complaint, the university removed her from teaching and pressured her to retire, which she recounts in unsparing detail. It’s a fresh reminder of the outrages of the case — and also the fact that the Biden administration is intent on bringing back precisely the sorts of chilling regulations that precipitated CU’s deplorable conduct.

That’s merely the first entry. Gaye Tuchman, professor emerita at the University of Connecticut, examines several controversies that saw professors subjected to intense pressure campaigns for their tweets and makes the case that institutions’ economic interests played a key role in how they responded, often in a manner that violated academic freedom. The lengthening reach of the administrative state, through such things as Title IX offices and the Institutional Review Board process, is considered. Two essays discuss the dim academic freedom prospects for adjunct faculty. 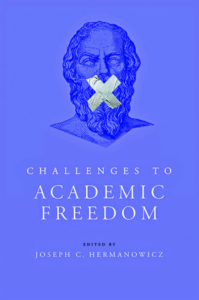 The authors collectively identify a number of academic freedom’s pressure points. This begs the question: What if we alleviated them all? What if tomorrow we ensured full academic freedom rights to all adjunct faculty, stopped using Title IX as a tool for investigating professors’ pedagogy, collectively cured ourselves of the impulse to fan the flames of social media controversies, and so forth? The conditions for academic freedom would surely improve, but they’d nonetheless still be fragile. Why?

A crucial part of the answer, I believe, can be found in Hermanowicz’s introduction. He writes, “The principle of academic freedom is taught virtually nowhere and is otherwise little discussed (except when perceived to be under significant threat).” “[F]or a principle taken as sacrosanct,” he continues, “this professional omission is remarkable.”

[W]ithout formal (or even informal) training, it is as though we return to square one when threats to academic freedom arise. […] What is this thing people are calling “academic freedom”? Why does it exist? When and where did it come from? What evidence can we marshal to discern what academic life is without it? How is it distinct from freedom of speech? Why should both freedoms matter to students?

Questions such as these reverberate at an especially high volume these days, as it becomes ever clearer how much work there is to be done to shore up an appreciation of academic freedom, or at least a basic understanding of its foundations. Any number of cases at the Foundation for Individual Rights in Education (FIRE, my employer) where professors’ academic freedom rights were brushed aside in the face of popular demand can be used as illustration.

Take the ongoing controversy at Georgetown University Law Center, which suspended legal scholar Ilya Shapiro, incoming lecturer and executive director of its Center for the Constitution, due to his tweets about President Biden’s plans to appoint a Black woman to the Supreme Court. Shapiro, arguing that progressive jurist Sri Srinivisan was the best option, lamented that Srinivasan “alas doesn’t fit into latest intersectionality hierarchy so we’ll get a lesser black woman.”

Much has been made of Shapiro’s use of “lesser,” and Shapiro agreed with critics that he’d chosen his words poorly. But he stood by the core of his argument, which in a law school of all places should be recognized as protected by academic freedom. Even several of those who had harshly criticized Shapiro’s remarks agreed that Georgetown erred by suspending Shapiro, and more than 200 faculty members have signed an open letter in his defense. Students, meanwhile, staged a sit-in demanding Shapiro’s firing and, as some commentators have noted, a space to cry.

It’s not incidental that discussions of race factor here. The past couple of years have seen tremendous movement from institutions to implement new programs and requirements related to diversity and antiracism — and a surge in demands that students and faculty who deviate from their orthodoxy be sanctioned or terminated.

History gives us plenty of examples to support the axiom that, in such a heated climate, we’re apt to view fundamental values like freedom of expression as mere inconveniences to be brushed aside. Case in point: at the University of Pennsylvania, where law professor Amy Wax faces a disciplinary investigation over her widely condemned remarks calling for a reduction in Asian immigration, students demanded that Penn, among other things, reform tenure to ensure that it is “consistent with principles of social equity.”

Student support for free expression is already spotty, and has been declining for years in a number of key categories, as the latest data from the Knight Foundation show. Students too often arrive at college with a deficient understanding of the basics of the First Amendment, and aren’t likely to have this education supplemented unless they go out of their way to find it. Why should we expect any better when it comes to understanding academic freedom — a doctrine which has some standing in First Amendment law but which has also acquired a set of common-law principles intricately tied to the particular history of American higher education?

What these historical accounts remind us of is that academic freedom is a living, breathing thing, and that it doesn’t defend itself.

“University administrators get no reward for upholding abstract principles,” observed Georgetown professor John Hasnas of the Shapiro controversy. That academic freedom should remain an abstract principle to so many is an indictment of the system it serves, a sign of a collective dereliction of duty. Hermanowicz argues that some of that falls on faculty, who should be more conversant on the topic and more proactive in educating their students on its importance.

The duty falls heavily on the institutions as well, who owe it to their communities to weave an understanding and appreciation of academic freedom into their mission. A university’s first lesson on academic freedom can’t be prompted — as it so often is — by a controversy that has students eager to jettison a principle they never had much investment in to begin with. If you’re explaining, you’re losing, as they say. And the duty falls as well on external stakeholders like FIRE — part of why our trainings on free expression for first-year undergraduates include a unit on academic freedom.

Some of the most valuable contributions to Challenges to Academic Freedom are not those that address the 21st-century concerns of the academy, but rather those that consider academic freedom from a historical perspective. Hans-Joerg Tiede’s fascinating chapter addresses critiques of the American Association of University Professors’ treatment of extramural expression (i.e., speech on matters outside their area of expertise) over the decades, a useful reminder that, far from being a dead letter, the rudiments of academic freedom are fought over even among its most ardent defenders.

Timothy Reese Cain revisits a number of old controversies, including one from the end of the nineteenth century in which a professor was run out of Emory University following an uproar over a column he wrote condemning a Black man’s lynching. This incarnation of what we would today call “cancel culture,” whose moral wrongness is startlingly plain today, reads as a plea for humility in the face of cultural forces that have little use for it.

What these historical accounts remind us of is that academic freedom is a living, breathing thing, and that it doesn’t defend itself. They drive home that, for all that today’s conflicts over academic freedom are accelerated by 21st-century technology and dressed in 21st-century buzzwords, they are in many ways recapitulations of the same cyclical battles we’ve fought in decades past.

That, in turn, reminds us that academic freedom must be sold anew to each generation to ensure it remains more than an abstract value. And that, right now, our sales pitch is falling flat.

Peter Bonilla is Vice President of Programs at the Foundation for Individual Rights in Education, where he has worked since 2008.

The Biggest Threat to Academic Freedom? We Don’t Teach It.

What’s in a Syllabus? The Keys to Undoing Academic Freedom, If We’re Not Careful