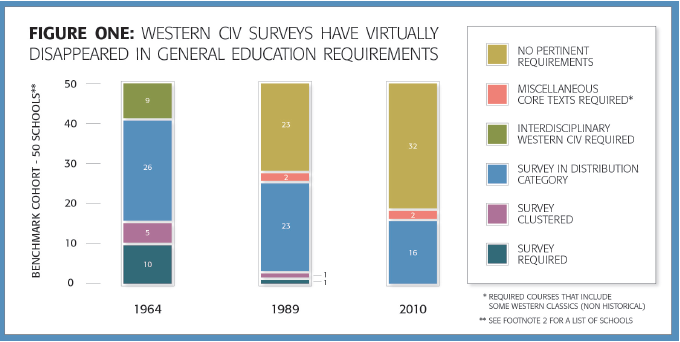 Penguin Classics is partnering with Disrupt Texts to replace Shakespeare and Homer with Ibram X. Kendi.

What is Disrupt Texts? For the uninitiated, it is a new radical movement in classrooms which seeks to disrupt the “hegemony of English” and the Western canon by replacing them.

According to its own website, Disrupt Texts is a “crowdsourced, grassroots effort by teachers for teachers to challenge the traditional canon in order to create a more inclusive, representative, and equitable language arts curriculum.”

What do they have to say about Shakespeare? “This is about an ingrained and internalized elevation of Shakespeare in a way that excludes other voices. This is about white supremacy and colonization;” because of “the violence, misogyny, racism, and more that we encounter in Shakespearean texts, we offer up the notion that we can open our minds and classrooms to texts that celebrate the voices and lives of marginalized people, speak to the students in front of us, and reflect a better society.”

This is illiterate madness. To think the wisdom of Shakespeare and Homer is reduced to misogyny and racism is to ignore the universalism of it.

Recently, a Wall Street Journal op-ed detailed the Disrupt Text movement’s attempt to cancel Homer’s Odyssey. But it is not just Homer and Shakespeare, as Lona Manning wrote in Quillette:

To Kill a Mockingbird was voted “America’s Favorite Novel” in a PBS competition in 2018, but #DisruptTexts finds that Atticus Finch is a white savior, and an ineffectual one at that. And Lord of the Flies, a novel featuring “elite, upperclass, private school [students] who are white, cisgender, European males,” is condemned for what it implies about civilization and savagery.

Ultimately, all works of the Western canon are stripped of all literary, and moral value in favor of superficial characteristics, like skin color and sex of the protagonist. This is pure nihilism by mediocrities with a massive chip on their shoulder, fundamentally insecure and vindictive about anything qualitatively better or more beautiful.

Nor is this anti-Western phenomenon new. As Joy Pullmann wrote, “’Hey ho, hey ho, Western civ has got to go’ was the chant Jesse Jackson led at Stanford University back in the 1980s, and it succeeded marvelously.” The study of Western Civilization has almost vanished from American college campuses, according to a new report from the National Association of Scholars.

But more importantly, the ideological cause was explained by Ray Honeyford, an English headteacher in Britain, who predicted this in the 1980s in a controversial essay, which deserves a reappraisal in this context. Honeyford wrote, “The term ‘racism’, for instance, functions not as a word with which to create insight, but as a slogan designed to suppress constructive thought. It conflates prejudice and discrimination, and thereby denies a crucial conceptual distinction.”

In one of the most memorable paragraphs, Honeyford explained,

A generation of cultural relativists in the field of linguistics has managed to impose on the schools the mindless slogan ‘All languages are equally good’…the determined efforts of misguided radical teachers to place such as the following alongside the works of Shakespeare and Wordsworth: Wi mek a lickle date fi nineteen seventy eight An wi fite and wi fite An defeat di state. (From ‘Inglan is a Bitch’, Linton Kwesi Johnson).

Ultimately, the effort of Disrupt Texts is similar. The root cause of all such movements is a relativist idea that all art forms and canon are objectively equal, meaningful, rich, and beautiful. Disrupt Texts is accordingly an ongoing movement, whose aim is not a redressal of inequality, the elevation of quality, or ideological diversity. Rather, it is methodical destruction of objectively superior canonical art and literary form—and its eventual, complete erasure.