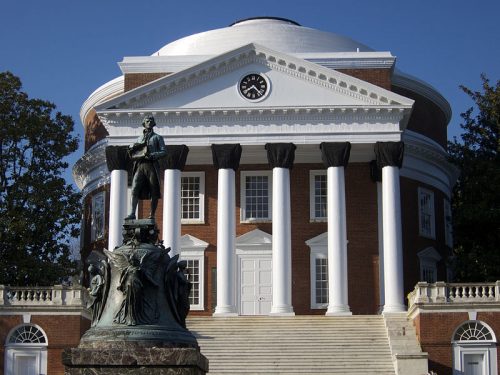 It is no secret that our colleges and universities have witnessed a sea change in campus culture over the past two decades. Political correctness has run rampant. High-profile incidents such as the Yale Halloween costume controversy and phenomena such as safe spaces and building re-namings have captured public attention.

College officials, however, assure us that such incidents are aberrations and that our institutions of higher learning are still places where fairness and the free exchange of ideas prevail. But those of us who have recently experienced life on a college campus, or have studied recent surveys of student experiences, or who regularly read such websites as Campus Reform or The College Fix, know that such platitudes from those officials do not remotely reflect the current reality at most colleges.

The fact is that there is an endemic rot of indoctrination, politicization, and intellectual intimidation that is eviscerating the historical purpose and nature of our institutions of higher learning.

The main culprit behind these problems has been the purposeful politicization of our college communities.

And that has mostly come in the form of the codification of a social justice agenda in the name of the “holy trinity” of so-called diversity, equity, and inclusion. I say “so-called” because, as applied on campuses, these terms take on a different meaning than advertised. Diversity comes in the form of racial, ethnic, and gender diversity—not intellectual diversity, which should be the most important type of diversity on campus. Equity comes in the form of equality of results rather than the American ideal of equality of opportunity.  And inclusion becomes a misnomer, as the focus on racial and ethnic identification—rather than community identification—results in a “balkanized” student body that is more exclusive than inclusive.

The dangers implicit in this social justice agenda have been delineated brilliantly in an article by Anthony Kronman, the former dean of Yale Law School, entitled “The Downside of Diversity.” But it is not just the “downsides” of diversity that present the greatest dangers to the academic integrity of universities. It is the fact that so many college administrations have adopted such agendas as the official policy of the school—thus explicitly politicizing the institution.

I was a student leader and journalist at the University of Virginia during the turbulent anti-Vietnam War period of 1969-70. The politicized atmosphere on campuses during those days of turmoil most closely approximates current conditions more than any other time. Back then, there was a strong debate among UVA faculty as to whether the University should take a stand on the war.

One leading professor who was opposed to doing so asserted that a university is an institution of learning and should not be available for use by anybody as an ideological base or political instrument. Another leading professor specifically identified the dangers of doing this. He noted that, by taking sides, the administration had made the university an instrument of oppression against faculty or students who disagree with this position. Rarely has such a statement been more prescient—because that is exactly the state of affairs that has now afflicted most colleges for some time.

It is becoming more and more evident that our universities now face the greatest threat to their academic freedom and integrity in their history. This view is supported by both anecdotal and statistical evidence. I moved to Charlottesville six years ago to fulfill a lifelong dream to write a book about my four years as an undergraduate at UVA and to get involved in everything UVA. Since that time, I have had ongoing dialogues with numerous students, faculty, and administrators. The stories I heard of intellectual intimidation, opinion suppression, and fear of social and professional ostracization were legion.

My own anecdotal experiences have been confirmed on almost a daily basis by stories of thought suppression emanating from multitudes of college campuses. Indeed, as I am writing this article, Supreme Court Justice Alito asserted in an address to the Federalist Society that

Unfortunately, tolerance for opposing views is now in short supply in many law schools, and in the broader academic community. When I speak with recent law school graduates, what I hear over and over is that they face harassment and retaliation if they say anything that departs from the law school orthodoxy.

The anecdotal evidence noted above is more than supported by statistical evidence. A recent survey of nearly 20,000 students at 55 colleges regarding free speech on campus was commissioned by the Foundation for Individual Rights in Education (FIRE). Anybody interested in this subject matter should spend some time reviewing the results. In addition to including individual stories of intellectual intimidation and indoctrination, the survey tabulates the results of a series of questions posed to the students. In my view, the most relevant question was: “Have you personally ever felt you could not express your opinion on a subject because of how students, a professor, or the administration would respond?”

The politicization of our college campuses has also apparently taken a toll on the mental, emotional, and social well-being of our students.

In an incredible indictment of the current state of our college campuses, a full 60 percent of the respondents answered in the affirmative. Think about that—3 of 5 college students are experiencing intellectual and speech intimidation and suppression. Every college administrator should take note—is this the type of institution of learning you aspire to? It is a national tragedy that needs immediate attention and action.

A further threat to fairness on our college campuses flows from how the concept of “equity” is being transformed by social justice agendas. The essence of an equitable society has been traditionally measured by equality of opportunity with results based on merit and achievement. This concept was very well expressed by Martin Luther King Jr.’s hope that our nation would be one where people are judged not by the color of their skin, but by the content of their character.

Unfortunately, current social justice agendas have turned this concept on its head by advocating for results to be based on how people are born rather than who they are. Thus, many decisions at all levels of student and faculty life are now based on race, ethnicity, and gender rather than achievement, a corruption of the American ideal. The one area of university life that this agenda has thus far not intruded is athletics. One does not often hear that college football and basketball teams are anti-Semitic or anti-Asian based on the dearth of those groups on such teams.

Finally, the politicization of our college campuses has also apparently taken a toll on the mental, emotional, and social well-being of our students.

Over the past decade, college student health facilities have been inundated with cases of depression and anxiety in numbers never before encountered. I have had numerous conversations with senior administrators dealing with student life and they have noted, in effect, that many students are too serious and just don’t know how to have a good time. Apparently, social justice agendas frown on having fun when there are so many social evils to redress. In its own way, this result may be the most damaging for the future well-being of our society.

So, how to deal with the ramifications of the increasing politicization of our campuses? These initial steps would be helpful:

One major question remains: do administrators have the wisdom and courage to take these steps?

UVA and the Dangerous Politicization of Our College Campuses