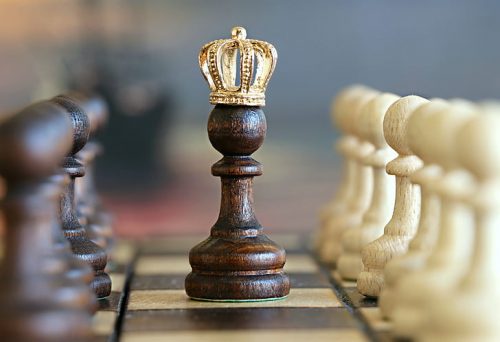 Since 2015, the University of North Carolina system’s Board of Governors (BOG) has endured one controversy after another, beginning with protests over decisions to close three “academic centers” for being overly political and to replace Democrat Thomas Ross as the system president with Republican Margaret Spellings.

Some of the problems have been of the board’s own making; others were thrust upon them that they handled badly. The constant uproar and criticism is to be expected; the board’s critics—in the media, in the university system, and elsewhere—will bray loudly as long as their fellow leftists are not in control of their treasured Ivory Tower.

However, the problem is not, as the critics claim, that the board is unnecessarily authoritative and overbearing. It is because they are at times incoherent and too hesitant to confidently assert their full authority.

And it now appears that the pressure is taking a toll on the decision-making capacity of the board. Recent actions by the board altering governance procedures suggest the possibility that many of the members just want to get out of the line of fire and are willing to yield their rightful authority to do so. This may damage the system for many years to come.

Especially concerning is the way they are consolidating more power in the office of the system president.

At their September meeting, the board voted to give the system president a greater share in the selection of campus chancellors—an extremely important decision. The president will in effect be able to choose a final candidate by him- or herself, with the board reduced to giving a final yea or nay vote.

At that meeting, the board also punted in regard to an existing policy that enables them to rise above one of the biggest problem areas in higher education governance. That is an “asymmetry of information problem” that forces the board to overly rely on those whom it is supposed to oversee for information. Because the administration is the board’s major source of information about the university, about the board’s own role, and about higher education in general, it can control and manipulate the board—when it should be the other way around.

To address this situation, the legislature gave the board the ability to hire its own staff. By having an independent source of information, the board could break its excessive reliance on other stakeholders.

However, the board has opted out of hiring its own staff. Member Marty Kotis, who for the most part has been a stalwart voice for reform in his seven-year tenure on the BOG, said that there was no longer any need to hire a staff member. Remarkably, David Powers, the chair of the governance committee, appeared to suggest that the decision of whether to hire board staff should be left up to the president—the very person who has a strong incentive to squelch such a hiring, as his or her power will be reduced by the board having an alternative source of information.

The recent board selection of Peter Hans to be system president may play a role in the board’s rejection of their own power.

Also important is the possibility that future boards will need to restrain future system presidents; let’s hope they still have the tools to do so when the need arises.

Hans is not somebody to underestimate; he is popular on both left and right, affable, and disarming. But he is also a shrewd, ambitious consensus–builder who has risen steadily in North Carolina’s higher education system, from a BOG member to BOG chair to president of the community college system and now president of the university system. He is a Republican, but is very much a moderate, likely to take positive action on low-hanging fruit but not to initiate the bitter struggles needed to correct UNC’s underlying problems.

To the beleaguered board members, he must seem to be the answer to their prayers to end the firestorm over their activities. His charm and popularity should grease the wheels of a governance system dominated by animosity in recent years. By handing him the reins of the university system, the board may be able to achieve much of its agenda without having to be in the media crosshairs. The focus will now be on Hans, not on the board.

Despite the general high regard for Hans, the board is making a big mistake by giving him additional power. Again, the problem in the UNC system is not the lack of administrative power but the timidity and lack of purpose of the board. And it is usually a mistake to craft governance policies and procedures to give more power to a specific person, no matter how much that person seems to be the right person for the job.

While the current board may feel confident in Hans, he is not a savior, but a fallible human being like the rest of us. Also important is the possibility that future boards will need to restrain future system presidents; let’s hope they still have the tools to do so when the need arises.

Nor does the transfer of power away from board members stop with those two cases. The board also restricted the ability of its members to individually conduct investigations into matters of board concern at its October meeting. This is likely in response to the controversy over former member Tom Fetzer’s investigation of a candidate for the chancellorship of Western Carolina University in 2018. The candidate was selected by then-UNC system president Margaret Spellings from a pool of finalists; Fetzer noticed something troubling on the candidate’s curriculum vitae and hired an outside firm to look into the candidate’s background. The candidate then withdrew from consideration for the job, most likely in response to the firm’s findings.

Criticism of Fetzer rained down from all quarters for supposedly overstepping his authority. Many in the Republican Party, both on and off the board, joined in. Fetzer eventually resigned before the completion of his term.

But the critics (including the board) are looking at “L’Affaire Fetzer” from the wrong perspective. The real problem that needed addressing was not Fetzer’s individual investigation, but the fact that an unfit candidate was chosen for the job and passed through the system’s screening procedures. Fetzer should have been applauded for performing due diligence above and beyond what is expected of a board member.

Unfortunately, individual initiative by concerned governors has now been ended. The UNC policy manual has been amended to include the statement that members:

Not undertake reviews, background checks, investigations, or any other assessments of University employees or candidates for University employment unless duly and explicitly directed to do so by the president, by the chief executive officer of the employing institution, or by the Board of Governors.

By tying their own hands in this manner, the board is further centralizing power in those who already have plenty of it: administrators and the board chair.

So much good is done by individuals acting on their own in this world, by the citizen investigators who dig up the hidden truths when officials feed us falsehoods. We, the residents and taxpayers of North Carolina, deserve independent-minded individuals on the university board who will bravely unearth problems instead of only those who seek the security of consensus and establishment approval.

These three changes to governance policy and procedures should help the board accomplish its (assumed) goal of calming North Carolina’s higher education conversation. But they have also made themselves even less responsible for university governance when they are supposed to be the final say. A few more such decisions and they may as well disband and hand total control over to the system administration.

Sadly, the board is shrinking its own influence at a time when the state, more than ever, needs them to be assertive and stop the university system’s increasing politicization and overspending.