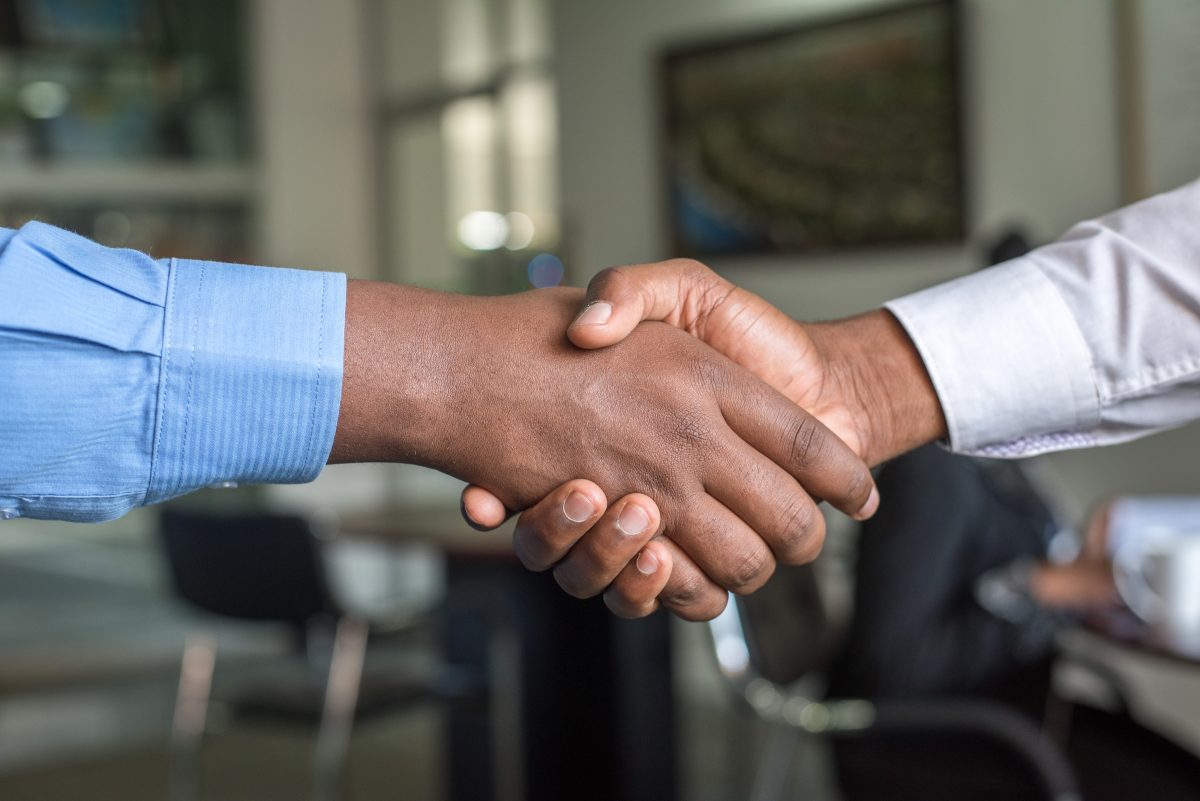 One of the most important tasks of a public university system is choosing the leaders of its individual institutions. Because these leaders are at the center of all campus activities, they wield tremendous power; they are the ones who set the campus tone and oversee the day-to-day operations. A university system needs to make sure it has the proper criteria for deciding who is to run its institutions, updating the criteria often as prior weaknesses get exposed and the academic environment changes.

Such re-evaluation is especially important today. Academia is undergoing major shifts and facing difficult challenges, including falling enrollments, excessive politicization, an undermining of the spirit of free inquiry that is the center of the Western intellectual tradition, and uncertainty of its mission. Fittingly, the UNC System started the process of redesigning its chancellor search guidelines (chancellor is the highest office on an individual UNC campus) at the most recent Board of Governors meeting in September.

The Strategic Initiatives Committee, where the discussion took place, opened with chair David Powers explaining that the demands on universities have increased dramatically. At the same time, retaining university leaders has become more difficult: Their average time in office has continually decreased since the early 2000s. Powers said that the committee’s goal is to have “a clear, agreed upon understanding of the skills, attributes, and experiences that are most critical to success today and in the future.”

The committee meeting featured presentations by two “experts” from the professional services firm Deloitte, Cole Clark and Christina Spotts, and by former Georgia State University president Mark Becker. Following their remarks, the committee briefly heard from three representatives of UNC stakeholder groups: Wade Maki of UNC Greensboro, who is the chair of the UNC-System Faculty Assembly; Crystal Woods of the North Carolina School of Science and Mathematics, who is the UNC-System Staff Assembly chair; and UNC-System Association of Student Governments president McKenzy Heavlin of North Carolina State University.

Clark and Spotts introduced a 2017 report from Deloitte’s Center for Higher Education Excellence, written in conjunction with Georgia Tech’s Center for 21st Century Universities. The report, titled Pathways to the University Presidency, details recent trends for university leadership. A few of the key findings from the report are that there is a need for formal leadership development, that the emphasis on fundraising begins on day one and increases continuously for the duration of the job, and that presidents too often choose “short-term wins at the cost of long-term planning.”

Georgia State University’s Becker then shared some insights gleaned from his long experience as a university president. One compelling suggestion was that chancellors must try to restore people’s trust in universities, which has been lost over the years due to rising tuition costs and a low return on investment (for graduates), along with a failure to produce a capable workforce (for employers). He advised that chancellors align budgets with school priorities and remember that finding good, lasting talent for the team—provosts, deans, chief financial officers, and so on—is an ongoing struggle. He added that chancellors need to have the ability to be flexible and innovative, or they will fail to achieve their goals.

Chancellors need to take care when granting faculty tenure.Becker also made a suggestion rarely heard in academic establishment circles: He cautioned that chancellors need to take care when making decisions about granting faculty tenure. At the same time, he mentioned this problem only in very general terms; it would have been better if he had elaborated further, since his words could take on very different meanings depending on the situation or one’s perspective.

The UNC stakeholder-representatives’ comments that followed revealed a general problem in university governance: Though assumed to be impartial partners, some stakeholders are essentially interest groups looking out for themselves. UNC Faculty Assembly chair Maki summed up faculty opinion with what sounded almost like a veiled threat to misbehave if anyone other than a faculty member is chosen: “An effective leader benefits from the acceptance of those they lead on day one, and faculty expect to follow one of their own. Anyone else starts at a significant deficit where the ability to overcome it is as yet unproven.”

The most astute observation came from committee chair Powers, who noted that the job of a public university chancellor or president is not so much like that of a corporate CEO, as is commonly assumed, but more like that of a big-city mayor. The CEO has a clear chain of command above and below him or her and has a single standard by which he or she is judged: profitability. But a mayor has a dual mission: fiscal sustainability and livability. Furthermore, livability is itself an extremely complex concept with a dizzying array of elements, from crime-control to delivery of city services and many more. The mayor must appeal to, or stand firmly against, numerous constituencies and interest groups and must also face pressure from the media and the public.

It is much the same with a university president or chancellor, who must maintain fiscal sustainability while delivering education, which, much like livability, has many elements. And the chancellor, too, must satisfy or override the demands of a great many stakeholders. If his or her institution is public, he or she can be in the political crosshairs, as well.

Therefore, observing big-city mayors can yield starkly important lessons for those choosing higher-education leaders. Most mayors have performed abysmally in recent years. The demise of the American city is in the headlines daily; cities that were thriving just a few years ago have become crime-ridden and unclean, while cities that were already struggling are rapidly depopulating. Moreover, much of the fecklessness of big-city mayors has its roots in ideas emanating from university campuses. The “diversity, equity, and inclusion” (DEI) and “critical race theory” (CRT) agendas have proven disastrous for our cities and will assuredly do the same for academia.

Observing big-city mayors can yield important lessons for those choosing higher-education leaders.Furthermore, there is some equivalence between the fiscal irresponsibility of mayors and university officials. Sensible cost-cutting is eschewed by both; cities instead raise taxes and seek state and federal handouts, while public universities raise tuition and lobby for higher appropriations.

One particularly successful mayor was New York City’s Rudy Giuliani, who restored standards of civility and common sense while standing firmly against an intense onslaught of criticism by the media and deeply entrenched constituencies and interests. The result was a remarkable turnaround in both fiscal stability and livability that continued from 1993 to 2014, when a DEI- and CRT-inspired mayor, Bill de Blasio, took over and returned New York to its pre-Giuliani decay.

It will very likely be the same for public university presidents and chancellors. Those who give high priority to the DEI agenda and to pleasing entrenched, self-interested stakeholders may get good press from a partisan media, and the atmosphere on their campuses may seem peaceful for a time, but they will not serve the interests of the state and its citizens, the interests of whom public universities are intended to serve. And there is a very good chance that their neglect of smoldering issues may blow up eventually.

For the most part, the presentations given at the committee meeting were standard higher-education consultancy fare based on prevailing opinions in academia. Some good information was given, but not enough to expect real improvement in a heretofore shaky process. No alternative voices were heard. If the goal is to update criteria and procedures for today and the future given the tremendous changes underway, then it will not be accomplished by listening to establishment consultants, academic insiders, and long-vested interest groups all rooted in the past.

With all that in mind, here is a brief analysis of the qualities the Board of Governors should be looking for—and not looking for—when creating a process for hiring chancellors and system presidents.

A Brief Analysis of the Criteria for Choosing University Leaders

To begin, there should be a clear idea of the desired vision for the System and its institutions—one that is right for 2022. Certainly, this is a huge topic that cannot be done full justice here. But one point to remember is that different types of schools should have different visions. The roles for each institution in the System should be specified and adhered to. And the vision should be “right-sized” for each school and its location.

But all higher-education institutions in a public-education system should have common ideals that are right for today. They include:

Before jumping into the question of what makes a good chancellor, it may be best to explore which qualities have produced bad chancellors in recent years. These include:

Success for a chancellor in the past was measured by how much the endowment grew, how much enrollment increased, how many new buildings were built, and the absence of controversy. Those standards are disappearing; success in the future will be about fiscal responsibility in the face of declining enrollments, about maintaining quality in education in the face of pressure for declining standards, and about preserving a vigorous intellectual environment in the face of increasing anti-intellectual activism. That means good candidates will need a stiffer spine and a different toolkit than their predecessors.

Jay Schalin is a senior fellow at the James G. Martin Center for Academic Renewal. Ashlynn Warta is the Martin Center’s state reporter.