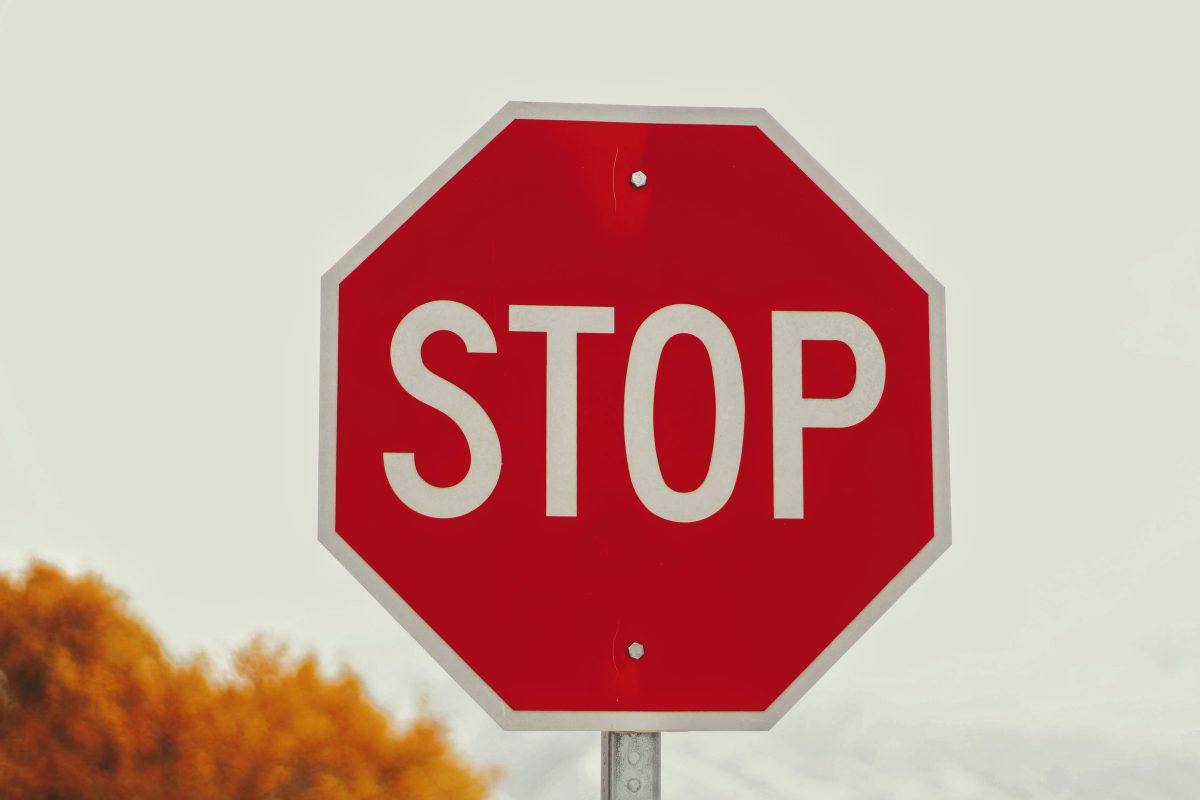 America is finally waking up to the fact that poisonous, divisive ideas are proliferating in public education, from pre-K to graduate school. The question is how to push back against such ideas.

Solutions are easier in K-12; primary and secondary teachers do not have the same protections of academic freedom that college faculty have, and the K-12 curriculum is more tightly controlled by state agencies. The issue is more complex in academia, where academic freedom reigns and the curriculum is controlled by a decentralized faculty. The situation is also more dire at the college level: Higher education is where the bad ideas originate, and, for a long time, academia has seen little opposition to radicalization of the public universities. While boards of trustees have the legal right to control curricula, they have almost universally relinquished that power to the faculty in practice.

In recent years, however, with the degradation of much of the academy reaching an advanced stage, state legislatures have begun to rise to the challenge and push back against radical encroachment on the public-college curriculum.

State legislatures have begun to push back against radical encroachment on the public-college curriculum.One such attempt is Florida’s “Stop the Wrongs to Our Kids and Employees (WOKE) Act.” This 2022 law statutorily prohibits discriminatory classroom teaching. It targets such divisive ideas as Critical Race Theory (CRT), which demands that members of a racial group must perpetually atone for injustices committed by members of their group centuries before, and that claims by aggrieved minorities against the offending groups should pass unchallenged.

It should be obvious that such a system of preferences and punishments along racial and ethnic lines will make a pluralistic society such as the United States unworkable without oppressive government control. Simply accepting the status quo of this biased indoctrination is no longer acceptable to the majority of Americans who, as taxpayers, provide many of the funds for public universities. Thus, the situation screams for reform.

But not everybody wants that reform, and the Stop Woke Act is a point of departure from many long-established academic practices. As can be expected, the law has received a hailstorm of criticism from faculty and civil-rights organizations that favor the status quo. A rapidly filed lawsuit intended to render the law unconstitutional was thrown out of a U.S. district court because the plaintiffs lacked the necessary “standing.”

Much of the criticism depends on a fundamentally incorrect assumption about who “owns” the public universities and is therefore in charge of institutional policies such as who decides what and how to teach. Many academics and their supporters claim that higher education belongs to the faculty, deriving this notion of ownership from the formation of medieval universities in Northern Europe (especially England) as “guilds” of faculty. But this self-interested claim—obviously advantageous to those making it—is false with respect to public universities in the U.S. Our public institutions of higher education were created by state legislatures explicitly for the benefit of the state and its residents; the residents, citizens, and taxpayers of the state are the rightful owners and express their control through their elected representatives. As such, they are the ones who should hold the ultimate power over classroom content. This fact was expressed in Florida by the legislature and governor when they enacted the Stop Woke Act.

Our public institutions of higher education were created by state legislatures explicitly for the benefit of the state and its residents.Another wrong assumption in the critics’ reasoning is the claim that academic freedom is a First Amendment issue. It is not; it is a matter of employment, not a matter of legality. Nobody’s rights as a citizen or resident to express themselves are infringed by the Florida law; nobody will face criminal charges or civil fines for speaking their minds.

But even as a matter of employment, the Florida law does not silence faculty members from expressing their opinions. It is only concerned with classroom teaching, not with research or extramural comments, and these vehicles for speech are still protected by traditional academic-freedom conventions.

Even the oft-cited 1967 decision Keyishian v. Board of Regents of the State University of New York, from which faculty and others derive their claim that academic freedom is a First Amendment right, would not apply in this case. It concerns “membership in a subversive organization,” not classroom teaching. Furthermore, even Keyishian’s declaration that academic freedom “is … a special concern of the First Amendment, which does not tolerate laws that cast a pall of orthodoxy over the classroom” does not apply here. The Florida law does not impose “orthodoxy” but attempts to remove from the classroom the imposition of orthodoxy in the form of one-sided discriminatory politics. It does so while protecting open discussion by encoding it within its text:

Perhaps a more important matter of constitutionality is the way Keyishian conflicts with other, more recent judicial rulings. The courts have consistently maintained that academic freedom itself inheres to the institution, not the individual professor. Many decisions have affirmed that the institutions control classroom content, not the faculty, beginning with Hetrick v. Martin in 1973 and affirmed by other decisions such as Lovelace v. Southeastern Massachusetts University in 1986 and Bishop v. Aronov in 1991.

Nevertheless, the Stop Woke Act could use some improvement. In a perfect world, we could maintain hard, clear lines of demarcation between a faculty member teaching his or her beliefs and the unbiased presentation of an issue’s competing arguments. But if faculty were to be held rigidly to such standards, they might choose to avoid discussion of important issues altogether for fear of accidently crossing an unperceived or unclear boundary, even when they have no intention of proselytizing. For human activity is not always clearly black and white. We cannot program ourselves to speak perfectly within set boundaries without occasionally veering into the gray areas that actually form those boundaries.

The goal is not to stifle discussion but to ensure that the professor does not advocate for his or her own beliefs about discrimination based on immutable characteristics. Therefore, it may be best to soften the language of the Florida law slightly.

The clause that has received the most criticism is this:

While the word “espouses” may be technically appropriate if one holds to absolute boundaries between improper and proper, it may cause problems if one wishes to give faculty some breathing room for inadvertent slips of the tongue. Consider the case of a professor saying, “I believe X to be the best policy, and here are my reasons, but others favor Y for these other reasons.” That professor may be said to be espousing his beliefs, but such a remark hardly calls for punitive action.

It must be mentioned that the Florida law does not cover all opinions, but only the specific items regarding discrimination enumerated in the text. Furthermore, it is particularly concerned with acts of discrimination for immutable characteristics—something frowned on in this country both legally and culturally.

Still, it may be best to amend the Florida law to remove the word “espouse.” Doing so would make the law more defensible, both legally and rhetorically. It should be noted that the critics did not come to this conclusion themselves despite focusing their attention on the word “espouse.” Instead, their approach was all or nothing: The law is not completely perfect, therefore it must go. Critics do not want to incrementally come to a solution acceptable to all parties but to maintain the status quo with all its unfairness and excesses. They appear to want no limitations on faculty speech and seemingly have no problem with faculty pressure on students to adopt or express radical beliefs.

One critic has said that the law is unnecessary, since students can take legal action if they feel discriminated against. However, there are any number of reasons why a student may not wish to file a lawsuit. Additionally, relying on legal action by students doesn’t address the problem fundamentally, such as whether the taxpayers of a state should be forced to fund courses that are discriminatory and divisive. And students may be unaware that they are undergoing indoctrination.

The vice president of the University of Florida’s United Faculty of Florida chapter complained that the bill expects discussion of, or training in, racial rights and obligations to be “given in an objective manner without endorsement.” She speaks of objectivity as if it were too elusive a concept to be used as a legal standard and therefore beyond judgment. “Who is this person who’s going to decide whether I’m being objective?” she asks. While such matters may be hard to prove in a purely philosophical sense, they are decided all the time in the practical work of governance and law. That’s why we have judges, chief executive officers, and trustees.

The Florida “Stop Woke Act” is certainly not without flaws. Especially important, the sections for K-12 and higher education should have been separated into two different bills, since states have much greater control over the former’s curriculum than they have at the university level, and K-12 teachers do not have the same academic freedom considerations that professors have. The language could use some tweaking, starting with removing the word “espouses.” And the law needs a “severability clause” that states that if any part of an act is held unconstitutional, the rest will still be law.

Yet, despite these flaws, the logic of the Stop Woke Act provides a valuable starting point for other states to build upon. The time is over when the majority of Americans—at least the majority in so-called “red” states—will continue to fund public universities that openly work against the public interest through classroom indoctrination.