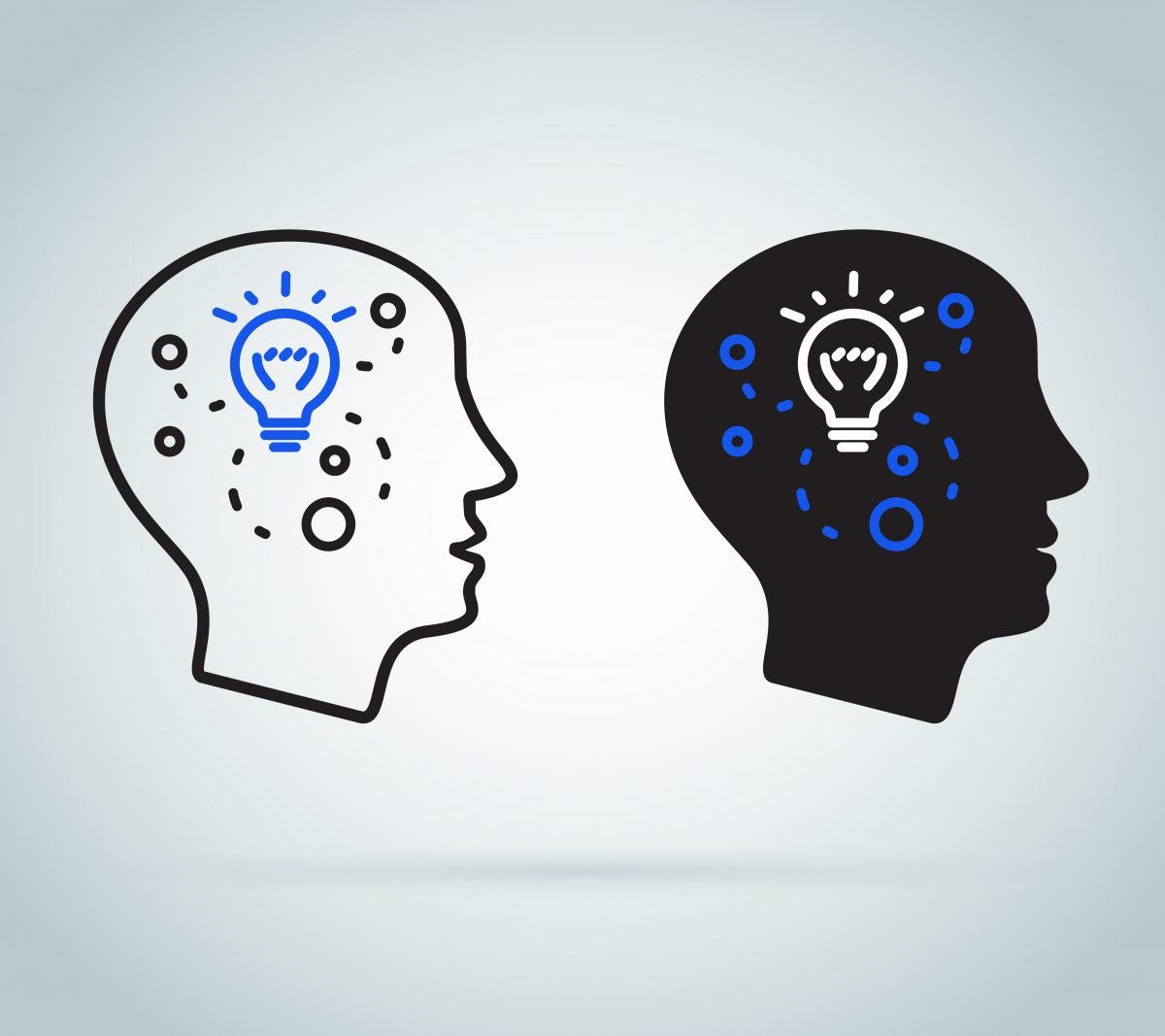 I have worked in academic science my entire life and I have never seen any sign of racism, systemic or otherwise. On the contrary, I have seen people go to considerable lengths to aid able minorities.

Yet a petition is circulating nationally complaining that: women and “people of color” are under-represented in STEM (science, technology, engineering, math); that this is “systemic racism;” and that the cure is to change science (although it isn’t put quite like that).

If enough signatures can be gathered, the petition is apparently to be published in Science, one of the two leading general-science journals (the other is Nature).

What is Systemic Racism?

Systemic (a.k.a. institutional, structural) racism is a label. It is almost never defined.

So how is systemic racism measured? We can get a hint from the British Macpherson Report, produced by an official commission in 1999 as a reaction to the racially motivated death of a young black boy. The report is clear about individual racism, which “consists of conduct or words or practices which disadvantage or advantage people because of their colour, culture, or ethnic origin.”

But Macpherson repeatedly hesitates to actually define institutional racism, finally concluding that it is “the collective failure of an organization to provide an appropriate and professional service to people because of their colour, culture, or ethnic origin [emphasis added].”

That seems clear enough: Institutional racism is when people are treated differently because of their color. Racial disparities by themselves are not enough. The fact that African Americans are under-represented among professors of, say, physics does not by itself demonstrate racism, systemic or otherwise.

This distinction should be clear, but it is often blurred. An academic dean at a respected university commented on the petition internet thread: “It is sadly not surprising that there remains skepticism among some that systemic racism exists in higher education, including STEM fields. Volumes of studies on the causes of racial disparities in numbers of tenured faculty in higher education have been published” [emphasis added].

At least the dean alludes to causes of disparities, not just the disparities themselves. But are the causes “racist?”

“Pipeline” issues precede higher education and are beyond its purview. The other causes the dean mentions are not racial: the structure of academia, what the college chooses to value as scholarship, how faculty productivity is measured. But his implication is clear: scholarly and productivity criteria need to be changed for racial reasons—which is the Macpherson definition of systemic racism! The dean evidently wishes to replace imagined with real structural racism.

The first sentence of the petition also blurs the distinction between systemic racism and racial disparities, as well as raising the emotional temperature with distracting and irrelevant allusions to the BLM protests and the COVID-19 pandemic:

The nexus of Black Lives Matter protests and a pandemic that disproportionately kills Black and Brown people highlights the need to end systemic racism, including in science, technology, engineering, and mathematics (STEM), where diversity has not meaningfully changed for decades.

Systemic racism is the problem, and the petition knows the cause:

Everyone in academia must acknowledge the role that universities—faculty, staff, and students—play in perpetuating structural racism by subjecting students of color to unwelcoming academic cultures.

That passage is alarming for two reasons: Apparently, we “must acknowledge;” we must admit our collective sin. This is the language not of science, but of the Middle Ages. And just what is meant by “unwelcoming academic cultures?” Are science faculties mean to students of color? Not in my experience. Or are some subjects too difficult for unprepared students, many of whom are “of color?”

Apparently, able students are being excluded by “the misuse of standardized tests, like the GRE [which] exclude students who could otherwise have succeeded.”

The petition cites a Nature research paper that shows that African Americans tend (there is some overlap) to do worse on the GRE than Asians and whites, and men tend to do better than women. What the paper does not demonstrate is that low-scoring students can do as well as high scorers in tough STEM courses, merely mentioning “research by ETS” suggesting that tests only predict first-year performance.

The study authors seem to believe that it is the disparate performance of different sexes and races that should disqualify the tests. Diversity is the starting point, not the terminus of their argument.

The petition further urges STEM faculty to “abandon the perception of ‘fixed’ student ability.” That sounds nice but assumes an equality that does not exist. Some students are simply smarter than others, and the range is especially great in mathematical ability. An educational system that ignores these vast individual differences will soon fall into mediocrity.

The petitioners want to change the way that students are evaluated: “All faculty should examine their courses for performance disparities based on ethnicity and gender,” not to mention spying on one another: “Every scientist should commit to reporting unfair practices to prevent the normalization of discriminatory behavior.”

So, act racist, but in a good way; and remember Big Brother (er, sorry, Big Sister of Color) is watching you.

The petitioners also want to change the way STEM faculty are evaluated: “[Our proposal] will require making tenure dependent not only on excellence in research, teaching, and service, but also meaningful contributions to promote equity and inclusion” [emphasis added].

A cynic might say that this proposal is consistent with the unstated aim of the petition, which is equality of results. Downplaying science in favor of social activity—“contributions to equity and inclusion”—is likely to reduce the disparity between faculty who differ widely in their STEM talents, but may be more equal in more social directions.

However you interpret it, this change in incentives will certainly reduce the emphasis on science and favor mediocrity over excellence.

In the last paragraph, the petition defends diversity by its contribution to science: “Diversity results in better, more impactful and more innovative science.”

If true, this would be a (weak) argument in its favor. Weak, because diversity can never be more than a proxy for scientific productivity, and the dangers of selecting via proxy—like using GREs to predict college grades—are well known, even to the authors of this petition.

The petition cites a study, The Diversity–Innovation Paradox in Science, in the Proceedings of the National Academy of Sciences. The study supports the petition’s claim that “diversity breeds innovation,” but it fails to overcome tough methodological and epistemological problems. It trawls a massive database with a very leaky net.

What exactly is “innovative?” It’s easy to be innovative if you are not worried about the truth of your findings. There are many more ways to be wrong than right, as recent revelations of bad and even fraudulent science have shown. Disciplines differ, innovation in biology looks different from innovation in mathematics or physics: how to measure these differences? Anecdotal observations sometimes seem to show that ethnic and gender diversity can actually be inimical to innovation, as people fear to tread on one another’s special sensibilities. The study doesn’t even mention this possibility.

This study claims to overcome these challenges with a massive database,

The study “detects” innovations but doesn’t define what they are or evaluate their truth or falsehood. Different disciplines are merged in the analysis: innovations in physics seem to be in the same data pot as innovations in genetics; a woman specializing in masculinity is in the same pot as another studying laser “chirps.”

A big problem with “big” data is that with a massive sample and a plethora of statistical tools, it is always possible to find something. And they did:

[T]his paper finds [minority] students innovate at higher rates than majority students, but their novel contributions are discounted and less likely to earn them academic positions. The discounting of minorities’ innovations may partly explain their underrepresentation in influential positions of academia.

The results sound convincing, but the study as a whole is not credible:

Unsurprisingly, the conclusions of the study are consonant with the prior beliefs of those who conducted it, namely that minorities are somehow badly treated in STEM.

If there is discrimination in STEM, judged case-by-case and not million by million, it should be addressed. What should not be done is acquiesce to the dogma of diversity.

Orchestras are now under pressure to adopt what in effect amounts to licensed racial discrimination by giving up blind auditions. Academic science should not follow them.