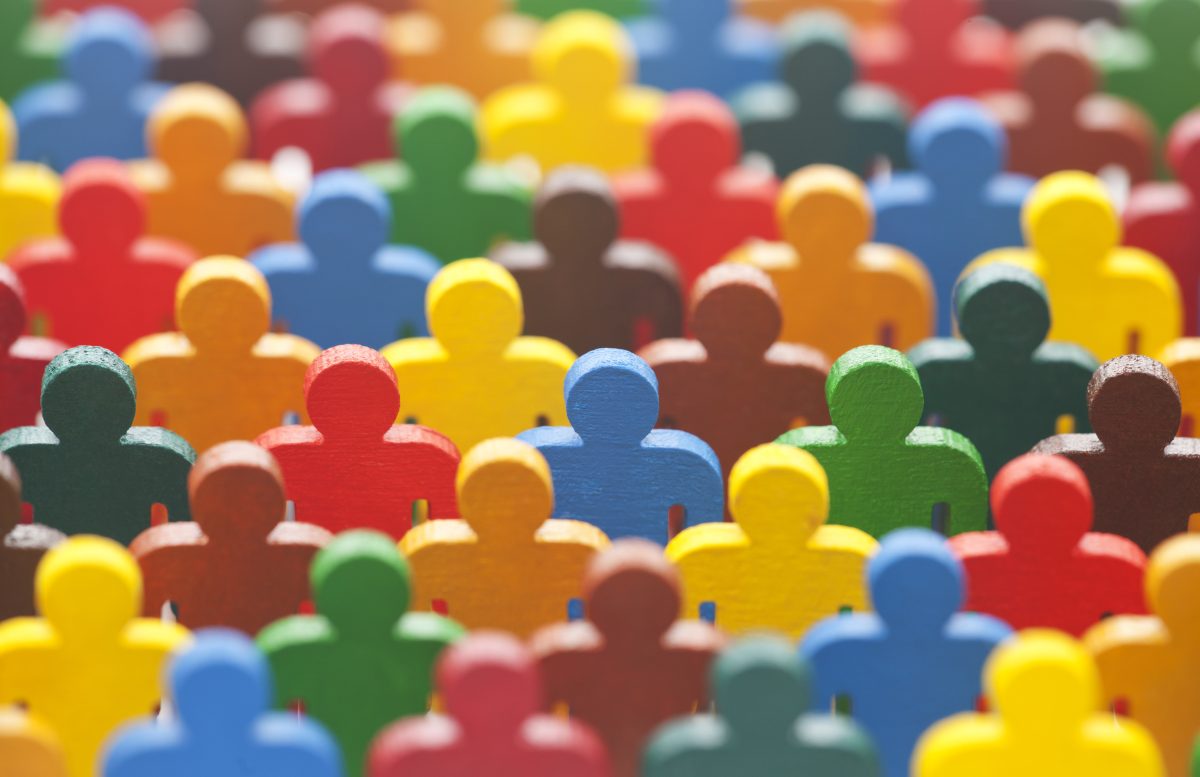 The notion of antiracism now dominates at all levels of education, from infant to university. In a previous piece, I described how the 2017 President of American Educational Research Association (AERA) gave speeches to teachers instructing them that teaching math to kids poses a racist threat, playing a set of video clips to underline her theme that no matter what improvements in rigor, classroom debate, etc. may come about “We are still at incredibly high risk for the perpetuation of racism and marginalization as it seeps into our classrooms.” Many will be surprised to learn that math education has anything to do with racism.

North Carolina is not immune to this racialized ideology. A couple of recent articles from the respected UNC Frank Porter Graham Child Development Institute (FPG) advocate an “antiracism lens” and the abandonment of the “race-neutral” “classical scientific method.”

But first, some context: Where does “antiracism” come from? And how has it affected social science?

Ibram X. Kendi, the 39-year old African-American Director of the Center for Antiracist Research at Boston University has become famous via his best-selling book How to be an Antiracist. It is an eloquent, powerful, and deeply personal book. Too personal—he and his wife were both recovering from cancer during this time—and perhaps too self-involved to be an objective account of the race issue (“I had trouble separating [my wife’s] cancer from the racism I studied,” he writes). The book makes claims, echoed by the FPG articles, that are both scientifically false and morally questionable.

Kendi’s mantra is that “a racist policy is any measure that produces or sustains racial inequity between racial groups.” Hence, Kendi deems a procedure like IQ testing racist just because it produces unequal results. Consider this:

But there will in fact be more whites than blacks in the lower half of the IQ distribution, simply because there are more whites than blacks in the general population What is the reason for their lower scores and lower-than-average achievement? Is this also racism? Obviously not; nevertheless Kendi’s reaction is to call “racist” any practice—no matter how color-blind — that yields racial disparities. Indeed, color-blindness is not only verboten, it is “a mask for racism.” So much for Martin Luther King Jr and “the content of our character.”

Kendi’s allegations—color-blindness is racist, racial disparities mean racism—which he has repeated in many forms throughout his books and speeches, are in fact racist, since he judges whites and blacks by different standards. If whites fail, it’s their fault; if blacks fail, it’s also their (whites’) fault. Reasonable people would be perfectly justified in taking offense. Instead, a craven majority of what Joel Kotkin calls the white clerisy have recoiled in horror at their own racial guilt.

Kendi’s claim that black/white disparities are always a result of racism is now widely accepted by educators and much of social science. For proof, here are a couple of mea culpa, mea maxima culpa confessions from mainstream educational organizations:

From the National Education Association:

For many educators, teaching through an anti-racist lens means helping students understand racism’s origins and guises, past and present, so they can act to disrupt White supremacy [emphasis added].

And they smugly conclude:

Despite a push by certain parent groups and lawmakers to prevent educators from teaching about systemic racism and sexism, educators are committed to teach the truth.

And from the 120,000-member American Psychological Association’s five-page Apology for Psychology’s Role in Promoting Racism, Discrimination, and Human Hierarchy:

This resolution focuses on acknowledging psychology’s role in creating, perpetuating, and failing to challenge racism and the harms that have been inflicted on communities of color as a result. In offering an apology for these harms, APA acknowledges that this action signifies only the beginning of a long-term process of reconciliation and repair for past harms and ongoing inequities in the field.

There’s much more, but you get the idea: social ‘science’ agrees that systemic racism is the reason for racial disparities; APA should appoint more “communities of color” to leadership positions and in general look at everything through a “lens of intersectionality: structural racism, institutional racism, interpersonal racism, and internalized racism.”

Two articles, authored by UNC-affiliated researchers Elizabeth Pungello Bruno and Iheoma U. Iruka, echo Kendi’s point of view, but add a few twists of their own. The first article “OPINION: Why we need a proactively anti-racist scientific method” summarizes a much longer scientific contribution in the journal Early Childhood Research Quarterly. The theme is anti-racist and color-blindness is condemned. Kendi’s book is considered authoritative and cited seven times.

The problem is their approach: science is understanding not social action.

The study is a re-examination of the historic FPG Abecedarian Project, a 1970s-era controlled experiment comparing a group given various enrichment treatments with an untreated control group, from infancy through age five. There were 111 children, 98 percent Black, in the first of four similar studies.

Since most of the kids were black, race was not a relevant variable, which turns out to be a problem for Bruno and Iruka. The study found substantial benefits for the experimental group through the 5-year period and “Follow-up studies conducted in young and mid-adulthood also found significant effects on a wide variety of other outcomes, including impacts on employment, parenting, civic engagement, and mental and physical health.” What’s not to like? Nevertheless, Bruno and Iruka find the study to be inadequate.

What exactly is wrong with the Abecedarian study, according to Bruno and Iruka? One example should suffice. Black kids of that era (and perhaps even more so today) were deficient in English. The young kids in the experimental group were therefore exposed to “learning games” in which

The authors don’t like emphasis on standard English, writing:

the vast majority of research concerning “typical” development has been conducted from a whiteness as normative perspective with majority White samples…. Thus, the educational intervention provided in the Abecedarian Project does not appear to have been based on research regarding Black children’s context, culture, language, and tradition [emphasis added].

Well, no, the kids presumably already knew “African American English Vernacular” (AEEV) and, as the control group results showed, it wasn’t working for them in the larger ‘white’ society.  (Incidentally, is standard English ‘white’? There is a great tradition of English writing in East Asia, perhaps Bruno and Iruka were not aware of it?). So the Abecedarian researchers did for them exactly what they would have done with Hispanic or Asian kids whose first language was not English: they helped them to learn standard English. Yet that represents what the authors term a “deficit lens,” whereas the preferred approach should be what they call a “strength-based perspective.” Apparently, we should be teaching not standard English but Spanish to Hispanic kids, Hindi to East Asians, and AEEV to African Americans. This is the madness of multiculturalism at full throttle.

Science is about facts; politics is about affecting social change. A scientist must separate his feelings and emotions from the data if science is ever to reach the truth: “A scientific man ought to have no wishes, no affections, a mere heart of stone” as Charles Darwin wrote to his friend T. H. Huxley. Bruno and Iruka have failed to learn this basic lesson; their work is more emotion than science, more activism than understanding: “Closing opportunity gaps for Black children” via “research that dismantles racial inequities.” And by “inequities,” they, like Mr. Kendi, mean unequal outcomes. “Color-blind approach and deficit model limit ability to inform practice and policy” they claim. Like Kendi, Bruno and Iruka want to substitute the unmeasurable “systemic racism” for measurable non-racial causes of racial disparities.

I am sure the authors are sincere in their desire to do the best for black kids. The problem is their approach: science is understanding not social action. In several places, they commit to “moving away from a deficit lens” which seems to mean not admitting the reality of endogenous as well as exogenous differences between black and white kids. All individuals are the same, according to Bruno and Iruka; any measurable differences must be due to a racist environment. Constitution, early education, different preferences and abilities, the cultural environment in which a child is reared, all these endogenous differences are assumed to be irrelevant. Only exogenous differences — racism — make a difference. Yet to assume that all children are constitutionally, culturally, etc. identical is utter nonsense.

This work is not science but the kind of destructive sentimentality that Theodore Dalrymple has inveighed against so eloquently. Bruno and Iruka, following the lead of Kendi and others, have allowed their compassion for black children to sideline reason and hence their allegiance to science. Unfortunately, they are not alone in the education field. All we can say for certain is that if this trend persists it will be disastrous for both social science and education.

John Staddon is James B. Duke Professor of Psychology, and Professor of Biology Emeritus, at Duke University. He was profiled in the Wall Street Journal in January 2021 as a commentator on the current problems of science. His book Science in an Age of Unreason (Regnery) is due out in June.