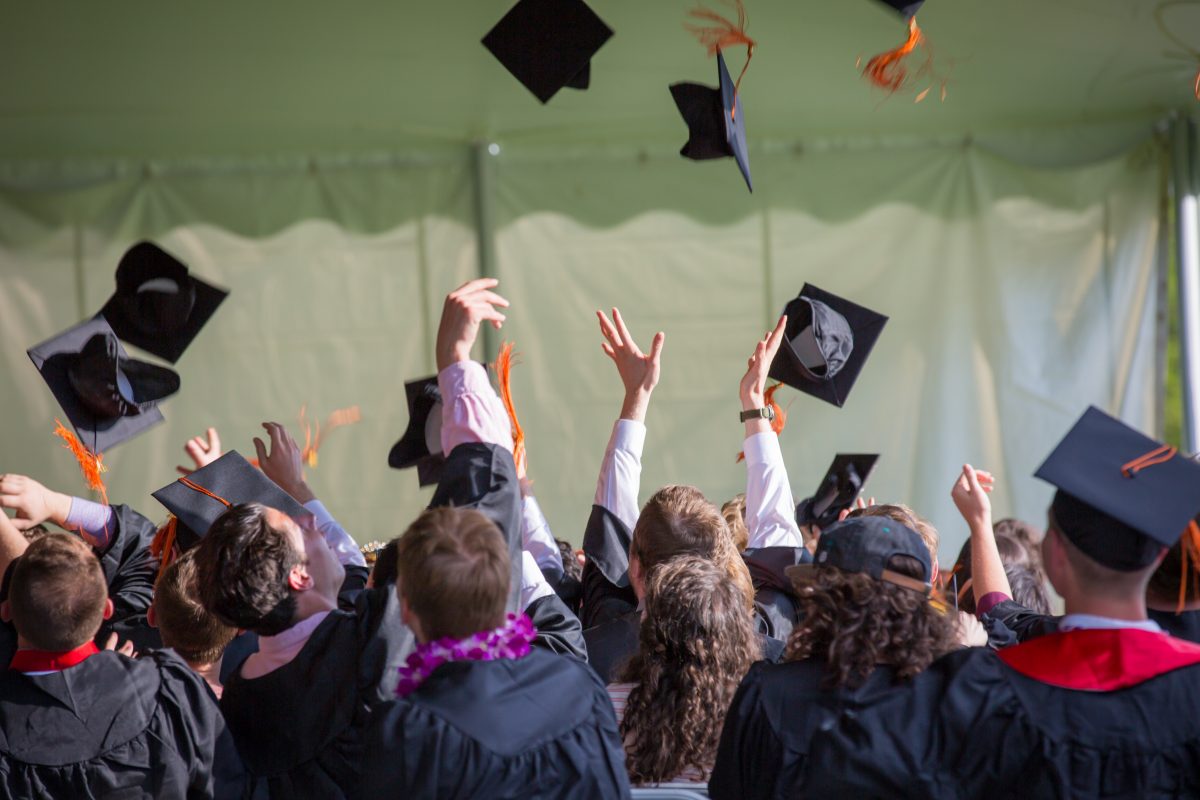 “I’m hoping Dr. Jill becomes the surgeon general, his wife. Joe Biden’s wife. She would never do it, but, yeah, she’s a hell of a doctor. She’s an amazing doctor,” proclaimed actress and co-host of The View Whoopi Goldberg last March.

After someone alerted Whoopi to the fact that “Dr. Jill” has a doctor of education (EdD) degree from the University of Delaware and not a medical degree, Goldberg apologized. “I was wrong about his wife. I was wrong, before you start texting and emailing,” she said.

Starting with Goldberg’s slip-up in March and ending with Joseph Epstein’s Wall Street Journal op-ed asking Biden to “drop the doc” in December, Jill Biden’s ubiquitous presence on the national stage during the 2020 presidential election revived long-standing debates about the use of the “Dr.” honorific and the academic degrees that underlie it.

What does the honorific mean in an era of mass credentialing and low academic standards?

In a syrupy profile published in the spring 2007 issue of Wilmington, Delaware lifestyle magazine Brandywine Signature, Jill Biden recounts her delight after returning home from defending her dissertation and finding two signs in the yard waiting for her: “Congratulations Dr. Jacobs-Biden” and “Dr. and Senator Biden Live Here.”

Everywhere the Bidens traveled, the titles went with them. Presumably, Senator Biden’s team considered Dr. Jill’s honorific to be so politically expedient that it became a prominent feature of every one of his campaigns, starting with his unsuccessful attempt to obtain the Democratic nomination for president in 2008. Until recently, only one writer dared to question their comically excessive use of the title.

Responses ranged from dismissive to disapproval. Abcarian wrote that Joel Goldstein, a professor at St. Louis University School of Law, appeared to be “mildly amused upon hearing that Biden liked to be called Dr.” Time magazine writer Amy Sullivan opined, “Ordinarily, when someone goes by doctor and they are a PhD, not an MD, I find it a little bit obnoxious.” Washington Post desk chief Bill Walsh observed that “if you can’t heal the sick, we don’t call you doctor.”

Despite the criticism, the Biden camp continued to use the title with impunity. Many media outlets dutifully complied, even as the AP Stylebook established the reasonable standard of mandating the use of “Dr.” only for individuals who possessed a degree in medicine, dentistry, optometry, or veterinary medicine.

Those sentiments were acceptable in 2009, but are no longer tolerated in 2021. Epstein’s essay provoked an avalanche of condemnation from every corner of the internet.

Mostly left-of-center writers lined up to accuse Epstein of sexism and other human rights abuses, while Northwestern University erased all mention of Epstein, who had taught at the institution years ago, on its website and affirmed its commitment to equity, diversity, and inclusion.

The criticism missed the point of Epstein’s essay. The honorific is not the issue. The lowly state of doctoral education in America is.

The creation of the doctor of education, or EdD degree, came at the intersection of three critical developments in the history of American higher education. In the 19th century, American colleges, institutes, and universities began to develop formal teacher training programs that combined instruction in pedagogy with the emerging field of psychology.

At the same time, colleges and universities created advanced degree programs for professions like law and medicine. Finally, institutions of higher education began to adopt the research university model introduced to the United States with the founding of Johns Hopkins University in 1876.

The result was the creation of doctoral programs in education designed to legitimize education as a scientific, professional, and independent field of study. Amusingly, the field itself hadn’t developed a meaningful body of knowledge by the time the Teacher’s College at Columbia University launched the first doctor of philosophy program in education in 1893. (Some would argue that it still hasn’t).

Harvard University’s Graduate School of Education founded the first doctor of education program in 1920. Fourteen years later, Teacher’s College would add a doctor of education degree program of their own. Today, most large research universities offer both degrees.

Most EdD degrees can be completed part-time with no coursework beyond the often substandard offerings from the school of education.

In practice, the EdD focused on professional training for educators and administrators rather than a research-focused enterprise. As Frank Freeman concluded in his 1931 book, Practices Of American Universities In Granting Higher Degrees In Education: A Series Of Official Statements, the doctor of education degree appeared to be designed to “organize existing knowledge instead of discovering new truths.”

My alma mater, the University of Virginia School of Education and Human Development, echoes Freeman’s distinction between the PhD and EdD.

According to the description of the institution’s doctoral programs, the doctor of philosophy program “develops academic scholars who develop a line of research in conjunction with a mentor and often within a disciplinary setting.” The doctor of education “is a professional degree designed to support practitioner-scholars in their pursuit of identifying, studying, and solving problems of practice in a work setting.” As such, doctor of education candidates often select convenient samples, such as their workplace, to conduct research for their dissertation or capstone project.

Although credit hour requirements are similar between the two doctorates, coursework, residency, and dissertation requirements vary by program. For example, my PhD program requirements included three academic years of full-time graduate work, completing multiple courses in the Graduate School of Arts and Sciences, and the successful defense of a doctoral dissertation.

Most EdD degrees can be completed part-time with no coursework beyond the often substandard offerings from the school of education. Some doctor of education degree candidates may complete a capstone project in lieu of a dissertation. Jill Biden’s 120-page dissertation, “Student Retention at the Community College Level: Meeting Students’ Needs,” is a capstone project masquerading as a dissertation. As one commentator wrote, it “shimmers with the wan, term-papery feel of middle school.”

Because wages for public school employees are based partly on credentials, taxpayers subsidize the automatic salary increases awarded to those who earn the doctoral degree. Taxpayers also support the schools of education offering the degree and grant programs that support those enrolled in the program. I have yet to encounter compelling evidence confirming that dollars-for-doctorates produces meaningful benefits for students.

Almost since the inception of doctoral programs in education, there have been numerous reform proposals. On the one hand, Geraldine Clifford and James Guthrie proposed eliminating the PhD in education and preserving the EdD as a way to refocus education schools on teacher training.

A decade later, Thomas Deering called for eliminating the EdD and preserving the PhD to avoid confusion between the two terminal degrees. Then-president of Columbia University’s Teachers College, Arthur Levine, recommended transforming the EdD into a master’s degree similar to an MBA.

In the short term, eliminating the doctor of education degree and reestablishing ties with graduate programs outside of the education school is the best option.

In 2014, the Harvard Graduate School of Education announced that it had transitioned from the EdD to the PhD. Harvard leaders declared that the justification for eliminating the EdD was to “better signal the research emphasis that has characterized the program since its inception in 1921” and to “strengthen ties with academic departments across Harvard University.” I think Harvard has the right idea.

An interdisciplinary approach similar to the one employed by my PhD program at the University of Virginia would be one way to raise the quality of doctoral studies in education.

As for me, I don’t care if people call me “Dr.” But the Jill Biden episode has revealed a world of new possibilities. Shortly after the publication of Epstein’s op-ed, etiquette expert Steven Petrow implored Americans to “start calling people as they wish.”

Fine. Call me Grand Master Jedi Terry Stoops and use “Dr.” for those who can heal the sick.

Terry Stoops is the Director of Education Studies at the John Locke Foundation.

Jill Biden and the Doctoring of Doctoral Degrees for Nondoctors

Teacher Training and the Construction of Illiteracy

Is the UNC System Serious about Teacher Training Reform?