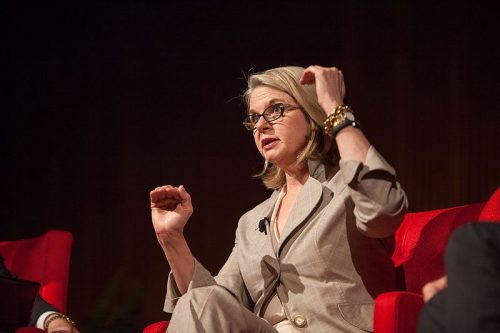 The surprise resignation of Margaret Spellings from the presidency of the University of North Carolina system presents an opportunity to improve the system’s insufficient governance policies.

The key to this improvement is to hire an independent staff member for the Board of Governors, subject only to the board. The state legislature has already recognized this need; in 2017, it included a provision in the 2017 budget allowing the board to hire its own staff, allotting up to $300,000 per year for that purpose.

Currently, staff services for the board are provided by members of the system president’s administration. This creates a conflict of interest—the administrators’ primary allegiances are to the president, rather than to the board. It is only to be expected that they will serve the president’s agenda rather than injuring their immediate superior’s case to present a more balanced view.

Of course, the creation of a new staff position loyal to the board alone represents a major shift in power. The system administration has long been able to manipulate the board by controlling the information and setting the agenda; the board staff member, who should be a senior policy person, will inevitably disrupt those dynamics.

Which will be a good thing. Universities (and university systems) employ shared governance; it is not meant to function as a single unit, but to offer a Madisonian system of checks and balances. Governing boards should be first among equals with the administration and the faculty, not merely rubberstamp formalities.

But change can be daunting, even to those whom it will benefit. The board rejected hiring a staff member in December 2017. Whether they can hire one this year is unclear; the language in the budget provision is ambiguous. The provision states:

But there may never be a better time to do so than now. The act of hiring a board staff member is likely to appear threatening to many in the administration. It certainly must have seemed so to Spellings and to those board members with whom she was aligned. They soundly attacked and resisted the staff member provision when it was under discussion last fall.

That resistance was understandable on a political level—the change took power from the system administration.  Some board members and others suggested that it creates an adversarial relationship where there should be only comity. Others have suggested that it adds another level of bureaucracy to an already complex organization.

But the provision works on a governance level. The current organization allows the president to dominate the board, when it is the board—as the representatives of the true owners of the university system, the people and taxpayers of the state—that should have the upper hand. Furthermore, the staff member will be able to play roles that are badly needed, such as serving as an ombudsman for potential whistleblowers. Especially important will be providing board members with additional perspectives and ideas about higher education that have tended to be ignored in the past. And a board staff person will improve transparency and efficiency instead of adding more bureaucracy; much of the staff person’s job will be keeping board members abreast of waste.

The need for a board staff member was recently illustrated by a controversy that need not have happened. The UNC system recommended a candidate to be the chancellor of Western Carolina University. Such appointments require a vote of approval from the board. Board member Tom Fetzer was suspicious that the candidate had exaggerated his academic qualifications and asked a friend who performs background checks professionally to conduct a review. The friend discovered that the candidate had indeed misrepresented his credentials.

Even though the background check performed at Fetzer’s request uncovered a serious impropriety that disqualified the candidate, Fetzer was accused by other board members and administrators of violating board policy by breaching the confidentiality required in high-level candidate searches.

Fetzer defended his actions, saying that he acted in “good faith” for the best interests of the university system. He cited the board’s policy that requires them “to verify an applicant’s representation about credentials and other qualifications relative to employment.”

He added that the policy also states that “North Carolina law requires notice to every applicant for state employment that willfully providing false or misleading information shall be grounds for rejection of an application or later disciplinary action or criminal prosecution.”

As the university system’s ultimate authority, the board should do better—and that means having the proper tools to exert proper oversight.

Clearly, Fetzer prevented an inappropriate candidate from becoming chancellor. While he may have gone outside the UNC system without approval from the board, he performed the due diligence that is so frequently absent in academia.

Such scrutiny could be a routine part of a staff member’s job. The administration had a chance to examine the failed candidate before submitting his name for board approval—but did not. The search committee could have noticed the falsification—but did not. He was, after all, the administration’s preferred candidate of the three proposed by the search committee. The board was notified of Spellings’ choice three days before they had to vote; only Fetzer took a close enough look at the candidate’s credentials to uncover the improprieties. As the university system’s ultimate authority, the board should do better—and that means having the proper tools to exert proper oversight.

And now is the perfect time for appointing a staff member, with Spellings (and her interim replacement, William Roper) no longer interested in the struggle for power that is increasingly part of the UNC system. The board can assume its proper role as the ultimate authority without much resistance. Just as important, the new system president will have no reason to take offense at the presence of a board staff member—since he or she will already be in place when the new president ascends to the system’s helm.

Higher education is entering a period of transition and volatility; the public is starting to wake up to negative trends that have been occurring for years. The board must be more involved than in the past—they are the part of the UNC system governance that is closest to the people of the state. The greater the awareness possessed by those in charge, the better. The Board of Governors needs its own source of information.