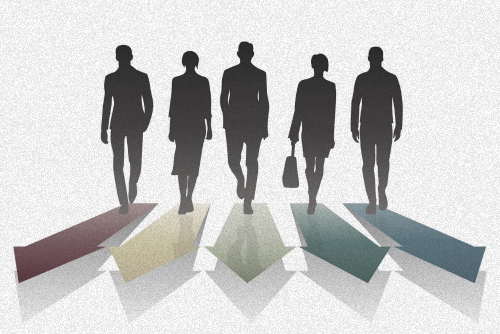 The University of North Carolina was founded with an excellent governance structure—with one glaring flaw that allows power to be concentrated in the General Administration rather than dispersed between the several branches.

That flaw is the Board of Governors’ dependence on the administration for information. In 2013, I proposed that this problem could be corrected with a relatively minor fix: giving the board its own small staff so that it can have an independent source of information.

Now that provision is made for board staff in the Senate version of the 2018 North Carolina budget, it makes sense to reiterate my reasons for that proposal.

My critique is not intended to disparage the UNC Administration; rather, I merely suggest that each branch of governance has its own interests that may not always match those of other branches. For example, it is natural that university administrators will try to maximize revenues, whereas the Governors best serve taxpayers by emphasizing cost control.

The board, as the representative of the state’s people and taxpayers in the university governance system, is supposed to have oversight over the entire system. Yet because the General Administration controls the flow of information, the board does not fully assert itself. This is because, in the current structure, board members are at a severe disadvantage. They are chosen for their accomplishments in other endeavors; they are busy people who can devote only a few days a month to university system affairs. The administration, on the other hand, has roughly 100 full-time employees and has much closer contact with the rest of the university system.

As a result, board members often only know what they are told by administrators, limiting their understanding of the issues and diminishing their ability to oversee the universities to make sure they are excellent, efficient, ethical, and unbiased. The General Administration, which represents the university itself rather than the citizens of North Carolina, controls the agenda. And it is only human nature that the administration takes advantage of the current way UNC system governance is incentivized.

This imbalance of knowledge resulting in one-sided governance is known as an “asymmetry of information” problem. To address the asymmetry, the Board of Governors needs at least one high-level staff member of its own, who will conduct independent research to identify problems and solutions that the board may otherwise overlook.

After following board activities for the better part of a decade, I witnessed how administrative control of information negatively impacted board decisions, including:

1. Most of the information provided to Governors promotes the administration’s agenda. Wise decision-making requires that decision-makers hear arguments both for and against a proposal, not just information that leads to a foregone conclusion.

2. Important issues are frequently ignored. If the General Administration does not regard an issue worthy of attention, board members often lack the awareness to explore it independently.

3. Board members are often unaware of their own rights and responsibilities, causing them to defer to the administration when they should be asserting themselves.

4. Board members are not always given information in a timely manner. Too often, board votes on important decisions, such as chancellor appointments, are conducted without sufficient time to adequately appraise candidates. Instead, they are routinely given hundreds of pages of information just days before a decision is to be made—hardly enough time to make a proper assessment.

Hiring a board staff will alleviate all of these problems. The cost to maintain staff members will be repaid many times over by bolstering the board’s oversight of expenditures through better information. And governance works best with a serious process of investigation, argumentation, and reconciliation, not when there is no opposition to a single agenda. Such tension between branches is not unnecessarily adversarial; it is merely the by-product of a well-designed system of checks and balances.

Every system needs tweaking from time to time. The time for the Board of Governors to have its own staff has come.