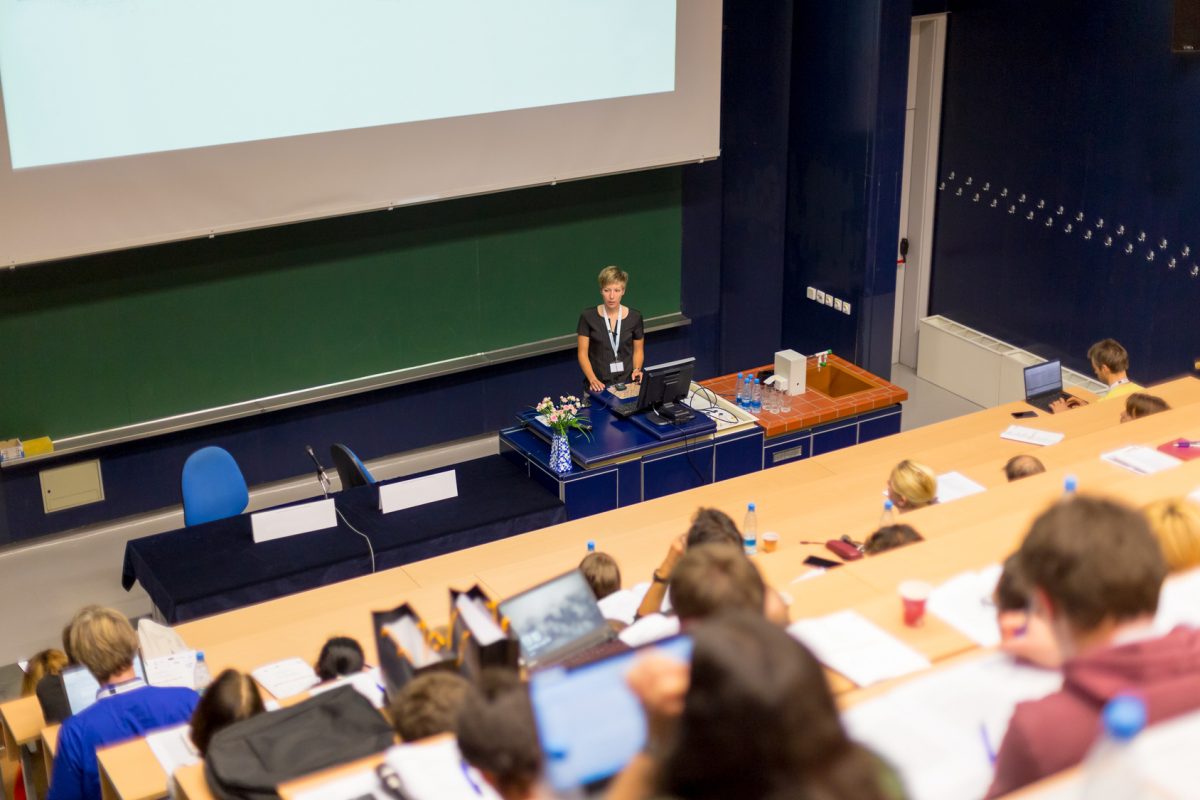 Editor’s note: This is the second of a three-part series on faculty roles in higher education. Part I by Fabio Rojas is here and Part III by John Wilson is here.

One of higher education’s enduring questions is about the proper role of faculty. The debate is growing hotter, as increased activism by some faculty is causing pushback from many quarters.

A week ago, the Martin Center published an article by Fabio Rojas in which he described the proper role of a faculty member as one of “scholarship first, activist second.” I greatly appreciated Dr. Rojas’s article; I believe he made a sincere and nuanced attempt to navigate the potential minefield of the scholar-activist distinction that is at the heart of the debate.

I found it especially encouraging that Rojas, who teaches sociology (a field whose participants often regard political activism as a legitimate use of classroom time) is in favor of limiting faculty members’ classroom activities to a considerable degree. Going against the prevailing winds of conformity is never easy in an academic environment.

But I also believe his attempt to find a third way by triangulating the distinction inevitably fails. Diminishing the strict distinction between activist and scholar, as Rojas allows, creates confusion where the goal should be to create clarity. And it denies the fundamental conflict between the two activities.

Rojas suggests that his vision begins with the need to “balance two competing values.” One is that “academia is a profession with unique goals and a mission that should not be tainted by partisanship.” Rojas expresses concern that “blurring the boundaries between scholarship and partisanship encourages classroom instructors to turn their seminars into political rallies.” He expresses disagreement with the belief that “scholarship and activism can be seamlessly blended,” and admits that being a scholar “is a full-time occupation.”

On all of that, we are in complete agreement.

It is the other need that requires closer scrutiny. Some degree of activism must be permitted professors, Rojas suggests, since they “can make valuable contributions to the body politic” and because “there are many social problems and that scholars are in a position to educate people about these problems.”

Such reasons for permitting some degree of activism in the classroom are at least insufficient and perhaps superficial. Real understanding of the scholarship-activist distinction requires a deeper look into the nature and definitions of the two activities, including discussion of how they are in conflict.

Scholarship can be informally defined as a search for truth. As a society we hold that search in such high esteem we grant it special academic freedom rights. Not only is it of such proven utility in almost every human endeavor that every society should wish to protect it, but as conservative philosopher Russell Kirk wrote, it has been “found by the test of time to accord with human nature.”

Activism, however, is a very different creature than scholarship. It is not a pursuit of truth; it is a pursuit of victory for a political cause. It need not take every relevant fact and idea into account to arrive at a conclusion, as does scholarship. Instead, it is almost by definition one-sided and dogmatic. As such, it is undeserving of academic freedom rights.

For the academic freedom of a scholar, granted so that he or she can pursue truth unhindered by politics, cannot be given to one whose goal is political indoctrination. If otherwise, the pursuit of truth is devalued as if it were just another activity.

Consider that education, too, is a search for truth. When activism—with its goal a political end rather than an intellectual one—is taught, it is no longer education but indoctrination. So academia must always be on guard to make sure that it is adhering to a higher standard than the opinions of the professor.

Rojas attempts to finesse the stricture against teaching opinions by saying that it is acceptable if the professor explicitly declares that he or she is doing so, rather than providing research-based information. At first glance, this may seem to be a reasonable solution. Yet it brings a whole host of problems. For one, it can be used by the professor to subtly signal his or her preferences to the class (or can be taken by students that way regardless of the professor’s intent). It also enables the teacher to express his or her preferred opinions without providing alternate valid perspectives. And doing so repeatedly can cloud the difference between information and opinion.

Education is usually best when students are unaware of their teachers’ beliefs. A better way is for the professor, when queried on a current issue, to say that his or her opinions are not relevant, and then provide students with the leading alternative opinions on the topic.

Rojas, in defining his “scholarship-first, activist-second” paradigm, suggests that a professor should exercise “moderation, self-restraint, and professionalism” concerning classroom activism. Unfortunately, this admonition is too vague to provide much guidance.

Education is usually best when students are unaware of their teachers’ beliefs.

I am not, however, saying that faculty members cannot be activists. They, of course, have the right of free speech and are free to express their activist ideals—but as citizens, not as faculty. Whereas free speech is a political right, academic freedom is a condition of employment. Employers—including universities—can limit speech in order to conduct their business, and there is a long chain of court decisions that give colleges and universities the right to restrict classroom content to educational purposes.

And any claim that academics’ opinions are of greater weight than other citizens in moral or political questions is mere academic hubris. For who has greater insight into a rural economy: an academic economist or a small-town loan officer? Who has greater understanding of urban crime: a sociologist or a police chief who rose through the ranks from a cop on the beat? Who grasps the real consequences of a policy: one who approaches it from a theoretical perspective or those who suffer or gain by its effects?

Again, this is not to say academics should remain silent when compelled to speak out. Their participation in the public dialogue is welcome and often valuable. But, as Stanley Fish succinctly expressed it “save the world on your time.”

One important caveat is that it should be made clear that the scholar-activist distinction rests heavily on whether an institution is public or private. And if private, whether the school considers itself bound to uphold free and open inquiry or whether it teaches according to a dogmatic perspective. For there is nothing wrong with a private institution that permits faculty to be activists, as long as it makes such a policy known. One would expect a strict evangelical school to encourage its faculty to proselytize, and if the leadership of a private, secular, left-wing institution wishes to include activism as part of the curriculum, that is their right as well.

On the other hand, for public universities, and for private schools that proclaim allegiance to free inquiry, there needs to be a strict boundary between the job of a faculty member and political activism. It is unfair to taxpayers to have their money taken from them so that activist faculty can promote activism against their interests. Just as it is unfair that students who pay tuition are taught opinions rather than scholarship when their expectations are the opposite.

Sheep No More: the Alumni Rise