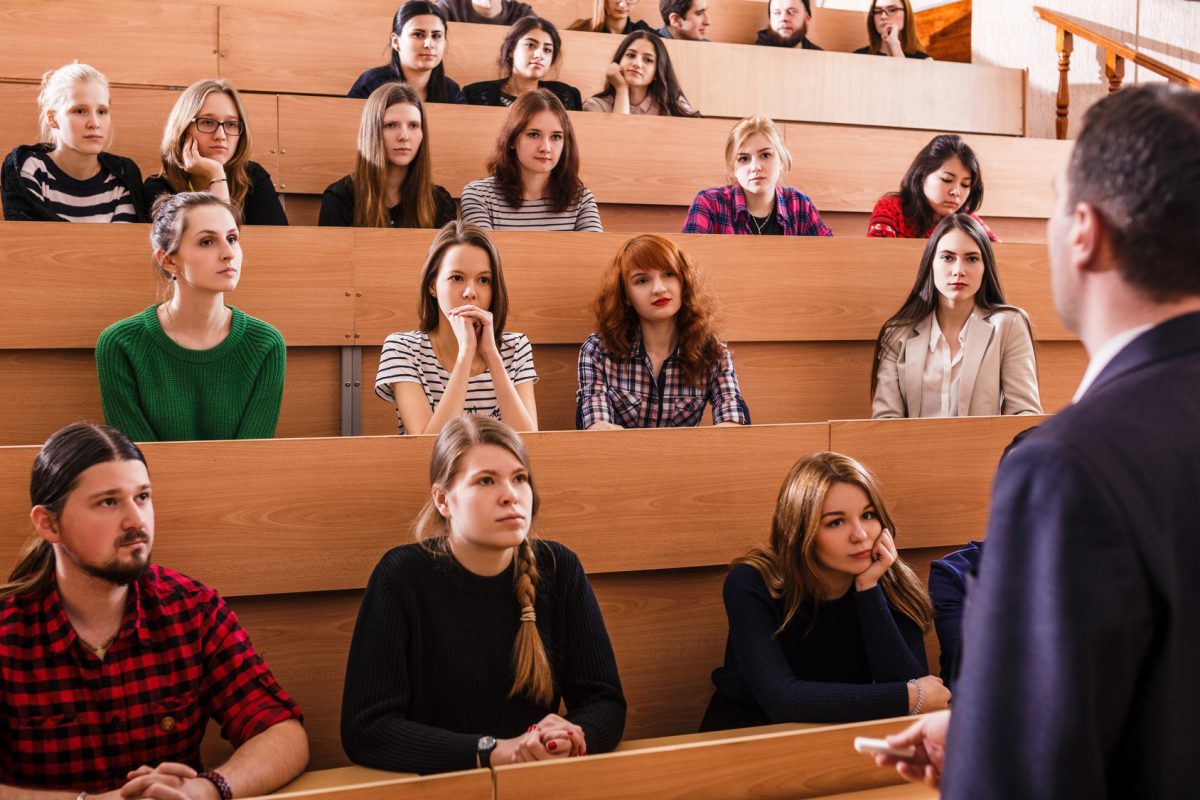 Editor’s note: This is the first of a three-part series on faculty roles in higher education. Part II by Jay Schalin is here and Part III by John Wilson is here.

Let’s imagine that you felt a lump in your body and went to the doctor. Once you sat down in the examination room, the doctor came in and said, “Hello, it’s nice to see you. I am sorry, but I haven’t had time to examine your medical records. I’ve been busy. I went to protest for a higher minimum wage.” You would be horrified. You would be justified in responding, “Doctor, you have failed at your job. You swore an oath to help the sick. I waited my turn and I paid my fees. Prioritize my medical needs over your political expression.”

The example of the distracted doctor raises an important question: When is it wise for people to shift their energies from their job to political participation? How does that affect the people who depend on a person’s labor and knowledge? This is not a merely philosophical question.

In higher education, there is an ongoing debate about the role that professors should play in politics. One side argues that it is advisable for professors to become political activists. One might call this the “activist-scholar” position. Those who argue for activist-scholars make sensible points. They correctly note that there are many social problems and that scholars are in a position to educate people about these problems. Scholars might also be in a position to provide advice on public policy.

In contrast, many people argue for the “professional scholar” position. These people think that professors should not be overly concerned with political participation. This side also has fair points to make. For example, many professors simply are not qualified to make well-informed judgments on matters of public policy. An English professor does not have the training needed to judge the merits of minimum wage policy. Another argument against the activist-scholar position is that blurring the boundaries between scholarship and partisanship encourages classroom instructors to turn their seminars into political rallies. Many people argue for the “professional scholar” position, as Jim Otteson did on the Martin Center website recently.

At this point, the reader might expect me to argue that there should be a strict separation between activism and scholarship. I think this is mistaken. Professors are members of society. As such, one would expect that they would have opinions on issues of public concern. In cases where they have expertise, their opinions should be especially welcome. I also disagree with the view that scholarship and activism can be seamlessly blended. As I noted above, being a scholar is a vocation, a full-time pursuit that consumes one’s time and attention.

Instead, I advocate a third way that I call “scholarship first, activism second.” It begins with the observation that the reason we have universities, academic journals, and tenured positions is that we want people to spend their working lives on intellectually demanding research. Without this research, there is no justification for academic institutions. The scholar who abandons their research undermines their claim to authority. Thus, scholars have an obligation to their university and to the people who fund it to produce the best research possible.

At the same time, we can recognize many cases where it would be reasonable and prudent for scholars to enter the public sphere. Sometimes, professors do have knowledge the public wants to hear. At other times, grave inequities can be remedied with the strategic use of academic knowledge. A powerful example is Kenneth Clark, the psychologist whose work on the emotional distress caused by segregation was used in the Brown v. Board of Education case. We can also think about Ida B. Wells’ research on lynching, which helped the public understand the depth of the problem.

Inspired by these examples, some have called for a more thorough blending of activism and scholarship. It may be the case that all teaching can be thought of as activism or that all research should explicitly reflect one’s ethical and political stances.

This sentiment should be resisted for a few reasons. First, the “activist-scholar” model invites bias. If one believes that their political preferences must be reflected in research, we may begin to ignore evidence that our views may be erroneous. Second, we undermine the credibility of the academic enterprise when we erase the distinction between activist and scholar. When someone reads an article by a professor, they should believe that the professor is making the best argument given available methods and data, not the arguments that support their preferred side in a political debate.

The scholar who abandons their research undermines their claim to authority.

Third, by turning all teaching and research into another arena for politics, we dehumanize other people. A core norm in scholarship, though imperfectly enacted, is that anyone can criticize an idea and present an argument. Every person merits attention because they are a thinking being. Infusing politics into all academic work encourages people to see academic work in terms of partisanship. There is not debate, only victory over ill-informed and malicious opponents. Students are not to be developed or cultivated—they are recruits to a political cause. When they leave the university, they do not have the ability to stand back from an argument and critically assess each side of the debate.

“Scholarship first, activism second” tries to balance two competing values. Academia is a profession with unique goals and a mission that should not be tainted by partisanship. At the same time, professors and scholars can make valuable contributions to the body politic. Thus, the issue is one of moderation, self-restraint, and professionalism. If a student raises their hand and asks a political question, the academic should feel free to offer their opinion. But the scholar should also be able to say if their view is based on research or if it is a personal opinion and respond in a way that makes clear that a student can respectfully disagree. This is a challenging practice, but it is rewarding and sends a clear message that academia is a meeting of minds, not a political battlefield.

Fabio Rojas is professor of sociology at Indiana University, Bloomington, and is the co-editor of Contexts: Understanding People in Their Social Worlds.