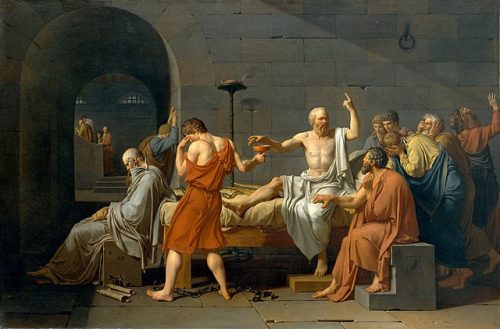 Editor’s Note: This is a condensed version of a speech Dr. Otteson gave at a January James G. Martin Center luncheon.

I come to you as a professor—not as a politician, nor as an advocate of my personal political views. I have personal political views, of course, but I believe they should be irrelevant to my professional work as an academic. Indeed, the main thing I would like to convince you of is that there is such a thing as a professional academic and that the crisis we’re facing in higher education arises ultimately from a failure to appreciate what it means to be a professional academic.

When problems arise in any organization, often they are related to a disagreement about, or a failure to embrace, the purpose and mission of the organization.

About many things, it is hard to know when, or even whether, we have hit upon truth; and there can be a danger to focusing on truth, because it is when people believe that they are already in possession of the truth that they can become inclined to stop searching, inquiring, and examining.

I propose, therefore, that we reframe our mission by conceiving of the purpose of higher education as two-fold: first, to transmit the central elements of the “great conversation” that has characterized our tradition of learning since at least the time of Socrates; and second, to respect and preserve the millennia-long profession of inquiry that has enabled us to reach the astounding intellectual heights we have achieved.

Academia is a profession. Accordingly, academics ought to have a professional identity and a code of ethics that specifies our responsibilities.

Academics in fact have a dual professional responsibility. The first is to master our fields and to convey their achievements to each new generation of students. The second responsibility is to the tradition of inquiry itself, stewarding our noble profession.

So our obligations are both to substance and to process: what have the greatest in our fields believed, professed, and demonstrated; and what is the method they developed that has proved most successful? It is not that we should not be advocates; it is, rather, the content, and purpose, of what we should advocate. We should advocate using this particular aspect of our cognitive toolkit to understand the world.

Let me illustrate by using my own field of philosophy as an example. When and where did philosophy begin? We usually identify the beginnings of Western philosophy and science with the Ionian city-state of Miletus, in the sixth century BC. The hallmark of what those Milesian thinkers did was what we call critical reasoning—that is, formulating, proposing, and examining hypotheses. The method they developed enabled the spectacular growth in human knowledge and understanding we have seen in the last 2,500 years.

The first writings that have content that we might call “philosophical” were cosmologies— accounts of how our world came into existence. Before the Milesians, there were creation stories that offered metaphysical and poetical accounts of the “birth” of the universe. For example, the Judaic account in Genesis describes a distinct entity, YHWH, simply willing the world, including human beings, into existence.

Such accounts were based on mere assertion and aimed at mere acceptance. They did not invite testing or debate.

By contrast, the Milesians proposed hypotheses meant to explain the origin and nature of the universe, but that took the extraordinary step of being open to verification or falsification. Thales first proposed that the universe was made out of water—he thought that the fundamental element of everything that exists was water. But Thales’ younger associate Anaximander thought there were problems with this proposal, and so he offered a proposal of his own—apeiron, the “Boundless” or the “Indefinite”—that was meant to correct the problems he saw with Thales’ proposal.

This illustrates what separates non-philosophical accounts from philosophical—or, we might put it, non-scientific accounts from scientific. The difference is not in the particular things the Milesians believed but in their method.

That method included, first and foremost, looking for reasons for beliefs, and accepting logical and empirical verification and falsification as criteria for holding or abandoning beliefs. Second, their method was based on an assumption of logos, or reason, as the ruling principle of the cosmos and also our chief tool in understanding it.

The heights to which our knowledge and understanding have reached in the subsequent millennia, which has enabled everything from antibiotics to space travel to the internet, is ultimately owing to this method of open inquiry and rational criticism first employed by these ancient Greek thinkers.

How does this relate to our topic of intellectual diversity? As professional academics, we must respect the traditions of this method of learning that have constituted the essence of our profession since its beginnings. We must respect the norms and methods that have allowed us to come to an understanding of the world.

Academics ought to have a professional identity and a code of ethics that specifies our responsibilities.

But the nature of this method of inquiry implies that we can never rest content that we have the final word. This is true even in the so-called hard sciences, whose history is full of revolutions and fundamental changes in belief.

It is also true in the so-called soft sciences—sociology, psychology, and economics—where the more we learn, the more we realize that there is still much more that we do not know. And it is all the more true in things like politics and morality, where not only is it less clear how to even proceed or make progress, but where our biases and tribalisms color everything we do.

So I suggest that, in our professional capacity as academics, instead of resting content in the belief that we already know all that there is to know, we should repair to the tradition of inquiry itself. We must draw on and extend its tools as we seek to understand the world and our place in it.

Respecting this tradition of inquiry is Job Number One for us professional academics.

We deal in thoughts and ideas, in hypotheses and conjectures, in proposals and arguments, in criticism and counter-argument. If a hypothesis or proposal seems false, our professional responsibility is to demonstrate that by the process of falsification that is the core characteristic of our profession.

That is the true lesson from our tradition of higher learning. It is what separates it from other activities, and what separates science from pseudoscience, knowledge from opinion, and the professional academic from the sophist.

The moment any of us begins to feel the pull of wanting “our side” to win, we are hearing the siren song of sophistry. Here is a litmus test. If we feel an emotional investment in an idea, if we find ourselves growing angry at others who disagree with us, beware: our judgment may be clouded by the hot rush of emotions.

It is thrilling to vanquish an intellectual enemy, but that thrill is the result of emotional release, not of dispassionate investigation. Weak and limited as our rational capacities are, our emotional responses are far less reliable indicators of truth.

Because politics is so fraught with emotion and tribal loyalties, it is extremely dangerous in the context of higher education. It replaces a loyalty to the process of inquiry with a loyalty to one’s tribe. We judge arguments and even people not on their merits, but instead on the extent to which they conform to our prejudices or group identities. It therefore imperils our professional identities as academics if we allow politics to enter into our scholarship.

We might have political allegiances in our capacities as citizens, but as academics, our loyalty should be to the process of inquiry alone.

That means we should have no academic departments or institutes whose primary purpose is to inform, affect, or advocate public policy. We should take no institutional political stances, and there should be no claims that are not open to debate.

Everything we do should be in the service of this high purpose of inquiry—everything from the classes we teach to what we publish. If some of our colleagues want the academy to advocate substantive political positions, we should respond, “No, that’s not our job.” When our universities are asked to take stances on DACA, on raising the minimum wage, on Donald Trump’s presidency, on boycotts and divestments: “No, that’s not our job.”

This is not a matter of academic freedom: there should be no limits placed on what we may investigate, question, or examine. The point is that our work must be in the service of our profession and consistent with the norms of that profession.

Whenever a professor moves from dispassionate inquiry to partisan advocacy, that is a betrayal of higher education’s mission and a breach of academic professionalism. If higher education is to fulfill its proper mission and serve its proper purpose, all its members must dedicate themselves to embracing their responsibilities not as defenders of a faith, but as professional pursuers of knowledge.

A Lot of It Is Sheer Nonsense