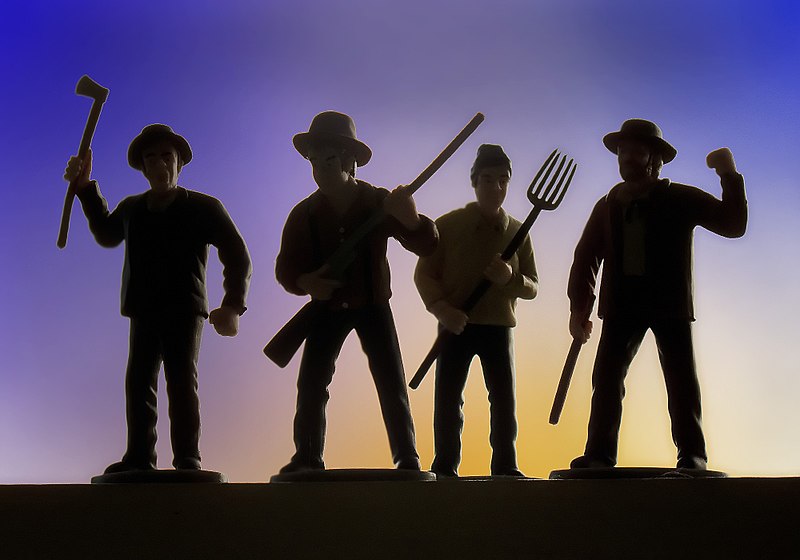 The academy seems built for public controversy because professors are encouraged to question ideas and popular beliefs. It shouldn’t be surprising that academic outrage has a long history.

In the past, scholars could find themselves in trouble, like Galileo, who defended Copernican astronomy and then proceeded to attack Pope Urban VIII, a position so unpopular that he was literally tried for heresy by the Inquisition and spent the rest of his life under house arrest. The philosopher Bertrand Russell had his job offer at the City University of New York revoked in 1940 when religious leaders disagreed with his liberal attitudes toward sex.

Anti-academic outrage continues today. A wave of digital “outrage mobs” have appeared, demanding that professors lose their jobs and academic articles be retracted. This trend differs from the past in ways that merit close attention.

Rather than being about academia’s conflict with religious or political forces outside of the university, as Galileo and Bertrand Russell were, the current conflict seems to be about the internal policing of academics by other academics. This development is dangerous, not only for those professors targeted by outrage mobs, but for a broader intellectual environment that nurtures academic inquiry.

The focus of this policing is racial and gender inequality. Some call these inquisitors the “intersectional Left” because of the movement’s reliance on intersectional social theory that emphasizes the overlapping categories of gender, race, and class. Others merely use the phrase the “Academic Left” or the “Critical Theory Left.” This academic subculture is an important shift in the way that many academics think of their mission. Inequality is no longer seen as a problem to be studied and addressed through academic research. Instead, inequality has become a master framework for discussions of institutional legitimacy and academic merit. A professor, or institution, that does not adequately address inequality in the proper way, or with the proper words, is deemed an unwitting accomplice in a system of institutionalized discrimination.

A professor who openly criticizes intersectional theory, or its theoretical kin, is an apostate.

The Academic Left is not without merit; it raises valuable points. As most social scientists will attest, there is ample evidence that discrimination and prejudice are alive and well. Audit studies, such as those done by Devah Pager in 2007 and Ted Thornhill in 2018, have often shown that people with similar qualifications in job searches and college admissions will suffer penalties if they are perceived to be Black.

The Academic Left also makes very fair points about our campuses. If a building is named in honor of a person who literally owned other people and abused them, then why should we hesitate to tear down that symbol of tyranny? Their name should be preserved in the history books, but we can safely take it down from the facade of the college library.

The troubling aspect of contemporary academic culture is not that it tries to rectify historical injustices. The problem is how it treats critics and those who do not completely adhere to a particular approach to race or gender.

One might point to cases like Rebecca Tuvel, the philosophy professor who was attacked for making an argument in 2017 about the similarity of transgender people and transracial people in the journal Hypatia. Her critics did not initially submit refutations to the journal for peer review. Instead, they demanded that the article be retracted. In 2020, an academic journal retracted an article about a theory of gender dysphoria by a neurology professor at the University of Michigan after a petition signed by 900 people.

I do not defend the content of these articles. I am not a gender theorist, a neurologist, or a philosopher so I can’t tell if these articles are gems of insights or confused mangles of thought. The bigger issue, and what should concern anyone who cares about higher education and open debate, is that a crowd of academics formed to have peer-reviewed articles retracted instead of refuted.

This trend escalated in the spring and early summer of 2020 after the vicious killing of George Floyd by Derek Chauvin. The killing triggered an enormous wave of protest, one of the largest in American history. While there is unanimous support for bringing Chauvin to justice and reforming the police, there is a wide range of opinions about policy proposals offered by police reform activists.

The debate over how we understand police misconduct and reform is welcome and needed. It also should be expected that some citizens will be angered by what professors say.

What is problematic is when other professors try to enact retribution against those who offer unpopular opinions about police reform and activists.

For example, a Michigan State University administrator, Steven Hsu, was forced from his position for having interviewed another Michigan State University professor who studied police shootings and had data suggesting that there were no racial differences among victims of police violence. Critics were also upset that Hsu spoke to controversial libertarian figures like Stefan Molyneux.

Harald Uhlig, a professor of economics at the University of Chicago, lost a consulting position at the Federal Reserve Bank and was temporarily suspended from his editorship of the prestigious Journal of Political Economy for saying that he thought that police defunding proposals were ridiculous. He compared activists who advocated police defunding to “flat earthers.”

In probably the goofiest episode of academic rage, nearly 2,000 people signed a petition to fire Patricia Simon, a theater professor at Manhattan Marymount College, for allegedly sleeping during a meeting to fight racism.

If every professor who slept during a meeting was fired, the university would be a very empty place.

Academic outrage mobs are bad. They are a form of surrender. Rather than see opposing ideas as something to be debated and rejected, the academic outrage mob moves to censure and erase ideas. Genuine debate requires that we seriously engage with ideas that are profoundly wrong, offensive, and possibly dangerous. Thus, academic research requires a degree of level-headedness—an ability to calmly look at opposing points of view, however repulsive, and say, “this is why they are wrong.”

The bigger issue is that a crowd of academics formed to have peer-reviewed articles retracted instead of refuted.

It is also possible that opposing points of view may have some truth to them and that is lost in the rush to “cancel.” By resorting to cancellation as a tactic, the academic outrage mob has given up on the most basic element of academic culture in favor of partisan rancor and the pleasure of banishing people who are deemed offensive.

Furthermore, academic outrage mobs have the potential to introduce very illiberal reforms into the university.

For example, a committee of professors and graduate students at Princeton University issued a statement demanding that racism be addressed on campus. Some of their requests are sensible, such as investigating instances of racism aimed at students and faculty. Other demands are clearly illegal, such as giving extra resources to scholars of color because of their ethnicity. Then, we have demands that are chilling, such as the call to have a campus committee judge what is racist teaching and research on campus.

Ironically, one faculty member has already been investigated, and cleared, for strongly criticizing one of the student groups that participated in the drafting of the statement.

What to do? First, we have to recognize that these are not isolated incidents. Campus illiberalism has been expressed through campus speaker controversies, blow-ups over dormitory rules, demands that people be fired, or the demand to retract journal articles. It is not a myth, nor are these outbursts a handful of rare events. There is a subculture on campus that seeks to suppress or disrupt speech.

Second, we have to adopt a stance of positive engagement. We should not replace an illiberal culture with more intolerance. If activists raise a valid point, we should take them seriously.

Third, we must use the word “no” more often. Just because a group of people on Twitter is upset about something does not mean that it needs to be investigated.

Fourth, we must invest in institutions that supplement the academic mainstream. The Heterodox Academy, which promotes civil debate among competing views, is one possibility.

The current academic outrage wave is troubling, but with some thoughtfulness, we can create a better higher education system.

Fabio Rojas is a professor of sociology at Indiana University, Bloomington and is the co-editor of Contexts: Understanding People in Their Social Worlds.