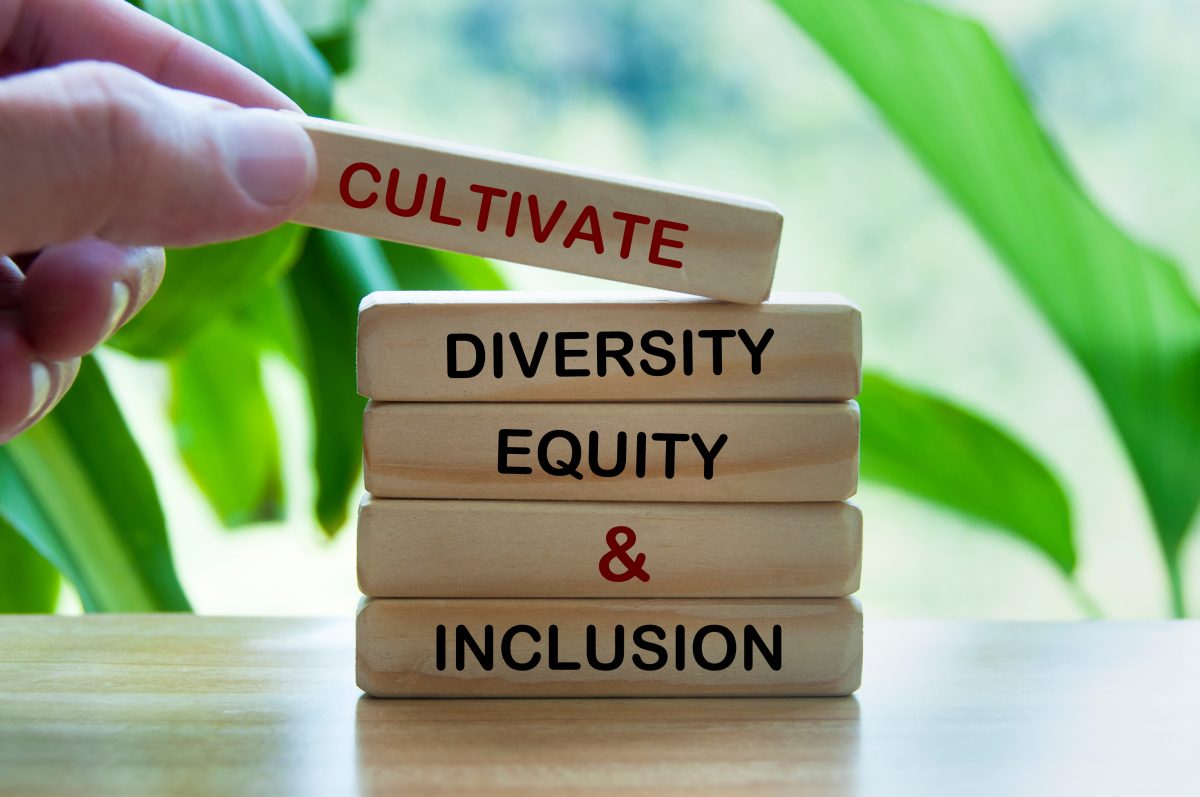 There are times when “I told you so” is unpleasant to say. This is one of those occasions.

In May, the Martin Center reported on the appointment of a new dean, Raul Reis, at UNC-Chapel Hill’s School of Journalism. Based on Reis’s previous work and his professed dedication to “diversity, equity, and inclusion” (DEI), the Martin Center warned that this new hire might seek to remake the school in the image of DEI. That prediction, unfortunately, appears to have come true.

Reis’s plan is far-reaching and aspires to entrench DEI at every level of the school.On July 1, Reis began his duties as dean—and he’s been busy. Under his leadership, the journalism school released a “Plan of Action on Diversity, Equity, and Inclusion (DEI).”

The plan is far-reaching and aspires to entrench DEI at every level of the school, from student and faculty behavior to the curriculum and community. The overarching goal is to “widen and deepen” the school’s commitment to DEI. Unsurprisingly, it shares many similarities with the plan Reis oversaw during his tenure at Emerson University.

Like Emerson’s, the UNC School of Journalism’s DEI plan is organized into four sections: 1) Students, 2) Faculty and Staff, 3) Belonging and community, and 4) Curriculum. In the curriculum section, the school lists its strategies to “build a more inclusive, equitable and diverse curriculum by developing and making available resources that empower faculty to change their classes” and “help faculty build more inclusive, welcoming, and equitable classrooms.” Some of these strategies include:

The report states that reviewing “foundational courses to embed a DEI perspective” is an “ongoing” strategy. Another ongoing strategy is to share DEI resources with adjuncts during the onboarding process. To measure success towards these goals, the following will be evaluated:

It is unclear how faculty “participation and engagement” or “changes in the curriculum” will be measured.

The Martin Center requested an interview with Reis to discuss the DEI plan but was informed by UNC media relations that “Dean Reis isn’t available for an interview.” Media relations did, however, provide the following statement by Reis:

Since I arrived in Chapel Hill this summer, I have found a strong UNC Hussman community that has worked hard for decades to establish and maintain its position as one of the top schools of journalism and media in the world. After receiving provisional accreditation status from our accrediting body (ACEJMC) on the diversity standard, we have worked collaboratively as administration, faculty and staff to develop a Diversity, Equity, and Inclusion (DEI) Plan of Action that addresses ACEJMC’s concerns. Our plan also helps fulfill our commitment to building a school culture that is welcoming and inclusive and regards diversity as an institutional strength.

As Reis reveals, the driving force for the plan is two-fold.

First, the plan is, in large part, an effort to win back the blessing of the journalism school’s accreditor, the Association for Education in Journalism and Mass Communication (ACEJMC).

The plan is, in large part, an effort to win back the blessing of the journalism school’s accreditor.In April, ACEJMC voted to downgrade the journalism school’s accreditation status because the school did not meet its diversity and inclusion standard. The unsuccessful hiring of 1619 Project author Nikole Hannah-Jones influenced the accreditation downgrade. The school will be reevaluated in 2024 to see its progress, which will be tracked on a website.

The plan states that ACEJMC will “measure progress in the following areas”:

The last point is perhaps the most alarming. How does the accreditor expect the journalism school to modify its curriculum in light of DEI? Changing the curriculum to satisfy DEI goals—themselves ideologically charged—raises serious concerns about academic freedom. Will professors be forced to include politicized and controversial content in their courses and evaluate students based on ideologically-driven criteria? Or will they be evaluated for promotion and tenure based on their allegiance to DEI?

Efforts within both the journalism school and the broader university are not reassuring. On its resource webpage about ACEJMC accreditation, the journalism school states that it will continue to “grow and expand programs” including “revising promotion and tenure guidelines to specifically recognize and value creative and scholarly work, mentoring and service focused on improving diversity, equity and inclusion” [emphases added]. The school seems to be following the lead of UNC’s medical school, which has made contributions to DEI efforts a condition for promotion and tenure.

But the plan isn’t just an effort to appease the accreditor. The journalism school has long been hoping to embed DEI in its curriculum and academic culture. The school’s 2016 vision statement expresses its dedication to “mak[ing] diversity and inclusivity efforts an active part of our community, curriculum and our goals.” The school’s strategic plan states, “We will continue to embrace, discuss, and strengthen our commitment to diversity and inclusion with intentionality, from classroom instruction to scholarly and creative activities, to the procedures and policies of our School.” The new plan (and Reis’s hiring) is an effort to put those “lofty goals” into action, hence the title “Plan of Action.”

There is no evidence that diversity of thought is prioritized in the DEI plan.Admittedly, the strategic plan does state that its commitment to diversity and inclusion extends to diversity of thought and perspective, but there is no evidence that these items are prioritized in the DEI plan. The goal of “attract[ing] position applicants who are more diverse, inclusive, and representative of larger society” might include diversity of thought and perspective, but that seems dubious, because it’s highly underspecified. The same could be said about “bring[ing] speakers from diverse backgrounds who can present on a broad range of topics.” A broad range of topics does not entail a broad range of perspectives; speakers from different ethnic groups could talk about topics ranging from climate change to inflation to gender politics, all from the same general point of view.

Such activities at the journalism school are diametrically opposed to the sentiments recently expressed by the university’s chancellor, Kevin Guskiewicz:

Our university is a big and diverse place, making room for an array of different viewpoints, and that calls for thoughtful restraint on the part of leadership when it comes to weighing in on controversial issues. When university leaders commit the institution to a political position, it can chill dissent and silence alternative views. That does not mean our expert faculty should sideline themselves in any public conversation, but that the institution should remain a forum for discourse from many perspectives.

By overtly seeking to embed DEI throughout the School of Journalism, Reis and his colleagues are showing anything but “restraint.” “Diversity, equity, and inclusion” might sound innocuous— indeed, even laudable—but the notions underlying the phrase are deeply politicized, divisive, and hostile to the cherished American values of equal opportunity and freedom of thought.

As Scott Yenor and Anna Miller note in a Martin Center report, DEI initiatives are the application of “critical social justice” (CSJ). The authors note that this school of thought goes by many names, such as “multiculturalism” (which Reis has written about here), Critical Race Theory (CRT), and Critical Theory—all of which “divide the world into aggrieved minorities and oppressive majorities, reducing people to a group identity grounded in immutable characteristics such as race and sex.” Yenor and Miller continue:

[The ideologies] are based on a distorted view of what a human being is, compromising the pursuit of truth and diverting institutions that adopt it away from excellence and merit and toward factionalism. They cultivate resentment and anger among the supposedly aggrieved while undermining the stability, equal treatment, and mutual toleration that contributes to individual happiness and good citizenship.

The School of Journalism should be focused on teaching students how to report on the facts as objectively and impartially as possible. Its unabashed effort to inculcate one-sided views on hotly contested issues stifles diversity of thought and betrays the confidence that the state and its taxpayers have placed in the institution. Even more gravely, it furthers the degradation of the field of journalism overall. Schools across the country have embraced similar ideological tenets, no doubt contributing to the overt bias dominating the news media.

These actions demand the immediate attention of Guskiewicz and the Board of Trustees. They are obligated to thoroughly scrutinize the DEI plan and demand the journalism school not proceed with any action items that imperil academic freedom and the spirit of free inquiry central to higher education.

As for the accreditor’s role in the journalism school’s DEI push, this should serve as another example of the deep flaws and ideological bias of the accrediting system. Merely being “accredited” is no guarantee of curricular quality. Indeed, this story demonstrates how schools are forced to toe the ideological line of their bureaucratic overlords.

Shannon Watkins is the research associate at the James G. Martin Center for Academic Renewal.