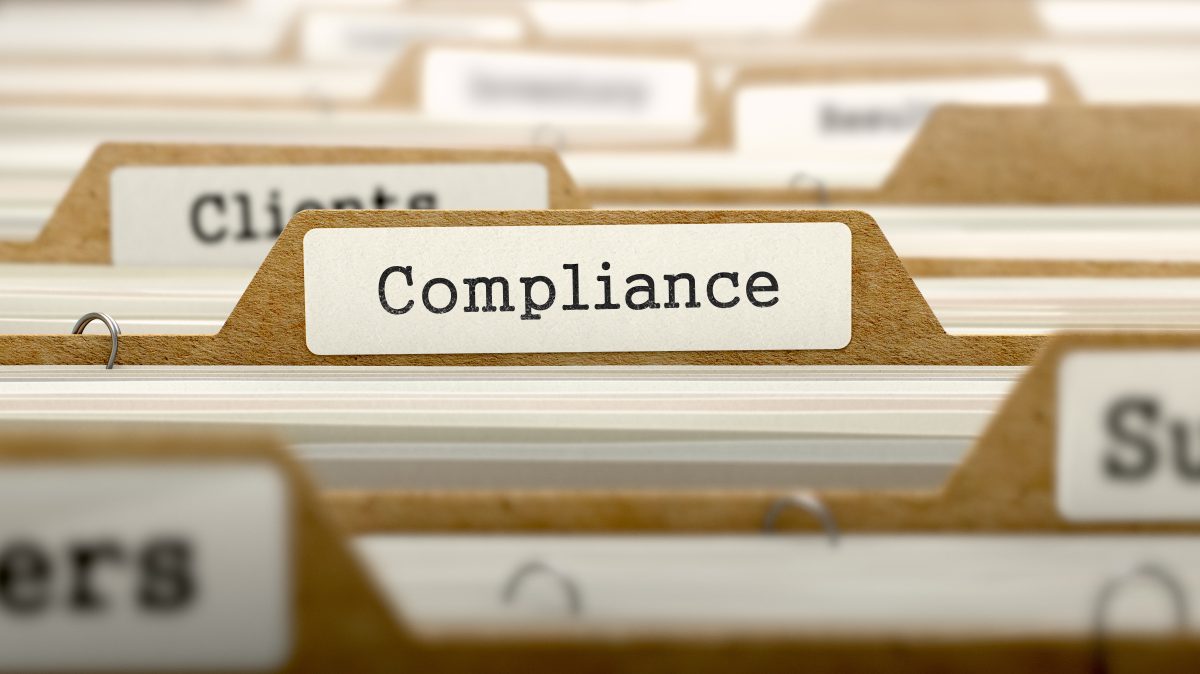 On March 11, UNC-Chapel Hill announced the appointment of a new dean for the Hussman School of Journalism and Media. Raul Reis, whose hiring was approved by the board of trustees, will officially begin his duties on July 1.

An important backdrop to Reis’s appointment is the unsuccessful hiring of “1619 Project” author Nikole Hannah-Jones as Knight Chair in Race and Investigative Journalism.

This time last year, news outlets were closely following the heated controversy that consumed UNC-Chapel Hill over whether or not to grant Hannah-Jones a tenured position. When the university’s board of trustees requested more information before bringing her candidacy to a vote, the administration attempted to expedite her hiring by instead granting her a five-year contract. That way, the school could hire her without the board’s approval. Hannah-Jones initially agreed to a five-year contract but later demanded that she be hired with tenure protections.

Even after the board ultimately decided to grant her tenure, Hannah-Jones declined the offer and instead accepted a tenured position at Howard University.

The J-School’s dean at the time, Susan King, resigned shortly after Hannah-Jones’s decision to reject UNC. Up until recently, the school had been searching for someone to fill King’s position.

Forces within the School of Journalism are more intent than ever on demonstrating ideological allegiance to “diversity, equity, and inclusion.”Many on campus viewed the whole affair as an egregious failure of inclusivity and as a shocking demonstration of systemic racism at work in the university. Denunciations of racism were made, along with demands that efforts take place to rectify the injustice. The journalism school’s accreditor also weighed in on the controversy. The accreditor lowered the school’s ranking, stating that the Hannah-Jones controversy and other diversity-related failings “were significant factors that led to the decision to downgrade the journalism school to provisional accreditation status.” The head of UNC’s faculty council, Mimi Chapman, said it was a pity that the journalism school was being punished for the failures of the university’s governing board.

Needless to say, forces within and without the School of Journalism are more intent than ever on demonstrating the school’s ideological allegiance to “diversity, equity, and inclusion” (DEI). The recruitment of Reis seems to be serving these efforts.

A Candidate Focused on “DEI”

Soon after Reis’s appointment was announced, news articles appeared that noted his plans to implement DEI in the School of Journalism. The Daily Tar Heel reported, “At UNC, Reis said he wants to focus in particular on diversity, equity and inclusion within the journalism school. He wants DEI to permeate everything the school does—from new programs to curriculum, he said.”

That Reis wants DEI to “permeate everything the school does” isn’t surprising given past remarks he’s made. As dean of Emerson College’s School of Communication (where he was dean since 2016), Reis, along with countless other higher ed leaders, released a statement decrying the death of George Floyd. In the public statement, Reis said,

As an educational organization, the School of Communication is committed to principles of social justice and equity, as reflected in our mission and vision statements. It has become part of the School’s DNA to teach and practice those principles, through our classes, events, programs, and many initiatives with community partners…

“​​He also helped develop [Emerson’s] diversity plan that included a ‘comprehensive curriculum audit to ensure equity and inclusion,’ according to UNC.”

Emerson’s diversity plan does indeed seem to include a “comprehensive curriculum audit” to ensure fidelity to DEI, but it is surprising that UNC would want to publicize that fact. For one thing, faculty members—not deans—are typically responsible for the content of courses. Secondly, such an “audit” sounds like a blatant attempt to enforce ideological conformity and an infringement on academic freedom. A close look at Emerson’s diversity plan validates these concerns.

The Emerson School of Communication’s diversity plan includes four “action plan goals” that identify the main areas for diversity efforts: students; faculty and staff; curriculum; and community and professional engagement. Each of these areas has a drop-down menu that discusses the specific goals in detail. The goal listed under curriculum is the most concerning:

Reis’s influence in this goal is apparent, as it sounds very similar to the “multicultural, outcomes-based curricula” he wrote about in a 2000 academic paper. UNC declined to give the Martin Center a copy of Reis’s CV, but this old one from 2011 is available on the web and lists a draft of this paper. It’s not known whether the paper was included in the CV presented to the BOT.

Injecting ideological compliance into the curriculum is incompatible with the spirit of free inquiry that should exist on college campuses.In the paper, “Teaching Media Ethics in a Multicultural Setting,” Reis discusses the “application of multicultural, outcomes-based curricula” and poses the central question: “From the perspective of students, does it make a difference to employ a teaching model that is embedded in multicultural values, and rewards personal transformation and measurable results?” (Reis was previously a faculty member at California State University-Monterrey Bay, or CSUMB. The context and findings of this research are based on courses and students from this university.)

Admittedly, it isn’t clear what exactly Reis means by “multicultural values.” If the term is meant only to convey the ability to meaningfully engage with multiple perspectives, then that goal is certainly laudable. Indeed, the paper acknowledges the importance of interacting with alternative views and participating “successfully and meaningfully in dialogue across these differences.” But “multiculturalism” typically denotes a distinct intellectual movement that is notably hostile to western culture and embraces contested beliefs about race and gender. As David Sacks and Peter Thiel note in their 1995 book The Diversity Myth,

Multiculturalism has become coeval with an all-out assault on the West, whereby historical landmarks, social responsibilities, religious values, interpersonal relations, and even artistic merit as understood by a new culture seek to displace the same as understood by old.

Does Reis’s understanding of multiculturalism align with what is described above, and if so, is that what he suggests be “embedded” in students’ curricula? Other sections in Reis’s article aren’t reassuring:

The adoption of multiculturalism by CSUMB as one of its educational cornerstones comes from the realization that cultural diversity will be one of the most prominent issues of the 21st century. CSUMB administrators and faculty recognize that, to attain individual success in the coming decades, students must be able to celebrate and integrate cultural diversity into one’s professional and personal life.

Educating students with the goal of helping them “celebrate” and “integrate” cultural diversity into their professional and personal lives seems to go beyond teaching them to understand and engage with different perspectives; it seems to be an attempt to have students adopt particular beliefs about culture and diversity.

Injecting ideological compliance into the curriculum—whether it be at CSUMB, Emerson, or UNC-Chapel Hill—is incompatible with the spirit of free inquiry that should exist on college campuses. And Reis’s history of supporting a comprehensive implementation of DEI into professors’ courses and curricula is alarming, particularly because he will be in a position of authority to infringe on academic freedom in the J-School.

A Rushed and Misled Board of Trustees?

Why did the members of UNC’s board of trustees, who have previously voiced their concerns about DEI dictating programmatic decisions, hiring, and curricular decisions in the School of Medicine, approve this hire?

Even so, couldn’t board members have conducted some cursory research into Reis’s background as a dean at other institutions? Doing so would likely have revealed the diversity “audit” at Emerson.

Of course, it is possible for board members to conduct their own research—but they are explicitly discouraged from doing so. In October 2020, the UNC board of governors (who govern the whole university system) adopted a policy that essentially forbids individual board members from conducting their own investigation on candidates. The revised policy states that members shall:

Not undertake reviews, background checks, investigations, or any other assessments of University employees or candidates for University employment unless duly and explicitly directed to do so by the president, by the chief executive officer of the employing institution, or by the Board of Governors.

This relatively new policy has no doubt put a damper on board members’ interest in conducting any supplemental research before casting their votes on a given issue.

Does the direction to “not undertake reviews, background checks, investigations, or any other assessments of University employees or candidates” mean that board members shouldn’t even conduct a Google search on an applicant? Board members have the duty to perform due diligence before making any of the serious decisions that come before them. Especially because members have no sources of information other than those sanctioned by the system, it is imperative that they have access to independently gathered facts. Unfortunately, the notion of relying on information from outside is unthinkable to many within the UNC system.

Even if board members didn’t feel discouraged from doing some general web research, they often have a very limited amount of time to find anything of substance. That’s because the window between when board members are informed of a matter on which they will have to vote and the time by which they must cast that vote is often extremely small.

In the case of the Reis decision, BOT members were first given information about Reis’s application materials on Friday, March 4. By that following Tuesday, March 8, members had to cast their votes. That’s barely enough time (two business days) to familiarize oneself with the materials presented, much less conduct any additional research. Two days’ notice is simply not conducive to good decision-making.

It will likely never be known whether UNC staff were more preoccupied with getting Reis an official stamp of approval than with thoroughly informing the board of his academic and professional record.

Either way, the board should keep a close eye on the School of Journalism to ensure that the upcoming classes of journalists, and their professors, aren’t pressured to adhere to the dictates of “multicultural values,” “diversity, equity, and inclusion,” or any other form of cloaked ideological conformism.

Shannon Watkins is the research associate at the James G. Martin Center for Academic Renewal.