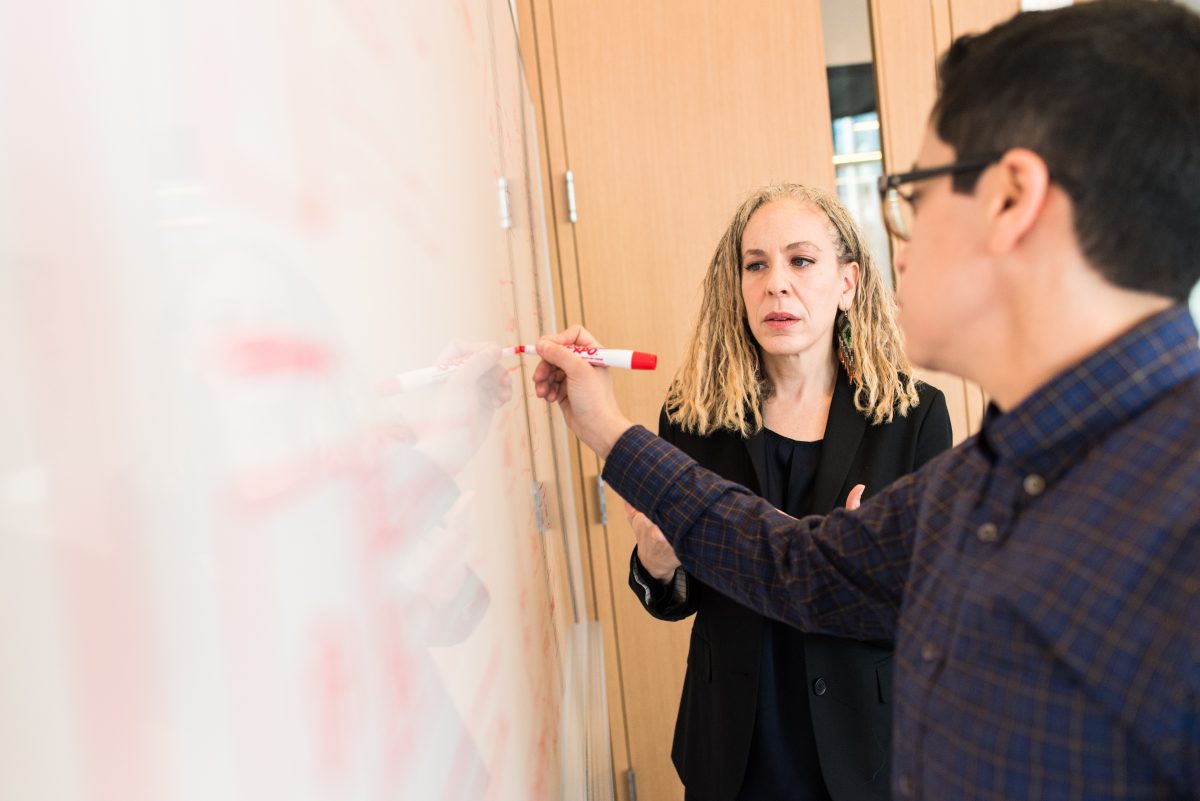 Former Harvard president Derek Bok has long lamented that our institutions of higher education largely underperform in their missions. He has now written another book making that argument. His Higher Expectations is a coolly rational analysis of what needs to be done to improve American undergraduate education.

He uses as his frame a study by the American Association of Colleges and Universities about the skills and capabilities 21st-century college graduates will need, and then considers each in its own chapter: civic responsibility; global worldliness; ethical standards and personal responsibility; finding purpose and meaning in life; and interpersonal skills. The last few chapters are about the improvement of teaching and strategies to encourage institutions to reform themselves.

The book is targeted at academic administrators, for whom Bok’s careful analysis will be a valuable guide to what is actually known about issues on which opinions are strong, varied—and largely unfounded. A dean confronting a pattern of student anxiety and depression, for example, and wondering if courses in positive psychology are helpful or just a passing fad, will find as good an answer as can be had, even if it is inconclusive. 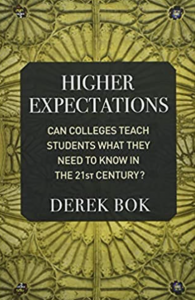 Bok has much to say on the deficiencies of American college education. He argues that in civic education they need to do much more. He points to “the unwillingness of most colleges to include a single required course on the basic principles of American government—how it functions, its strengths and weaknesses, the role of citizens and their effect on public policy, and the reasons why government behaves as it does.”

Similarly, colleges do little to help students develop ethical principles. He notes a survey of young adults where the researchers concluded that most had “very primitive views about ethics.” Among them, most thought that “moral principles are matters of personal opinion and that one cannot judge the morality of others.” Not surprisingly, cheating and plagiarism are rampant, but schools are doing little to develop their students’ integrity.

The guiding light of the book is the author’s determination that higher education should be ruled by reason and informed by research, conducted as impartially as possible. Bok observes that cognitive psychology has shown how colleges could do much more to help students develop the skills and qualities that would improve their lives.

Looking at this as a former academic administrator, why should that seem like such a radical idea and so unlikely to happen?

At a minimum, there is reason to doubt that the educational goals Bok enumerates would be accepted by faculty whose reputations are based largely on their research, visibility, and the professional standing of their departmental colleagues. At worst, we may ask ourselves here in the third decade of the 21st century whether, even in universities, reason and truth are the values that will govern how our affairs are to be conducted.

Bok carefully breaks down the spectrum of higher education institutions, recognizing that solutions that might improve community colleges may not work at four-year liberal arts colleges or research universities. It does seem likely that some of his solutions may be more feasible in institutions where the teaching faculty can be more easily pushed around. But he spends more than a proportionate share of his energies thinking about the research universities in which he spent his career, and it is there that the prospects for his agenda seem bleakest.

He observes with optimism that many universities have found religion on the importance of undergraduate education and are devoting resources to programmatic improvements and centers for research and training. Unfortunately, such institutes, even if successful, stir resentment among faculty witnessing bureaucratic growth while ladder faculty growth is constrained.

And such initiatives have another downside. Without committed faculty buy-in, improved undergraduate education through structures not based in academic departments relieve ladder faculty of their responsibilities for teaching and mentorship of undergraduates, exacerbating the very pathologies these structures were meant to cure.

Here Bok makes his one startling suggestion. As part of his discussion of the great expansion in the number of non-tenure-track instructors, many of them subject to poor working conditions, little job security, and no employment benefits, Bok offers, “The optimum outcome would be to create a carefully selected, full-time teaching faculty primarily for the first two years of college.”

Bok is untroubled by the prospect of a two-class professoriate, even though that experiment has failed where it has been tried in the past. Bok would probably counter that we have a two-class faculty anyway and should recognize it as such. Indeed, he sees this division of labor as a win-win. Not only would the professionalism of the teaching faculty be improved, he argues, but “tenured and tenure-track professors would lose little and even gain advantages from the arrangement,” since those who wanted to pay attention to undergraduates still could, while those who didn’t could focus on their real interest—research and in teaching more advanced students.

Bok is probably correct when he suggests that four-year liberal arts colleges may be the most fertile ground for drastic educational reforms such as this. Students choosing the undergraduate programs of research universities, no matter how underprepared and intellectually indifferent, are reaching for the stars, and would react poorly to orbiting for two years in an academic asteroid belt.

Another problem with Bok’s two-tier proposal is the extraordinary range of academic preparation among today’s undergraduates, on which I have commented previously on this site. As all institutions have sought to enroll students from a greater range of socioeconomic and geographic backgrounds, the concept of a course at the “freshman level” or even “mainly for seniors” has lost meaning.

The variance in the quality of high schools sending students to college has grown, and so has the variance in the preparation of matriculating students: Some need remediation even to take first-year courses, while others have such advanced preparation in scientific fields that they could start graduate school immediately were they not looking for an education in the liberal arts.

But the elephant in the room, which Bok barely mentions, is the primacy of research: That for all the earnest protestations universities make about the centrality of undergraduate education, their ladder faculty are selected and rewarded principally for research quality and productivity, with teaching—and more broadly, commitment to education—of at best secondary importance.

The shift toward research since the middle of the last century needs no explanation here, but Bok has missed an opportunity to give a pep talk on the importance of educational values among the ladder faculty. When Bertrand Russell visited American universities in 1914, he found them wanting in “blind instinctive devotion to ideals dimly seen, regardless of whether they are useful or appreciated by others.” If he were to return, he would find American universities massively advanced in scholarship, and little changed in their lack of motivating idealism.

In his defense of the two-faculty model, Bok observes that of course the teaching faculty won’t be paid as much as faculty who publish because the competition for them will not be as intense. This is both an oversimplification and too ready a concession. Some faculty who are active researchers are full participants in undergraduate education and some aren’t. Are there no prospects for increasing the ratio of the first group to the second?

Before trying to institute any of the worthy reforms Bok suggests, university leaders would be wise to address the conditions that perpetuate educationally retrograde cultures. Significant progress could be made without moving academic graveyards.

If a couple of respected scholars visibly left their doors open, rather than trying to hide from students, the assistant professors would do so too, and eventually their behavior would be normative. If even a few tenured professors were to display the infinitesimal modicum of moral courage required to resist conformist orthodoxies promulgated by university officials, students too would feel, as William James put it, that “the university most worthy of rational admiration is one in which your lonely thinker can feel himself least lonely, most positively furthered, and most richly fed.”

But such nudges require spiritual buy-in from the leadership. At the most basic level, undergraduate education will be hard to improve if faculty do not see themselves, at least in part, as members of a service profession.

We academics seek to find the truth, to create new knowledge, and to pass on the human cultural inheritance not only because we enjoy it and are paid to do it, but because that is our professional ethic. We are clergy in the cathedral of reason, not just its employees. We have responsibility for the preservation of our institutions, not just for the advancement of our disciplines.

Higher Expectations is full of good ideas about ways to make undergraduate education both beneficial and useful to the next generation of citizens and leaders. University faculty and leaders will surely react defensively, even dismissively, but the more candid among them will take Bok’s wise and experienced critiques seriously. It will take inspired leadership to persuade the faculty that the problems Bok addresses are important ones for universities to solve.