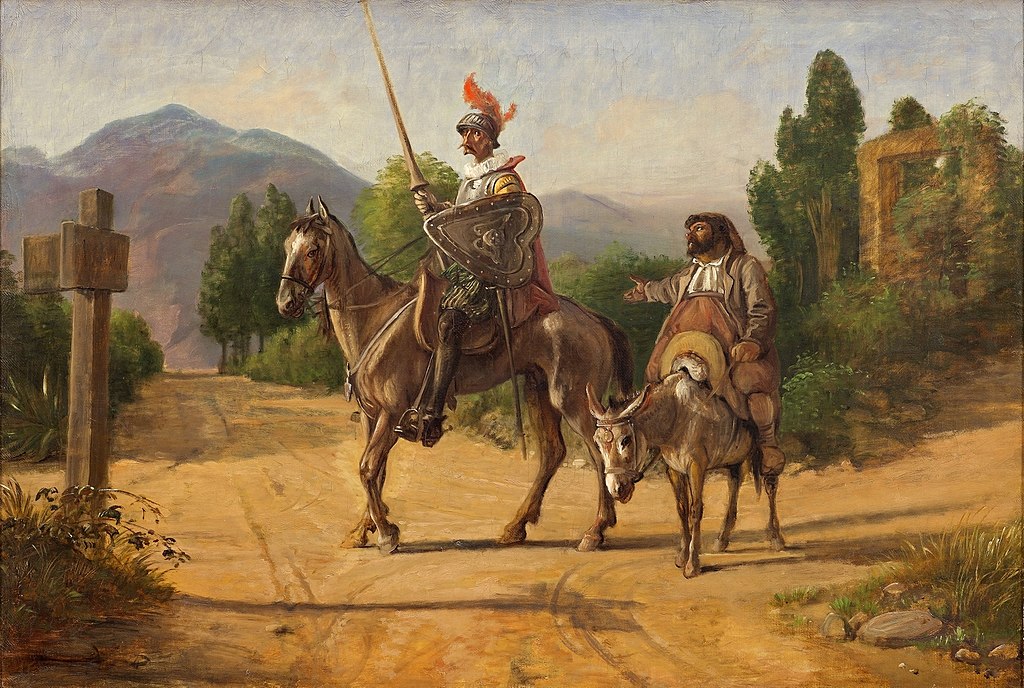 The fight for “equity” in higher education is a story-driven project.

As the Annie E. Casey Foundation explains, “To illuminate racism, we need to ‘name it, frame it and explain it.’” This process is essential because “a common language creates a narrative that makes it easier to communicate the commitment to racial equity…and creates a platform for coordinated work toward equitable outcomes.”

The “narrative” is essential because stories shape our values and vision of the world. As Jonathan Gottschall explains in The Storytelling Animal, whether they concern historical or religious or completely fictional characters, stories encourage us to do the right thing, to make a difference. Reading Harriet Beecher Stowe’s Uncle Tom’s Cabin, for instance, reputedly inspired many to fight against slavery in the American Civil War.

Yet taking stories as a guide to the world can be equally problematic, as Miguel de Cervantes portrays in Don Quixote. His protagonist goes “mad” from reading books of chivalry, which shape his perceptions of reality and give him a sense of purpose.

Imitating his heroes, Don Quixote becomes a knight errant to fight oppression and demonstrate his virtues.

Or so he thinks.

Consider the episode in which he and his “squire” halt in their ride across a plain:

“Look over there, friend Sancho Panza, where more than thirty monstrous giants appear. I intend to do battle with them and take all their lives. With their spoils we will begin to get rich, for this is a fair war, and it is a great service to God to wipe such a wicked brood from the face of the earth.”

While Sancho Panza insists that they are windmills grinding grain, Don Quixote sees only giants. Intent on destroying what is an essential resource for the countryside, he charges. The mills’ sails shatter his lance and send him tumbling.

Don Quixote’s errors foreshadow those of today’s knights errant: the “equity practitioners” for whom a new narrative of “inequity” has given purpose. Like Don Quixote, they see oppression everywhere, especially within higher education. And like Cervantes’s knight errant, they are determined to destroy the supposed villains.

Yet their narrative of “inequity” distorts history and the reality of its supposed victims.

In attacking higher education, they charge imaginary giants. And if they succeed in their goal—equal outcomes for all groups—they will only mangle the institutions that benefit us all. To resist, we must understand not only “equity” but its practitioners’ path toward achieving results in the inevitable way of all social planners: force.

Don Quixote gains his ideals of chivalry from reading “books of knight errantry.” Equity practitioners have access to a greater range of media, but the nature of their inspiration is the same: sources that not only define an ideal but shape a narrative about it.

The Oxford English Dictionary dates the earliest use of “equity” from 1315. For many centuries thereafter, it meant “the quality of being equal or fair; fairness, impartiality; even-handed dealing.”

While “fairness” remains central to “equity,” many practitioners insist that it entails creating equal outcomes across different social groups. In practice, that means treating groups partially, as in holding Asian Americans to higher standards than other races in college admissions. Or it may mean lowering expectations and reducing opportunities for all groups, as in Loudoun County, Virginia’s recent decision to eliminate accelerated mathematics courses before grade eleven in order to achieve “racial equity.”

Yet, as Thomas Sowell observes, “The rhetoric of clever people often confuses the undeniable fact that life is unfair with the claim that a given institution or society is unfair.”

Perhaps the cleverest rhetoric appears on the website of the Annie E. Casey Foundation: “Equity involves trying to understand and give people what they need to enjoy full, healthy lives.” It is “a structural and systemic concept” designed to sustain social justice.

With circular logical, the Foundation concludes that “equity” becomes “a dynamic process that reinforces and replicates equitable ideas.”

The resulting “equitable” narrative appears in sources such as the recent book From Equity Talk to Equity Walk: Expanding Practitioner Knowledge for Racial Justice in Higher Education.

The authors maintain that the United States enslaved and colonized populations, usurped territory, and committed genocide, leading to the marginalization of populations and educational injustices. To be “the just and good society we imagine ourselves to be,” they say, higher education must therefore “make whiteness be seen as the problem that undermines higher education from serving as a societal model for racial justice.”

Such narratives focus the lens through which one views the world. If Don Quixote’s chivalric romances encourage him to see knights and fair ladies, equity practitioners observe only the racism that drives their narrative of higher education.

In From Equity Talk to Equity Walk, the authors present a range of scenarios demonstrating racism and their equitable corrections. For instance, they imagine a math department where the department chair notices that “a large number of African American and Latinx students who are placed in the department’s basic skills math course do not proceed to credit-level math courses.”

The wrong response from a professor is, “I don’t care whether they are black, white, or purple.” But his color-blindness is not a virtue: It means the professor “is essentially refusing to see the student.”

The “Equity-Minded Response” is to examine the disaggregated course success rates and to “help instructors better understand what aspect of their pedagogy might be changed to help ensure equitable outcomes.”

But the narrative renders it impossible for equity practitioners to see reality. As Thomas Sowell warns, “Many issues are misconstrued, not because they are too complex for most people to understand, but because a mundane explanation is far less emotionally satisfying than an explanation which produces villains to hate and heroes to exalt.”

For equity practitioners as for knights errant, people frequently fall into categories of villains and heroes rather than possessing individuality. Don Quixote, for instance, encounters a coach and a cluster of monks on the road but sees “enchanters bearing off in that coach some princess they have stolen.”

The equity narrative likewise encourages practitioners to see races rather than individuals. In fact, the very idea of individualism is dismissed as racist. As the Smithsonian’s National Museum of African American History and Culture noted last year, individualism is among the “Assumptions and Aspects of Whiteness & White Culture in the United States.”

Such narratives have power over their readers. Equally important, their practitioners not only adhere to them, but insist that others do, too.

Consider Don Quixote’s insistence that the members of a caravan “confess that there is not in the whole world a more beauteous maiden than the peerless Dulcinea del Toboso.” The merchants agree to do so if they might see her:

“If I were to show her to you,” replied Don Quixote, “what merit would there be in your confessing so obvious a truth? The essence of the matter is that you must believe, confess, affirm, swear and maintain it without seeing her.”

Like Don Quixote, advocates of “equity” insist that others agree with all of their premises. If not, they are wrong, and argument only reveals bias. Yet to refuse to engage is to reveal their “white fragility.” Those who resist must be punished, re-educated, and publicly shamed.

Don Quixote, of course, never heard of cancel culture and couldn’t ruin someone’s career using tweets. He uses force directly, advising the group who question Dulcinea’s superiority that they must confess her merit: “If you will not, you must do battle with me, monstrous and proud crew.”

Such force is always the endgame for those who insist on unquestioning agreement. It is evident in the firing of teachers who refuse to shame students for being born white. And force is the unacknowledged result of the Annie E. Casey Foundation’s insistence, “Equity involves trying to understand and give people what they need to enjoy full, healthy lives.” Who will give? From whom will it be obtained, and how?

And now, like Don Quixote’s audience, those of us in higher education have two choices: agree or “do battle.” If we agree, we must accept a world of forced “equality” by the modern knights errant of equity. We must agree to accept their definitions, their vision, their categories, their force.

Successful resistance will require a different narrative.  Ours should be that forced equality always fails but freedom enriches everyone. Let’s tell it.

Caroline Breashears is Professor of English at St. Lawrence University. She is the author of Eighteenth-Century Women’s Writing and the “Scandalous Memoir” (Palgrave Macmillan, 2017).

Tilting at the Windmills of ‘Inequity’