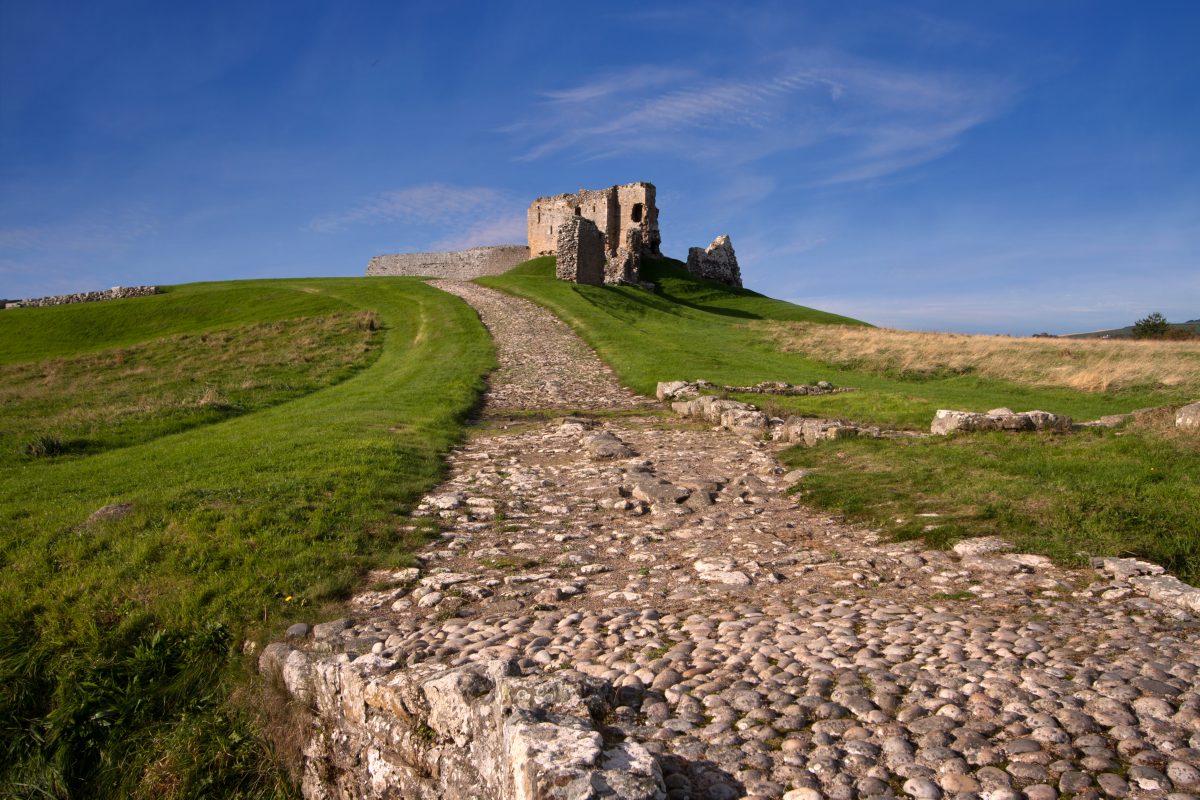 A few years ago, my friend Sheila recounted an incident of alleged racism she experienced at a café in California. While waiting in line to order a coffee, a barista took the order of an older white woman first. The barista didn’t refuse service to Sheila and was polite when she finally took her order. To my surprise, the only potential slight was that in a moment of uncertainty, the barista took a white woman’s order before my friend, who is African American.

What this anecdote shows is how a reasonable interpretation can become unreasonable when interpreted through a framework that rejects alternative explanations and assumes epistemic authority based on one’s identity. Academic frameworks like critical race theory and intersectionality take anecdotes like the above and use them to stifle good-faith debate.

One way that happens is by using the motte-and-bailey fallacy. One modest and easy-to-defend position (the motte) is replaced by a much more controversial position (the bailey). A person will argue the bailey, but then replace it with the motte when questioned.

For example, a key concept of critical race theory and the broader social justice movement is the notion of lived experience, which means that marginalized people have better access to knowledge about their own experiences of oppression than privileged people do. On the surface, that seems quite reasonable. A white person can never know how it feels to be called the n-word, and a man might be oblivious to how it feels to be a woman in a male-dominated profession. Sexism and racism do exist, so it seems reasonable to assume that members of the majority are less likely to recognize such prejudices.

However, the proponents of critical race theory and intersectionality do not stop there. Smuggled into their notion of lived experience is an adherence to the more controversial “standpoint epistemology,” a postmodern theory of knowledge that rejects reaching for objectivity and argues that marginalized people have authoritative knowledge about complex systems of oppression and society itself.

For example, a colleague of mine at a Swedish university cited his lived experience when he argued that critics of Sweden’s immigration policies are all racists and should be banned from speaking at universities.

When I told him that his lived experience was just anecdotal—that there is no way he could generalize about millions of people based on a few bad encounters—he doubled down and replied, “that’s a very white male thing to say.” Initially, I worried that I wasn’t sympathetic enough to his experiences as an immigrant, despite being one myself. However, I now realize that I was being emotionally manipulated and shamed into silence through a very clever bait-and-switch. These tactics are not part of a good-faith debate, but rather a rhetorical strategy to claim epistemic authority and gain power.

Retreating to the motte of lived experience is a manipulative tactic that the disciples of the social justice movement use to exploit compassionate peoples’ desire not to offend others. The motte-and-bailey allows pseudo-academics and activists to shut down important discussions without making an argument or citing any credible scholarship or data. It also allows them to drown out well-reasoned arguments with selective anecdotes, emotional appeals, shaming tactics, and religious zealotry.

The idea that suffering brings enlightenment—that a class of “woke” individuals will lead us to the promised land with their “revealed knowledge”—has much more in common with religious mysticism than academic inquiry. In an age when we are dealing with increasingly urgent and complex issues such as climate change and a global pandemic, well-reasoned arguments have even greater importance. Personal experience doesn’t need to be ignored, but a personal anecdote cannot be a substitute for data and honest debate.

Marginalization does not mean those who suffer will know the best policy to fix a social problem.

Much like how a cancer survivor can express how it feels to have cancer better than their doctor could, minorities may have a greater understanding of how it feels to be marginalized—but this does not automatically grant them a better understanding of complex social systems and other external causal factors. Nor does it make their own intuitions infallible or grant them insight into other people’s intentions. Most importantly, marginalization does not mean those who suffer will know the best policy to fix a social problem.

Experience can be the starting point of an investigation. An anecdote can be a powerful illustration of a known phenomenon. But the adherents of standpoint epistemology skip the investigation part and treat selective anecdotes as unquestionable facts. No attempts to falsify their explanations are made, and, like my friend Sheila, no counter-arguments or alternative theories are considered. To even propose another explanation is to engage in white supremacy, or systemic racism, or epistemic violence, according to this critical approach. In fact, at a recent MLK commemorative address, antiracist guru Ibram X. Kendi claimed that the very denial of racism is a strong indicator of its existence.

Yet, in their rejection of other explanations, Kendi and others disprove their own theory.

The lived experience of other minorities who, for example, do not believe that they are still living in a white supremacist hetero-patriachy, are not acknowledged. Nor do they consider the experiences of many women who were born with female bodies and who believe this may play a role in how they experience their gender.

Like any dogmatic belief system, critical race theory has a built-in confirmation bias. It perpetuates racial essentialism by teaching whites that all minorities think the same. But despite being antithetical to science and reason, it has gained traction in academic and political circles. For example, when recently asked by Trevor Noah what she would bring to a Biden White House, Kamala Harris cited her identity as a “Black woman” and replied: “Joe understands that he and I have very different lived experiences.”

To stop the critical takeover, it is important for educators to tread carefully when unpacking any claim rooted in these grievance narratives. That means critiquing the bailey of standpoint epistemology while respecting the lived experiences of both students and academics. Acknowledge that racism or sexism might have occurred, but gently encourage students to consider other explanations as well. Focus instead on the methodology being used rather than the conclusions that are reached.

Most importantly, try to draw a clear distinction between personal testimonies, selective anecdotes, and scientific data. Invalidating the experiences of others will only lead them to become defensive or feel marginalized. Introducing them to other ways of thinking about their experience, though, opens up a possibility for learning more about the world, as well as imparting wisdom for their future.