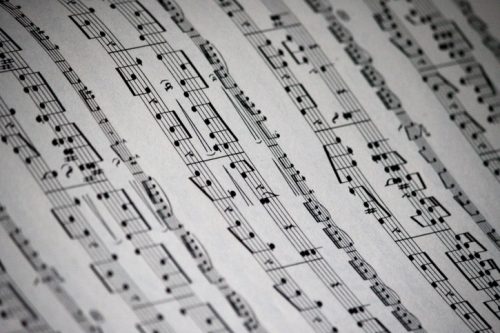 “Woke” academics have taken to attacking almost everything that’s traditional in our culture. Math and science are denounced for their “whiteness,” and Shakespeare has to be replaced by writers from “marginalized groups.”

Now, it’s music that is on the chopping block.

As reported in The Post Millennial, “woke” professors at Oxford University are advocating a ban on the use of sheet music as well as an end to the curricular focus on classical European composers—lest the institution continue to be complicit in “white supremacy.”

In response to international Black Lives Matter demonstrations, a faculty board aims to overcome “white supremacy,” which includes the use of musical notation, which it calls a “colonialist representational system.”

Continuing to teach notation, the board contended, would be a “slap in the face” for some students because of its “connection to its colonial past.”

Additionally, the board proposed, music students should be allowed to skip acquiring musical skills such as playing the keyboard or conducting orchestras because the orchestral and keyboard repertoire “structurally centers white European music,” which causes “students of color great distress.”

Of course, that “great distress” is merely asserted. Somehow it did not derail the careers of great performers like Andre Watts.

Clearly, given the board’s premises, its proposals don’t go far enough in expunging white supremacy from the university curriculum. If musical notation is an instrument of white hegemony that needs to be expunged from the curriculum, what about reading any sort of written texts—books, newspapers, the whole works, produced ever since the art of writing was invented.

After all, the art of writing was never indigenous to sub-Saharan African society (aside from its Islamic conquerors), or of the “indigenous” inhabitants of North America (north of the Aztec empire), or their counterparts in Australasia and Oceania. But if the study of books is to be eliminated, just what function is left for Oxford, Cambridge, or any of the world’s institutions of higher (or for that matter, elementary and secondary) education?

The game of expunging every aspect of so-called Eurocentrism is one that can be played without end. In this connection, however, it is worth considering, by way of contrast, an 1849 essay called “The Destiny of Colored Americans” by the great ex-slave, abolitionist, and post-Civil War agitator for civil rights Frederick Douglass, in his periodical The North Star.

At a time when many Northern opponents of slavery (including, for a while, Abraham Lincoln) thought it necessary and inevitable that once millions of black people were emancipated, they should be returned to Africa, as had already been done with some 30,000 in the new nation of Liberia, Douglass responded, in effect (anticipating a popular chant of antiwar protestors of the 1960s) “Hell no, we won’t go!”

While white advocates of repatriation and colonization in Africa found it unimaginable that millions of ex-slaves could live as free men among their former oppressors in the South—given the prejudices and even hatreds that would persist between the two races–Douglass insisted that the United States “must continue to be the home of the colored man so long as it remains the abode of civilization and religion.”

Emphasizing the contributions that black people had made for centuries to America’s prosperity, and the country’s continuing need (after emancipation) for their labors, Douglass responded to the colonizers by writing, “We are here, and here we are likely to be…We can be modified, changed, and assimilated, but never extinguished. We repeat, therefore, that we are here, and that this is our country” (Douglass’s italics).

Douglass argued that the demonstrated capacity of black people to endure greater hardships than America’s indigenous inhabitants without thereby being led to “spur[n] the civilization” of their oppressors as the Indians did made it a “settled” point “that the destiny of the colored man is bound up with that of the white people of this country.”

What most obviously distinguishes the position of Douglass from that of contemporary would-be de-constructers of European civilization in the name of “antiracism” is that unlike them, he was not a cultural relativist—that is, someone who thought that emancipating black people from slavery and discrimination entailed rejecting Western civilization as somehow a mandate of racial pride.

While no one fought more firmly and courageously for the rights of black people, Douglass saw no contradiction between that struggle and an appreciation of both the civilization and the religion that the Western world offered to its inhabitants.

If we are to reject any cultural, scientific, or religious achievements that don’t originate with “our own” racial or ethnic traditions, why should any “white” person whose ancestors weren’t Greek study Plato? If we didn’t descend from Britons, shouldn’t we reject Newtonian physics? Why should a Jew like me have anything to do with the writings of Christian authors like Dostoyevsky?

For that matter, what business do Europeans and their North American descendants have using Arabic numerals, in view of the Arabs’ having conquered Spain and other parts of Europe a millennium ago? Or alternatively, isn’t such usage a form of illegitimate “cultural appropriation?”

To return to the Oxford professors’ project, I would like to conclude by quoting the response of one of my best current students, Donald Anthony Cash, a double major in political science and music, and hails from Nashville, the home of American country music:

As a music major, I respond that they can take sheet music out of my cold, dead hands. Sheet music has allowed many black composers and African American spirituals (among other musical genres developed by African Americans, such as jazz and Gospel) to gain prominence in majority-white countries like the United States. Sheet music was invented by the Catholic Church in the Middle Ages so as to preserve hymns and standardize music across the ethnically diverse continent of Europe, not as “a tool of white supremacy.” Sheet music enabled women like Clara Schumann and Hildegard of Bingen to gain prominence in times where women were not often composers.

Additionally, if sheet music is white supremacy, then successful black composers like André Thomas, Rosephanye Powell, Ysaye Barnwell, and Andraé Crouch would also be complicit. There is a place in the university to learn about different musical traditions across the world that don’t use notation, but saying that sheet music is a form of white supremacy is just ridiculous.

It appears to me that both Donald Cash and Frederick Douglass have a good deal to teach those supposedly “woke” Oxford dons that might help awaken them from what is really their dogmatic slumber.

And that goes equally, of course, for those who aim to destroy the classic liberal arts curriculum in all its manifestations here in America.

David Lewis Schaefer is Professor of Political Science at College of the Holy Cross in Worcester, MA. He is author of The Political Philosophy of Montaigne (Cornell University Press, 1990; rpt. 2019) and of Illiberal Justice: John Rawls vs. the American Political Tradition(University of Missouri Press, 2007). He is a three-time NEH Fellow.