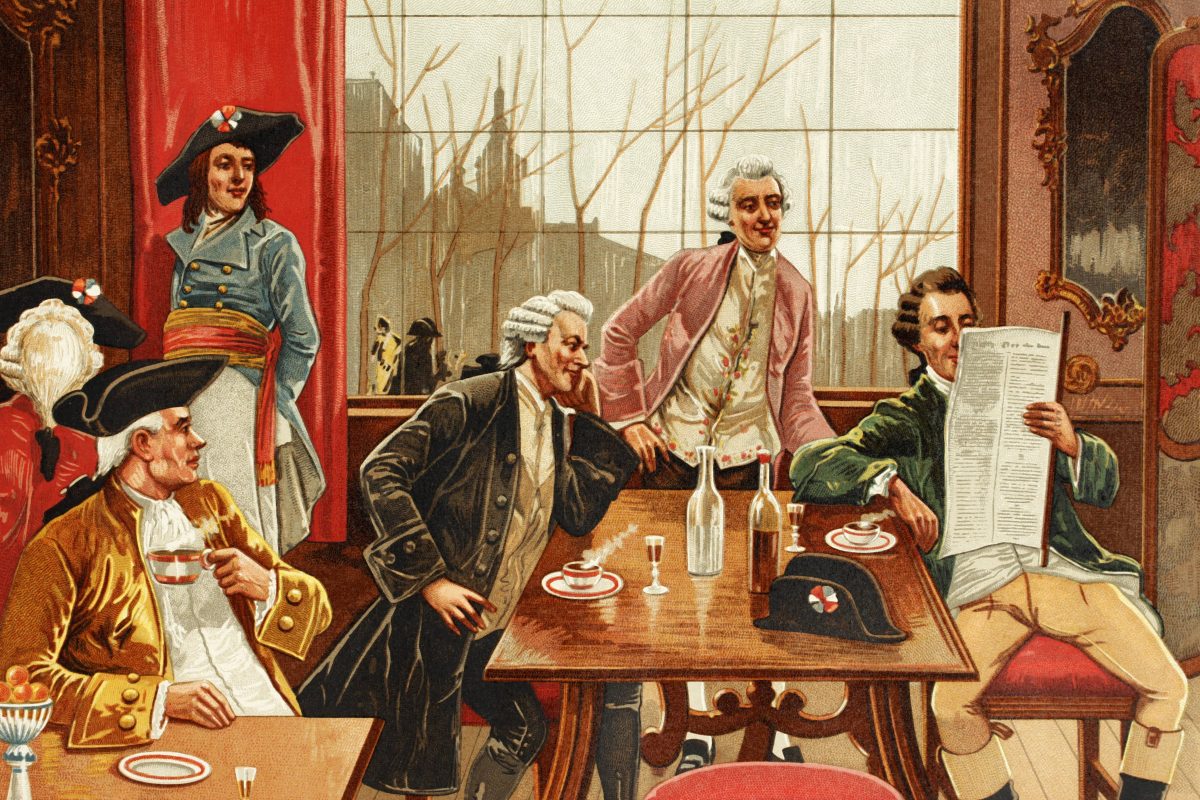 Two recent stories that dominated academic Twitter were the cancellation of the Western Art History course at Yale and the incorporation of the 1619 Project in the school curricula in Buffalo, New York and Washington DC. Though political centrists on Twitter were outraged, no one noted that those two incidents are thematically similar. Without understanding the connection, fighting back against indoctrination throughout the education system will be impossible.

Consider the situation at Yale. Yale’s administration ended a decades-old course on the Western canon because it is arguably too big a field to cover. The course, “Introduction to Art History: Renaissance to the Present,” was once taught by authorities like Vincent Scully but has caused “unease” among some students and faculty because it is an “idealized Western ‘canon’—a product of an overwhelmingly white, straight, European and male cadre of artists.”

Putting European art “on a pedestal” is “problematic,” as every genre and tradition are “equally deserving of study,” according to Tim Barringer, chair of Yale’s art history department. He elaborated: “The class will also consider art in relation to questions of gender, class and race” and discuss its involvement with Western capitalism. Art’s “relationship with climate change” will also be a “key theme.” Incidentally, the course was extremely popular among students, a significant number of whom were disappointed and dissatisfied with this sudden change.

In DC and Buffalo, the situation is similar, but in reverse. As the NPR report notes, the heavily criticized and flawed 1619 Project, a revisionist history about the American founding, will be a mandated part of the curriculum for 7th through 12th graders, teaching students that the American founding was predicated on slavery, not emancipation from monarchic rule. But that isn’t all. The project, essentially spearheaded by non-experts and activist journalists, also argues that “plantation economics led to modern corporate, capitalist culture and how post-Civil War politicians blocked universal health care because they opposed medical treatment for recently-freed slaves.”

Are those structural changes reflective of student-driven radicalism? While it is fair to claim that campus radicalism has increased in recent years, the evidence to the claim that they are student-driven remains sparse. On the contrary, most structural changes and campus activism are led by a section of activist faculty, who in turn take advantage of students to use them as pawns or justifications to ensure a radical agenda.

Consider the evidence from just one week of news. There’s a push for banning military presence at freshers in Cambridge University, led by university bureaucrats and political union leaders; and another push to ban a centuries-old student club for failing diversity quota at Oxford. A climate action group led by faculty and activists in the United States want the Big Ten schools to divest from fossil fuels and move toward carbon neutrality. And Berkeley rejected “76 percent of qualified applicants without even considering their teaching skills, their publication history, their potential for academic excellence” for failing to adhere to university standards for a commitment to diversity.

None of those efforts are student-led. Nor are the faculty-led “open letter” campaigns and petitions—almost always started by activist-academics, who lead campus and student activism, sometimes causing de-platforming and violence.

It is unsurprising that, in the Yale and Buffalo cases, there are also top-down restructuring attempts, pushed by a section of activist media and academia, to craft a narrative without regard to students or taxpayers, an ongoing phenomenon. One of the persistent claims is that only a small minority of academics are radical and oppose free inquiry, and that there is no indoctrination in academia.  That claim, as data suggests, is debatable, but the larger problem is when these small groups are successful in restructuring the academy and the majority stays silent because it is not worth the personal risk to try to stop them.

The bigger question, therefore, is ideological. To understand the root causes behind that top-down restructuring, one needs to understand the ideological underpinnings in the academy. Since the publication of The Authoritarian Personality in 1950 by Theodore Adorno in which the Marxist and critical theorist created a scale to determine authoritarian traits among individuals, the academic left has treated genuinely conservative instincts (nationalism, trust in hierarchy, economic conservatism) as signs of fascist sympathy. Anything related to the classical Western canon was seen as suspect, be it art, architecture, or conservative Western values. That destructive idea formed the backbone of the Critical Theories influential in the 1960s and served as the foundational basis for the queer, feminist, racial, social, and gender theories that permeate Anglosphere academia. Adorno’s influence drives the 1619 Project and Yale’s cancellation of its Western art course.

Ultimately, the aim of canceling or changing those courses are subversive, divisive, and revolutionary.

Ultimately, the aim of canceling or changing those courses are subversive, divisive, and revolutionary. They’re a radical reshaping of a unifying historical narrative, a way to reshape society as early in the educational system as possible. Both actions are driven by a section of activist-academics. Both want to negate and critique Western history. Both are sharply critical of capitalism. And both want to replace the dominant historical narrative with an alternate, relativist version. Get rid of Michelangelo, Aivazovsky, and Bernini in favor of a banana taped to the wall and Santhal tribal weaving patterns.

Replacing the historical narrative would also normalize the idea that every development of ideas from representative democracy to freedom of speech, the rule of law, and private property was strictly predicated on “capital,” an ahistorical and flawed argument. That reframing isn’t new; similar projects were tried before, most recently on the grandest scale in the Soviet Union. Reframing history is fundamental to indoctrination.

To view those acts as separate, limited in scope, and unique is, of course, an insult to intelligence. At least academic leftists in charge of higher ed are honest about their intentions, compared to a section of “centrists” who pretend they are baffled by everything that’s going on around. And it is unlikely that any reform would come from within the academy.

For example, a recent open letter against transgender activism by 30 British academics drew a counter open-letter campaign by over 3,000 academics. The radical ideological conformity within the academy, which is determined to reshape the dominant narrative, combined with the bureaucratic culture, which incentivizes further radical top-down restructuring, can only be confronted by external counter pressure. But without understanding the theoretical underpinnings behind such radicalism, it would be impossible to debate or formulate any future policies.​

Sumantra Maitra is a doctoral scholar at the University of Nottingham, UK; he is a columnist for Providence Magazine, and a senior contributor to The Federalist.