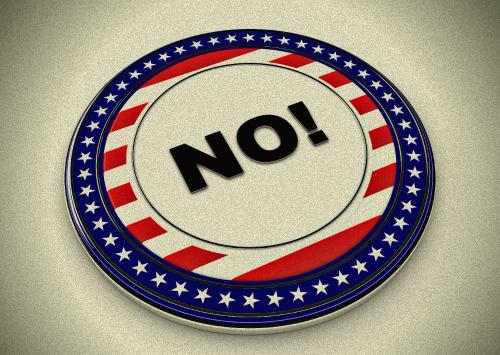 Editor’s note: This is the first part of an essay on how to restore ideological balance in universities without affirmative action for conservative scholars. The second part can be found here.

Legislating a problem away is an extremely tempting option, when available. Why not try to fix the most intractable problem in public higher education—its intensifying politicization—with a single stroke of a pen, if you hold the ultimate authority through legislative majorities?

And so, the cry arises to institute affirmative action for conservative scholars in academia. At first glance, it seems to satisfy the need to rebalance the Ivory Tower from its leftward lurch, but such legislative overreach is actually a desperate act that should be employed only if less extreme measures prove ineffective.

That universities are politically one-sided is beyond question today. Whether one looks at voter registrations or faculty publications, or merely scans online headlines to see how academia keeps pushing further to the left, the radicalization is all too obvious. The problem is most pervasive in those disciplines that are concerned with culture, politics, and society; academia at times seems intent on driving a polarizing wedge into the American people with little concern for what may happen when the nation is ripped apart.

And self-correction on a sufficient scale seems unlikely; once an organization achieves a critical mass of one-sided opinion, there is little hope of turning back. Even schools that have had huge negative impacts (severe drops in enrollment) due to their politicization, such as the University of Missouri at Columbia or Evergreen State University in Washington, stand firmly committed to their liberal ideologies.

There are a few indications that some in academia are acknowledging the problems caused by an overarching intellectual conformity. Several colleges known for their extremely liberal climates, such as Warren Wilson College or Wesleyan University, are deliberately seeking conservative faculty and students to restore a diversity of views on campus. And some liberal scholars are speaking out against the growing assault on free speech, such as Jonathan Haidt of New York University.

While voluntary reform from within would be best, it is unlikely that highly liberal colleges will do much more than add a few conservative voices—the majority of faculty and staff are too committed to their ideologies to allow conservative thought to thrive and become a powerful force on campus.

Why Affirmative Action For Conservatives Is Not Yet Desirable

Given such intransigence in the face of the clear and apparent need for change, it would seem sensible for state legislators to mandate that universities provide a balance of views on campus. This year, a bill was introduced into the Iowa Senate that called for:

… consideration of political affiliation and balance in the employment of faculty at institutions of higher education governed by the state board of regents. (The bill stalled in committee).

Yet, such “quick fix” solutions may cause more problems than they solve. The academic ideal is to promote the spirit of open inquiry and the free market of ideas, a sentiment that has the support of right-thinking intellectuals on both sides of the political aisle. Legislating the inclusion of specific views in public universities will undermine that openness; it may seem reasonable when addressing the lack of conservatives on campus but could set a disastrous precedent should a shift to the left in state electoral politics occur.

Furthermore, the actual hiring would still be in the hands of liberal or radical academics faculty and administrators. If they chose to resist the imposition of quotas for conservative faculty—an act they would likely view as tyrannical—they could effectively neutralize the intent of affirmative action policies by hiring the candidates who would be the least effective voices for conservative ideas, as is routinely done in the media (with centrists such as David Brooks and Joe Scarborough serving as house “conservatives” for the New York Times and MSNBC respectively).

Since ideological affirmative action is both inimical to open inquiry and difficult to implement, it may be better to search for alternative approaches. Fortunately, there are quite a few other options that may start academia moving back in the other direction.

Legislators have a wide variety of means for effecting change. They wield the power of the purse, control appointments to governing bodies, and affect the regulatory climate. They can defund politicized campus entities and job categories. Admittedly, there is little hope for legislators reforming academia in overwhelmingly liberal states such as California or Massachusetts, but Republicans now control 32 state legislatures and 33 governorships. If they have the will to reform, improvements can be done incrementally.

Perhaps the single most important tactic to reverse academic politicization is to bolster the influence of boards of governance. Too often, trustees, governors, or regents are mere rubberstamps for administrators; they especially shy away from any curricular or ideological matters. But that is where their input is most needed: boards must be empowered to provide some oversight in matters of hiring and curriculum. That is not to say complete micromanagement of all things academic, but to at least keep themselves aware of academic tendencies and to address egregious occurrences.

One curricular improvement under the authority of legislatures or governing boards that can make a gradual difference is demanding that schools restrict their general education programs to essential cores rather than permitting students to satisfy their requirements from a seemingly endless smorgasbord of choices that include many narrow or frivolous courses. If this laxity about general education continues, then history departments will continue to hire unserious or politicized professors.

On the other hand, if schools insist that students satisfy their general education history requirement with broad, essential courses such as American History or Western Civilization, history departments will need to hire more experts in those subjects. Experts in American History and the Western tradition are more likely to be open to conservative ideas by the nature of their interests.

Governing boards—or legislatures, if that is where the responsibility lies—also need to scrutinize top administrative appointments closely. Just assuming that because somebody has had a successful career in academia or has a proven track record as a fundraiser does not mean they will support open inquiry or the marketplace of ideas. Board members need to make sure the administrators that they hire will not bend to the radical mob that wishes to eliminate or silence conservative voices.

One possible litmus test for candidates to top administrative posts is whether they acknowledge that academia tilts to the left. If they do not admit that there is bias, given the overwhelming empirical evidence that bias exists, they are either partisan, disingenuous, naïve, or delusional, not qualities one should want to run highly influential billion dollar entities.

Board members must also assume the right to review new faculty hires and exercise veto power should there be a problem. Doing so should end complete radicalization of entire academic departments.

Another important development is for conservative parents of students to take their blinders off regarding the institutions their children attend. Too often, their impressions are of their own college experiences in the days before politicization of the Ivory Tower became stifling. The assumption that a college education is “value-neutral” as regards student beliefs is false; the minute they step on campus they are bombarded with pressure to adopt leftist values, such as an orientation program at UNC-Chapel Hill that teaches entering freshmen that “gender is fluid.”

According to Inside Higher Ed, there are signs that at least some parents are questioning their children’s college choices on political grounds. One problem is that, while such known left-wing bastions as Brown University, Evergreen State University, or Oberlin College are easily eliminated as choices by conservative parents, academia in general is liberal. Even public universities in the most conservative states are far to the left of center. A few conservative choices exist, but they are often small private schools.

Hopefully, new options and institutions will arise. Until then, parents should examine course syllabi in the humanities and social sciences for bias and mention the possibility of indoctrination. At the least, parents should question courses students enroll in and be aware of red flags, such as a focus on diversity, race, or gender. Should such courses suffer enrollment declines, there will be less need for professors specializing in them.

Conservative alumni also need to become more involved and vocal. Too often, alumni bodies allow themselves to be mere tools for administrators. Alumni magazines tend to be public relations mouthpieces, rather than informing graduates about what is really going on. Conservatives need to look at alternative sources of information about their alma maters and to form networks that spread the word and put pressure on administrations to keep a wide range of views on campus.

Alumni—and other donors—also need to either refrain from donating to politicized schools or to target their gifts to conservative campus organizations. Academic centers with explicit missions focused on conservative-oriented topics, such as capitalism or the Founding Fathers, can make a large difference at their schools.

The nation is going through a period of heightened political awareness, with an increasing realization that traditional Western thought and free market economics must be defended in academia if our way of life is to continue. If conservatives—politicians, trustees, alumni, students, and parents—work together, they may be able to restore political balance without throwing away the spirit of free inquiry through intrusive legislation such as affirmative action.