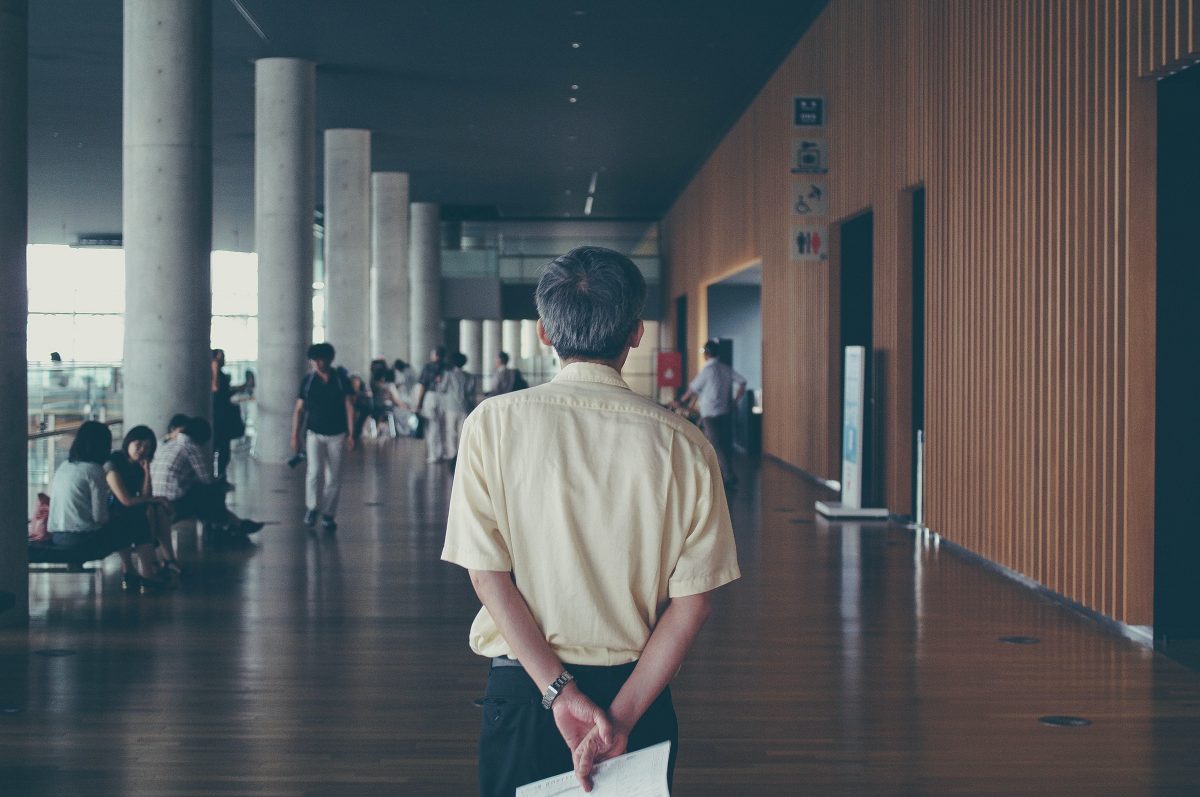 With “cancel culture” running rampant on social media, in politics, and in the classroom, professors who put forth the effort to help students think critically and challenge their beliefs are needed more than ever. Over the last 15 years at Central Michigan University, journalism professor Timothy Boudreau championed those practices in his classroom, to the benefit of both his students and the culture of free inquiry on campus.

It’s ironic, then, that after years of focusing on free speech by inviting controversial speakers with whom his students could debate and interact as a way of teaching the importance of the First Amendment to future journalists, it was Boudreau’s own quoting of another person’s speech that ended his successful teaching career.

Boudreau was fired after teaching a class on the case of a former basketball coach at his own university who was fired for his use of a racial slur in his locker room pep talks to explain how even the most disagreeable speech may be constitutionally protected. (That 1993 case, Dambrot v. Central Michigan University, is an important First Amendment case and an early defeat for public university speech codes.)

Following class that day on June 22, 2020, a nine-minute video was posted by one of his students, labeling Boudreau “racist” and criticizing his choice to quote the slur in the classroom. As is often the case on social media, a single post criticizing a professor’s speech or course content quickly became an amplified movement to have him punished or fired.

When CMU became aware of the Instagram post two days later, they responded to the student via comment from the university’s account, noting that Boudreau’s “racist conduct” would be taken seriously and investigated to “the fullest extent possible.” CMU’s provost then called Boudreau, asking that he apologize and agree never to use the term again in his classroom.

Boudreau was open to the apology and offered to “weigh very carefully” quoting the slur in future classes. But only two hours after that phone call, Boudreau was notified that he was suspended from the university pending a formal investigation.

Both the student complainant and final investigatory report, headed by CMU administrator Dennis Armistead, faulted Boudreau for not providing a “trigger warning” before quoting the slur in class—a choice that is fundamentally a matter of professor’s academic freedom. Multiple studies have suggested the ineffectiveness of and, potentially, the damage caused by such warnings.

Studies in the Journal of Experimental Psychology, the Journal of Behavior Therapy and Experimental Psychiatry, and elsewhere have found that trigger warnings do not bolster the psychological resilience of students, but may in some cases increase short-term anxiety. While the video clip of Boudreau’s class does not show him providing a warning to students, Tess DeGayner, a former student, told the student newspaper that Boudreau had provided a warning before discussion of the CMU case in a February 2020 class. Nevertheless, CMU decided that Professor Boudreau’s failure to give a warning in this instance was an unpardonable mistake.

Boudreau had faced battles of lesser severity throughout his tenure at CMU as he brought in speakers to his classes in a deliberate effort to expose his students to contrasting opinions and present the opportunity to debate ideas. Although CMU’s academic freedom policy states that the university “recognizes that the intellectual growth of its students requires them to be exposed to vigorous debate and differing points of view on a variety of issues,” Boudreau had faced tensions with administrators over a number of invitations. But in the past, the university took no action.

When the video of Boudreau’s class was posted, CMU was faced with a choice: Protect the rights of its faculty and face potential scrutiny, or succumb to the pressure of the mob. Although CMU’s academic freedom policy hadn’t changed and Boudreau had never before faced a discrimination complaint, the university chose to inflict the ultimate penalty on a faculty member.

After his university broke its First Amendment obligations and disregarded his right to academic freedom, Boudreau submitted his case to the Foundation for Individual Rights in Education, which worked with his union counsel to defend his rights. CMU released its investigative report a few weeks later, criticizing Boudreau’s choice to quote the slur in the judicial opinion without a trigger warning. CMU’s administration decided that Boudreau deserved dismissal for his decision to conduct his course as he thought appropriate for college students.

Academic freedom should ensure that professors and other scholars maintain the ability to express themselves freely without fear of institutional interference.

Boudreau appealed his dismissal, but CMU rejected his appeal. In February, Boudreau and CMU reached a settlement giving him salary and benefits through the end of the academic year, as reported in this article by UCLA law professor Eugene Volokh.

Professor Boudreau does not plan to return to teaching—an unfortunate consequence of the persecution and suppression of professors by administrators motivated more by appeasing students than protecting the rights of faculty members.

Nor is Tim Boudreau the first professor to face an administrative investigation into referencing a slur within an academic context. In 2019, Professor Phillip Adamo was removed from his position as director of the honors program at Augsburg University for reading aloud a passage that included the slur from James Baldwin’s The Fire Next Time.

Similarly, in 2020, Professor Jason Kilborn faced an investigation at the University of Illinois at Chicago law school for his use of a redacted racial slur in a hypothetical question posed on his final exam. Kilborn’s case demonstrates that even the use of redacted slurs may land professors in trouble. As Eugene Volokh and Randall Kennedy rightly argued in a recent Washington Post opinion piece, “educated people, particularly lawyers, should be able to deal calmly with any word.”

Cases such as these suggest that universities are regressing in their commitment to protecting professors’ expressive rights and academic freedom.

The dismissal of Boudreau, or any other professor who is punished for what should be protected speech, has a chilling effect on all professors in the classroom. Academic freedom should ensure that professors and other scholars maintain the ability to express themselves freely without fear of institutional interference. But schools increasingly decline to defend it.

In 2014, Harvard Law School professor Jeannie Suk wrote about the pressure she and colleagues faced from students to avoid the topic of sexual violence or the teaching of rape law in their courses or on their exams. Like many other professors, Suk recognized the consequences that would result from prioritizing student claims of discomfort over effective teaching. Students’ ability to learn the necessary skills and knowledge in the classroom is inhibited, if not weakened, when restrictions are placed on what (again, clearly relevant) material teachers may include in their lessons—even when those restrictions are demanded from the “ground up.”

A 2014 opinion piece by a group of humanities professors warned about the downsides of the (possibly) well-intentioned but flawed practice of requiring trigger warnings in the classroom. The article notes that professors are unable to predict what content will be triggering for students, may prevent student exposure to vital materials, and may encourage students to file claims against professors instead of seeking support.

The authors argue that trigger warnings “make promises about the management of trauma’s afterlife that a syllabus, or even a particular faculty member, should not be expected to keep.” Ultimately, the choice to use them should be up to the discretion and approach of professors.

And as universities continue to fail to protect faculty speech, students suffer as good professors decline to return to classrooms. For students to miss out on the opportunity to learn how to properly deal with differences or study the breadth of their respective subject matter is a failure of educational institutions.

Giovanni Gravano is assistant to the executive director at the Foundation for Individual Rights in Education (FIRE).

When Universities Don’t Step Up, Good Professors Are Forced to Step Down