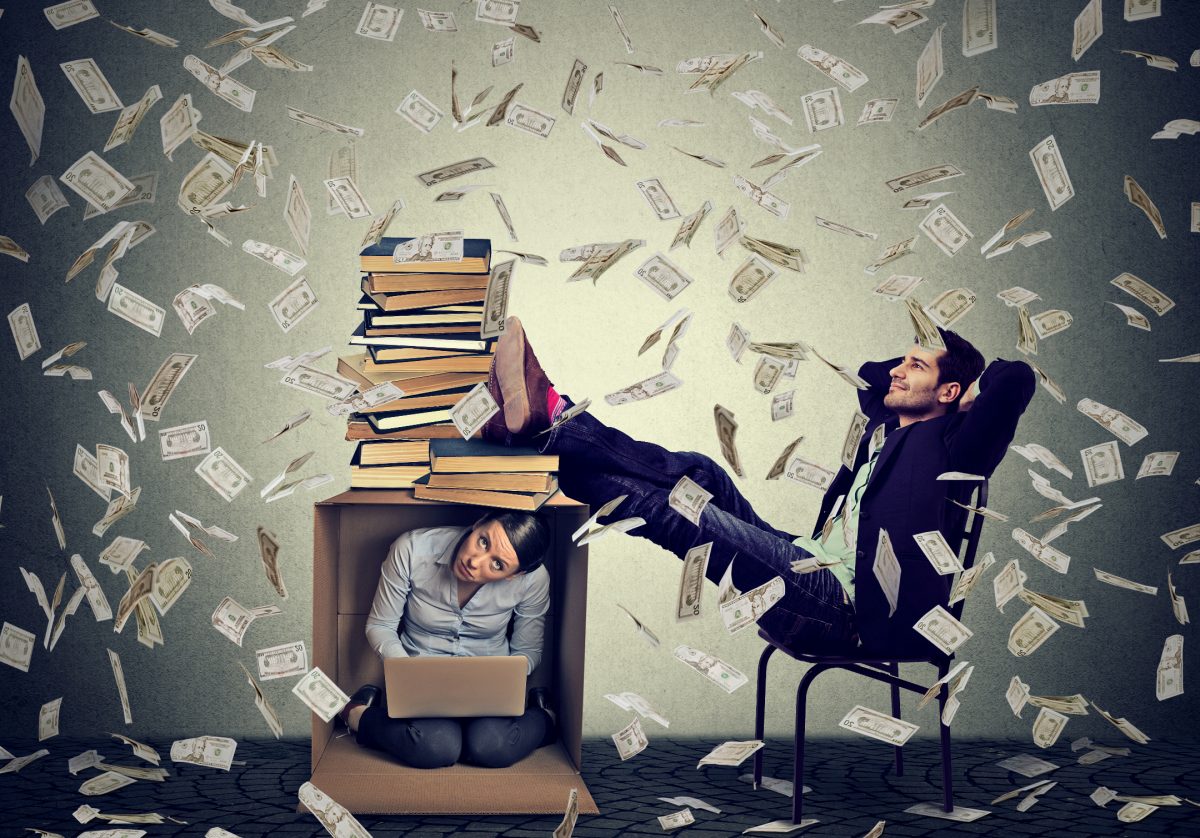 With the onset of the COVID-19 pandemic, experts within the higher education policy space were projecting that four-year colleges could face a loss of up to 20 percent in fall enrollment. While these predictions never materialized, the political infatuation with college enrollment figures is not a new phenomenon.

Barack Obama proclaimed the orthodox view of college in 2009: Sending every young person to college is necessary to both promote equity and maintain US competitiveness in the world. Under this view, more federal investment to push high school graduates into college is a “human capital investment” that leads to higher lifetime earnings.

However, little research has focused on what effect the higher price and debt burdens of college have had on college wage premiums and job opportunities for graduates.

The significance of this stagnation in the college wage premium over the past 15 years is important because this emerging pattern may complicate the orthodox view of college leading to higher lifetime earnings. Over the same 15-year period, the cost of college has grown by more than 50 percent.

That divergence between cost and earnings highlights the importance of choosing a high-earnings-ratio major when enrolling in college (or pursuing an advanced degree) to reap the largest returns on a college investment.

As wage premiums have stagnated, about a quarter of students studying for a four-year degree don’t graduate. Those students are burdened with large debt repay­ments and a lower wage premium—many of them will be financially worse off over their lifetime than high school graduates without postsecond­ary education. One 2016 NBER study notes that “Although higher education may be financially advantageous on average, the flattening of returns as costs have continued to rise suggests that college may be an unfavorable financial investment for rising numbers of individuals.”

One of the overlooked explanations for a shrinking wage premium is rooted in the education-skills mismatch.

In 2016, a World Economic Forum report found that “in many industries and countries, the most in-demand occupations or specialties did not exist 10 or even five years ago, and the pace of change is set to accelerate. By one popular estimate, 65% of children entering primary school today will ultimately end up working in completely new job types that don’t yet exist.”

The future of work will not be about college degrees—increasingly, it will be about skills.

Evidence of the mismatch between education and work skills can be seen by comparing the share of bachelor’s degrees conferred by selected fields of study with the skills businesses are currently looking for. Business survey data reveal that the skills most in demand are those used by electricians, welders, mechanics, engineers, and IT professionals.

The top-down push to drive up enrollment rates means that more graduates end up in low-skilled jobs earning low wages, while fewer college graduates get good non-college jobs. (The Federal Reserve Bank of New York defines low-wage jobs as those making $25,000 or less, while good jobs are those that pay $45,000 or higher.)

Graduates who are underemployed do not receive relevant or full-time work experience, so they can’t break into their desired field even if a job opens up. This cycle works to perpetuate underemployment further.

Though underemployment remains a notable problem among recent graduates, it doesn’t apply to all students equally.

Majors that emphasize general skills (e.g., liberal arts) have a higher prevalence of mismatch than those that emphasize occupation-specific skills (e.g., engineering). STEM majors continue to provide the greatest payoff on students’ investment and the greatest protection against underemployment, but STEM students still only account for about one-fifth of all undergrads.

A shift away from the status quo of accreditation would also help. The cur­rent accrediting system focuses too heavily on inputs, such as school facili­ties, equipment, and supplies, while accreditors who certify the ends have largely ignored educational outcomes, such as job suitability, graduate earnings, and employment patterns.

Removing regulations that focus on processes and replacing them with a “chartering model where providers of higher education submit to accountability for outcomes in return for autonomy in developing and running their programs” would compel educators to focus on preparing students for the evolving labor market.

Changes at the K-12 level are needed as well. The Common Core State Standards claim to be about both college and career readiness, but these standards should be re-evaluated in light of a rapidly chang­ing labor market. Unfortunately, the focus been heavily oriented toward college attendance and, by many metrics, has failed to prepare students for work.

Additionally, students should have broader options to pursue vocational education through income-share agreements (ISAs), whereby private investors’ apprenticeship or on-the-job training in exchange for a certain percentage of the student’s future income over a fixed period (e.g., 17 percent over 2 years).

Providing greater legal and regulatory clarity on the status of ISAs would allow for more innovative career training models without putting taxpayers’ money at risk for their potential failures. Such legal clarity would also allow traditional institutions of higher education to adopt ISAs and reduce risk for students, improve available information regarding the value of education, and increase competition between institutions of higher education.

As I concluded in a recent article in Discourse Magazine:

The skills mismatch between college graduates and the labor market is a serious problem. Policymakers need to rethink higher education policies, particularly in relation to the one-size-fits-all federal financial assistance programs, but also in relation to other public provisions aimed at driving up college enrollment rates.

With rapid technological change and an increasingly dynamic and evolving labor market, it is becoming more important for young people to weigh the rising costs of higher education with the stagnating benefits of a traditional college education.

The orthodox top-down approach of increased federal aid and arbitrary enrollment targets will not serve to remedy this problem. Instead, policymakers should approach the issue of stagnation in the college wage premium by better aligning skills with labor market demand.

Jack Salmon is a research associate at the Mercatus Center at George Mason University. His research focuses on the US economy, federal budget, higher education, and institutions and economic growth.