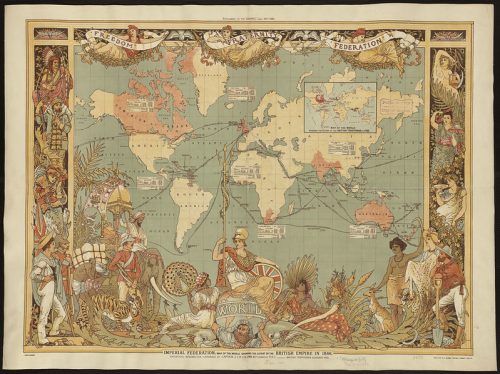 Nowhere is “cancel culture” more deeply entrenched than in academia; it was commonplace there long before the actual phrase was coined to describe the current social media phenomenon. The gears of academia keep grinding away dissenting opinions, despite occasional paeans offered in the name of academic freedom. Those who propose uniquely original ideas can face all manner of retribution, from subtle digs from colleagues and administrators to the loss of employment.

One such situation is occurring at Portland State University in Oregon. The political science department has rewritten its by-laws to distance itself from professor Bruce Gilley. Among the changes is the creation of a process for making statements of condemnation against department members whose work offends a consensus of the department.

Gilley, who is tenured, is no stranger to controversial research. In 2017, he published an article titled “The Case for Colonialism,” in which he suggested that European colonies in the Third World were both beneficial and legitimate, as they generally increased the local standard of living and were often supported by a significant portion of the local population.

Obviously, such a hypothesis goes against the academic zeitgeist; it was considered deeply offensive and decried throughout academia and elsewhere. The editor of the journal that published it, Third World Quarterly, even resigned his position out of fear for his physical safety.

However, Gilley was neither cowed nor chastened by the criticism and threats directed at him. He has continued to write articles questioning the accepted orthodoxy in his field—and has added activities such as defending free expression on campus, calling for the reform of university governance, and speaking out on matters of public policy. As can be expected, these pursuits are not ingratiating him on campus and off any more than his 2017 article did.

But the question of whether an author is deserving of academic freedom does not rest on whether people like the idea expressed; unpopular opinions are an important reason why free speech and academic freedom protections exist in the first place. Rather, academic freedom is afforded to scholars because their work meets standards of rationality and method. Or, in some cases, it may be denied because their claims are unnecessarily venal.

Gilley’s scholarship and policy critiques meet all of these criteria. His work on colonialism is empirical, rational, and serious; it presents a point of view that many have pondered without conducting the research to back it. He also writes without the sort of unhinged hostility seen from former Drexel University professor George Ciccarello-Maher, who tweeted “All I want for Christmas is white genocide,” or former Virginia Tech professor Steven Salaita, who praised the kidnapping and murder of Israeli teenagers. Gilley damns no one, but merely presents evidence and draws logical conclusions from it.

The PSU political science department correspondence acknowledges Gilley’s professionalism; it alleges neither academic misconduct nor personal misconduct on his part but affirms the opposite. In a report on him prepared by two faculty members at the request of the department chair and in other intradepartmental communications, there is some consideration to the possibility that taking action may violate the sense of fairness underlying academic freedom protections. For instance, the report states that no one “questioned the notion that Professor Gilley’s research agenda and extramural activities stemming from it are protected by academic freedom.”

Indeed, there is a certain passive-aggressiveness to the political science department’s discussion about Gilley. The report raises the possibility that “university administrators may be tempted to interpret” Gilley’s critique of university policy as unprotected speech subject to Garcetti v. Ceballos strictures. That 2006 Supreme Court decision narrowed the longstanding legal standard of Connick v. Myers, which said that public employees speaking out about workplace issues depended on whether their speech was a matter of public concern. Garcetti made Connick only binding if the speech was made with the employee acting as a private citizen and not acting as an employee. But the PSU political science department’s report on Gilley does not press for the use of Garcetti; instead, it declares that Gilley’s policy criticism is “surely a commentary on a matter of ‘public concern’ and therefore protected by the First Amendment” and that “we would encourage the faculty to oppose any such action by administrators.”

Other measures were discussed—including the implementation of “shadow classes” for students who were so offended by Gilley’s research that attending his class was unthinkable. Legal precedent and American Association of University Professors disapproval, however, block the use of shadow classes, and the idea was dropped.

Yet, the departmental communications still recommend some manner of action to deal with Gilley—just because? The unspoken reasons can only be ideology and fear of opinion—and the possibility that he may be an effective voice against the progressive monopoly of intellectual life in Oregon.

What is really at issue is that Gilley’s scholarship is controversial and outside the narrow ideological lines permissible in much of academia and in the general Portland community. The same goes for his criticism of the academy and public policy analysis. A “confidential” email by department chair Melody Valdini to other department members (but not Gilley) called for urgency in taking department action against him due to his March 2020 article asking whether the hidden costs of shutting down the Oregon economy could be worse than the costs of the disease. (That is a question that should have been asked by everybody from the state governor to the “man on the street.”) “We need to talk about steps regarding Bruce,” she implored her colleagues. “It is time to make some decisions.”

In the end, three resolutions were added to the political science department’s governing by-laws:

The first two are relatively benign and reasonable. The first was already expected of faculty members for all their scholarship; the new resolution merely emphasizes that faculty members are independent scholars and speak only for themselves. The second is a courtesy to the department chair, who may be faced with additional work communicating with people outside the department when a department member’s writing or speech garners public attention.

It is the third of the three resolutions that is disturbing. It offers a path for politicized faculty members to “police” colleagues whose research or speech does not pass ideological tests. The actual process approved by the political science department is chilling: a single faculty member with an axe to grind against another can propose a statement of condemnation against the other’s extramural statements. The statement is secretly sent to, first, the department head, and then to all other faculty except the one who is under attack. The decision to proceed is made according to a consensus of the department, without the controversial member’s knowledge.

What is really at issue is that Gilley’s scholarship is controversial and outside the narrow ideological lines permissible in much of academia and in the general Portland community.

Next, the controversial faculty member is informed and has a chance to respond. After revisions, 2/3 of the department must approve the statement for it to become official.  That is no high hurdle in today’s monolithic academy; the political imbalance in the social sciences and humanities is roughly 12 Democrats for every Republican nationwide. Furthermore, the middle ground is disappearing; in many departments, there are more open communists than there are Republicans. Given this political climate, the new process is a blueprint for condemnation of legitimate scholarship based on ideological reasons.

And although the statement is not an official “censure,” it can be used to isolate the dissident professor. Isolation is no small matter, more than an aggravation. The secretive process and subsequent statement suggest that Gilley is no longer a member of the department with unique perspectives, but that he is no longer one of “us.” If one is excluded from the group, it can be deduced that the group no longer needs to respect his or her possession of the special right accorded to the group: academic freedom.

Also troubling is the secret nature of the department’s activities. Gilley only became aware of the department’s activities against him after it was nearly complete, and the third resolution is designed to proceed in the same secretive manner. This places the controversial professor at a great social and professional disadvantage, not realizing that his or her colleagues are conspiring against him.

PSU’s political science department’s conduct toward Gilley—and any others who may speak outside permitted boundaries—is an affront to academic freedom. It is likely to stifle creativity and originality, isolate independent thinkers, and confine scholarship to a narrow orthodoxy. These are not scholars, but small-minded gatekeepers to the academy keeping the free thinkers out of their sanctuary.

Portland State is a public university; it does not belong to those who work there for a time, but to the people of the state. It should be open to all who abide by the rules of scholarship without fear of denunciation from his or her ideological opposites.