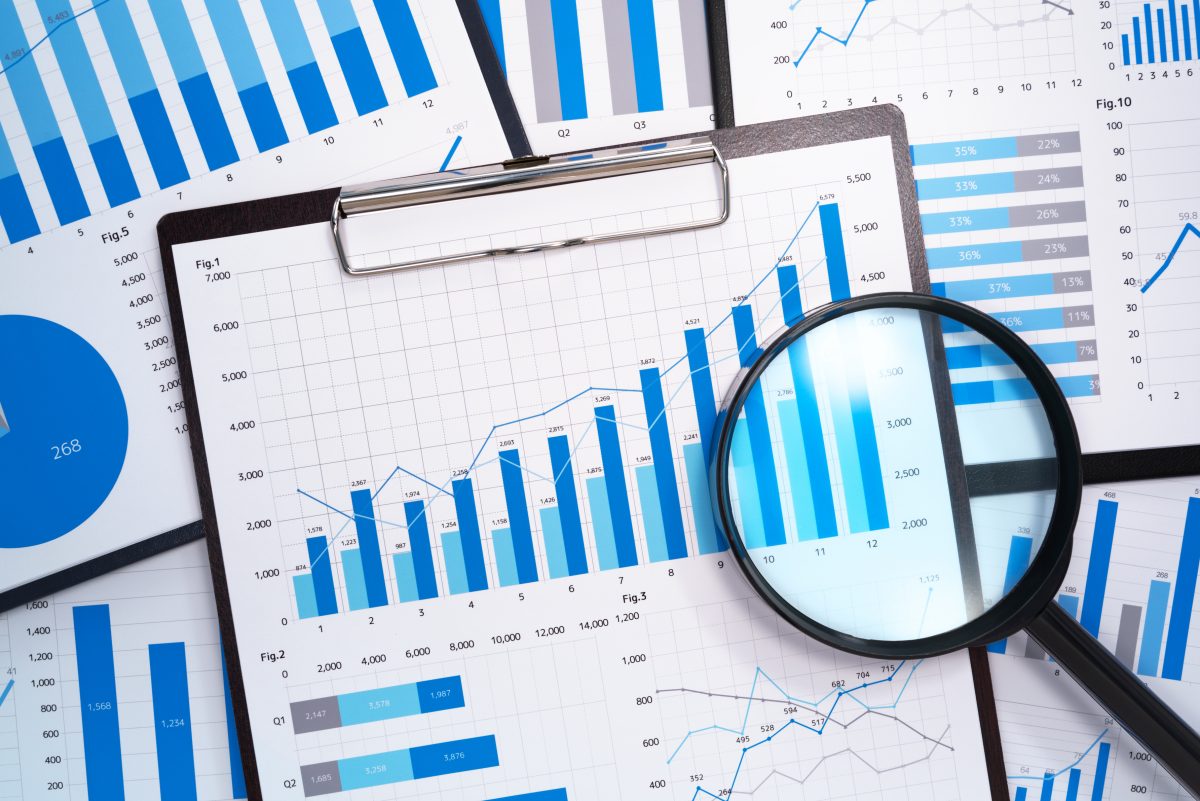 Many higher education institutions are indeed threatened. But their demise may not be inevitable; the problem may not be endogenous factors but how they are managed, and that can be corrected.

Still, the scenario has looked bleak for many small private colleges. Former Harvard Business School professor and management guru Clayton Christensen predicted that half of American colleges would shut down by 2030. One new study, “The College Stress Test, Tracking Institutional Futures across a Crowded Market”, is less alarmist than Christensen, albeit still quite concerning. The authors summarize the public conversation of higher education. They depict it as suffering a gloomy future, particularly for small, private, tuition-dependent colleges, “whose fate has already been sealed…higher education is on the brink of a crisis, and schools need to sit up and take notice.”

The smaller and more tuition-dependent an institution is, the more vulnerable it is. At many of these places, any loss of revenue can be dire. Former president of the Appalachian College Association Alice Brown wrote that “having ten fewer students than expected is a serious financial problem. Having thirty fewer is a disaster.” Former chancellor of the Minnesota State University and University of Maine systems Terrence MacTaggart characterized the situation facing small, private, low-prestige institutions rather bluntly: “Small private colleges without a distinctive niche face a harsh reality: Change for the better or risk decline and possibly going out of business.”

A business facing environmental changes of this magnitude would be expected to pivot rapidly by entering new markets, developing new products and services, jettisoning legacy systems, and rapidly innovating. Higher education, however, does not operate at the speed of business.

Decision-making in higher education does not rest solely in the executive ranks; it is often paralyzed because governance is shared between the board of trustees, the president, and the faculty.

Augustana College’s president, Steven Bahls, wrote that shared governance is broadly understood to have certain guidelines about who has authority over different spheres of activity: the faculty taking charge of the curriculum, the president conducting day-to-day management of the college, and the board having responsibility for fiduciary oversight, stewardship of the institutional mission, and hiring/firing of the president. In practice, however, this ostensibly clear-cut delineation of authority is not actually clear and can be a significant impediment to making decisions and taking action. Rather, it becomes a political process dedicated to balancing competing interests; the resultant horse-trading inevitably defers action.

This political process of shared governance is just that—political. According to Jay Schalin, the director of policy at the James G. Martin Center for Academic Renewal, most private college and university boards are effectively the owners of the institution and legally have the final say, yet they commonly relinquish that authority to the president and the faculty. If an institution is in decline and on a path to closing, it is the board of trustees that is ultimately to blame. College presidents Brian Mitchell and Joseph King state: “The institutional buck generally stops with the trustees—and therein lies the problem.”

The problem is that the board has shunned its fiduciary duties by abdicating responsibility to the president and the faculty.

The problem is that the board has shunned its fiduciary duties by abdicating responsibility to the president and the faculty.

If that sounds like the point of view of a trustee, that’s because it is. I have been a member of the board of trustees of Westminster College in Utah for over 12 years. It has been one of the great honors of my life to serve on this board. Nevertheless, I have frequently been frustrated with the pace of, or in some instances, resistance to, change. I chose to channel that frustration into the pursuit of a deeper understanding of how boards of trustees resist or contribute to change. Ultimately that led me to enter a PhD program in Leadership and Change at Antioch University; my recently completed doctoral dissertation is entitled: “Turning Around Small, Private, Tuition Dependent Colleges: How Boards of Trustees Impact Decline and Turnaround.”

This comparative case study of three colleges that flirted with going out of business but managed to turn things around focuses on the actions and attitudes of the board of trustees, rather than focusing just on the president.

I will begin a brief description of my findings by delineating the reasons why these three colleges were struggling in the first place (The Decline). Then, I will describe how they were able to recover (The Turnaround), followed by some expectations for the future (Now What?).

Each of the institutions I studied suffered from what small college turnaround consultant Ruth Cowan called “problem blindness.” One of them was egregiously so; that institution was effectively insolvent, unable to make payroll, and buried under a mountain of payables, yet the board thought everything was fine. The other two boards were aware of their financial troubles, but they tolerated year-over-year deficits, choosing to believe that the deficits were episodic rather than structural. Regardless of the reasons for problem blindness, the result was that each of the three colleges squandered millions of dollars.

Deference to the President

Compounding the problem blindness of the boards was the way that each board was overly deferential to the president, contributing to these presidents engaging in wasteful, misguided, and risky pursuits. Deference to the president is inherent in the governance of U.S. colleges and universities; this is due to an asymmetry of information problem. Board members are largely volunteers and predominantly have backgrounds in business and law. Their awareness of what is going on at their campus and in the broader landscape of higher education comes almost exclusively through reports and updates provided at quarterly board meetings. Administrators, on the other hand, are usually long-term academics who are intimately acquainted with almost everything that occurs on their campus and highly informed about higher education in general. It is therefore only natural for board members to defer to the president.

The interdependence of the board and the president can be a real strength of the presidency, however, it can also lead to what long time college trustee and US Appeals Court Judge Jose Cabranes described as “back him or sack him” whereby trustees believe they should unequivocally support the president until he or she becomes objectively and obviously unfit for the position.

Loss aversion is what an Antioch University professor of education, Jon Wergin, described as the tendency to act out of fear of loss rather than to seek out the potential for gain. It is a psychological trap that people fall into in which they remain in doomed relationships or continue to gamble rather than cut their losses and walk away. Two of the institutions I studied retained presidents long past the time that enough evidence was in that they were objectively unfit. Loss aversion, plus a strong tendency to stay the course because of a past commitment even though doing so is harmful, creates an environment that makes it extremely difficult for a board to fire a president.

Optimism bias can lead to a systematic fallacy in strategy and decision-making that Nobel Prize winner Daniel Kahneman calls  “the planning fallacy.” In this dynamic, decisionmakers tend to underestimate costs, completion times, and risks while overestimating the benefits. Kahneman suggested that the root cause of the planning fallacy is decisionmakers taking an “inside view,” focusing on the specifics of a plan or budget. The planning fallacy can be mitigated by “reference class forecasting” whereby decisionmakers find a reference class of similar projects that have already been completed. The actual results of those similar projects can be used to help form an “outside view” that is almost certain to be less optimistic than the inside view.

The very nature of private college governance is a breeding ground for optimism bias. One reason is the expectation that boards will defer to the president until he or she clearly proves to be unfit. Another is the omnipresent problem of information asymmetry between the administration and the board.

Without overt effort on the board’s part, the inside view is likely to be their only view. So, if a president presents a budget to his or her board of trustees, the inertia created from the confluence of these factors all but guarantees its approval, regardless of the accuracy of the numbers. One problem with this is that expense levels are going to be set based on the approved revenue projection. In higher education, it is extremely difficult to cut expenses if the revenue doesn’t materialize. This means that not only is money wasted on unnecessary expenses, but the school may have to borrow the money in the first place.

Perhaps the most surprising finding from this study is that the key to these turnarounds was not some big transformational idea. In all three cases, each college had all kinds of operational issues that needed to be fixed to turn the college around. These problems include poor financial controls, bloated payrolls (faculty; staff), meager marketing, lax enrollment management, weak information technology, wasteful spending, and debt that needed restructuring.

The most important factor in each of these turnarounds was the board hiring the right president. While the circumstances at each college were as different as the presidents are themselves, the skills they brought to the job were quite similar.

Norman Smith, who led the turnaround of Wagner College in New York, said that “turnaround presidents” need to be skilled in finance, marketing, operations, and fundraising. They tend to be more like corporate CEOs. Alan Hamelin, professor of management at Southern Utah University, and Curtiss Hungerford, professor of educational leadership at Brigham Young University, wrote that “Rather than the administrative faculty leader of old, who spent much time with curricular and academic issues, the private college president of today is becoming more of a salesman.”

Institutions that have engaged in a change agenda that addressed at-risk characteristics and improved academic quality, reputation, and financial strength needed a “change adept” board, according to Terrence MacTaggart. Change adeptness begins with accepting that there is a crisis. Recognizing such a problem usually requires what Jack Mesirow, the father of transformational learning theory, called a “disorienting dilemma” that leads to critical reflection and then transformation.

Prior to the pandemic, there were several hundred institutions that looked like the institutions I studied that managed to successfully turn around. The pandemic at the very least will be an accelerant for boards to take action to save their at-risk institutions.

My suggestion is that they begin by dusting off the job description used when hiring their current president. Does that job description look like a turnaround president? Does your president have the skills and temperament to lead your institution through this crisis? LauraAnn Migliore, an organization and executive strategist, starkly states, “Governing boards have the power to build or destroy the educational institutions they serve.”

Institutions that survive this crisis will be the ones that recognize and act upon this power. Boards of small, private, tuition-dependent colleges are going to have to be more engaged, inquisitive, and assertive than ever before. Old, ineffective, hands-off strategies like “back him and sack him” aren’t going to turn around a struggling institution.

Michael Bills has served as president of ConexED since 2015. ConexED is the leader in virtual student services in higher education. He completed his PhD at Antioch University’s Graduate School of Leadership Change where his research focused on higher education leadership and governance.

Saving a Struggling College Starts with the Board